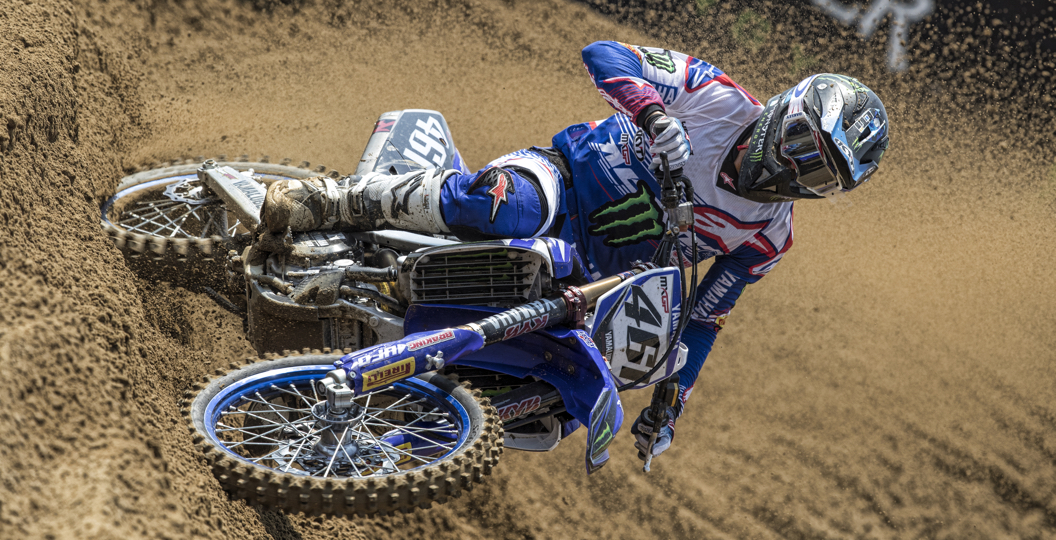 Now that the new year is just around the corner, Youthstream have released a list of officially-approved teams for the upcoming FIM Motocross World Championship. There will supposedly be an updated list at the end of January, but this one certainly has everything that you could possibly want to know. Do you think something is missing? Email [email protected]

Note: It is also worth noting that Team HRC have picked up a major sponsor for next year in the form of HSF Logistics. Brian Bogers is currently out injured, following a crash in training, and is not expected to return in time for round one of MXGP.

Note: There has been no confirmation from this team, but the OAT list from Youthstream has confirmed that Petar Petrov will be beneath their awning. The second rider is down as TBA, but it’ll be Arminas Jasikonis. Stamp that.

Note: Initial rumours suggested that a third rider would land on this team, but that will not be the case after all. This is a solid effort from a new squad.

Note: Carglass Honda were initially unsure whether they were going to enter the MXGP division or not, but it now seems as though they will not.

Note: The Rockstar Energy Husqvarna Factory Racing teams will strip back to two riders next year, after running three in each class this season.

Note: The 8Biano Racing Husqvarna team will just focus on MX2 next year. Tanel Leok will run a Husqvarna at the European rounds from a private team, but it remains to  be seen what Rui Goncalves is going to do. It seems that he will not be going racing.

Note: The STC Racing outfit were restricted to the European rounds this year. However, they have now partnered up with Sturm Racing and will be racing the full FIM Motocross World Championship. Two riders will supposed to sit alongside Jacobi in the MX2 category, but Jacobi was the only one on the OAT list.

Note: Tanel Leok will be at the European rounds of the FIM Motocross World Championship and work from beneath his own awning.

Note: It remains to be seen what rounds of the FIM Motocross World Championship Lars van Berkel will compete in, but he’ll be at a couple.

Note: Kevin Strijbos has not been announced as the second rider on Standing Construct KTM, but the OAT list let the cat out of the bag. Everyone knew that anyway, right? There was an exclusive interview with the team owner, Tim Mathys, on MX Vice earlier this month.

Note: Hitachi KTM UK finally announced their plans at the Dirt Bike Show and there was a pleasant surprise: The squad will receive some factory support. It also seems that ASA Scaffolding will have a large presence on the bikes, but it remains to be seen if that’ll be as a title sponsor or not. Hitachi KTM UK is the official name of the team.

Note: The CreyMert outfit stated that they will have an MX2 rider, who will compete in the European rounds of the FIM Motocross World Championship, but there is no name on the OAT list. They could sign someone at a later date, of course. There will be updates as soon as we receive them.

Note: Mahi Villanueva Sanchez will race in EMX250 for Silver Action KTM, Gianluca Facchetti will be in EMX125 and Amandine Verstappen is scheduled to partake in WMX.

Note: David Herbreteau is expected to compete in all of the European rounds. It remains to be seen if he’ll have a teammate on VHR KTM.

Note: The LRT KTM set-up will stick around with Davy Pootjes. Pootjes will be on a similar programme to what Julien Lieber had this year.

Note: Marc de Reuver will train Ruben Fernandez and Jed Beaton. Adam Sterry, on the other hand, will continue to work with the RMJ Academy.

Note: Bud Racing will return to the MX2 class with Brian Hsu, but also have Brian Strubhart-Moreau and Pierre Goupillon will feature in EMX250.

Note: Tim Edberg, Jaydon Murphy and Brad Todd will represent the squad in EMX250. Adam Kovaks will ride in EMX125, Manuel Iacopi will be in EMX300 and Kathryn Booth will join Lynn Valk in WMX.

Note: The Ausio Yamaha team will also be represented in the EMX classes, but those riders have not been announced yet.

Note: Simone Furlotti will enter the FIM Motocross World Championship with this team next year and Alvin Ostlund will join him. The pair will contest all of the MX2 rounds, then Maxime Renaux and Alessandro Manucci will be in EMX250.

Note: The biggest question mark on this list. Suzuki have withdrawn their MXGP and MX2 teams from the series, but thankfully a lot of the riders have found deals. It remains to be seen what Arminas Jasikonis will do, however, but it does seem as though he has something in the pipeline. Stefan Everts also spoke exclusively about Suzuki’s decision to step away.

Note: 24MX Honda recently announced that they will not be returning to the MXGP paddock for the new season. Ken De Dycker retired earlier this year, so does not need a new ride, but it remains to be seen what Damon Graulus will do.