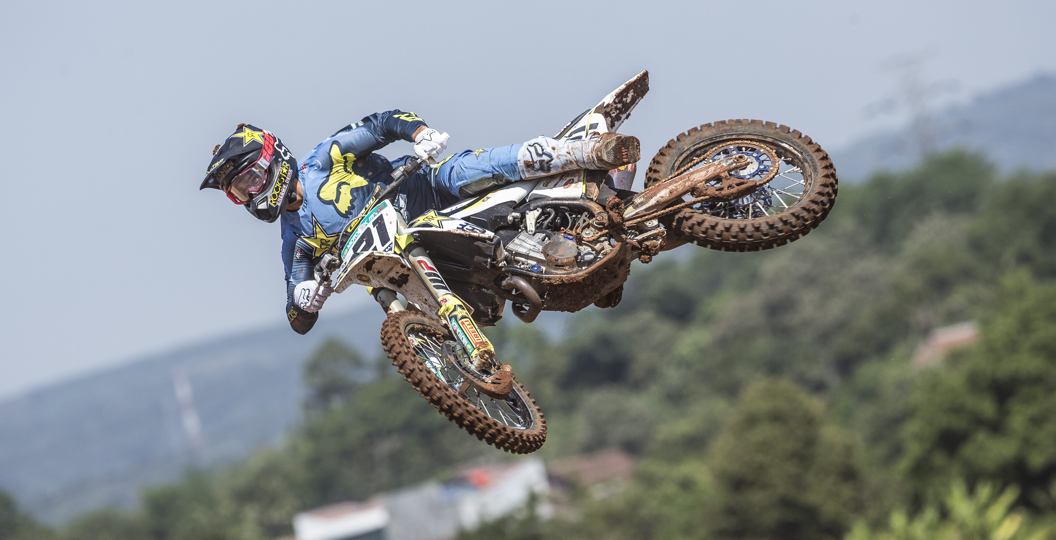 Milestone have released many motocross games now, as the title that was released two weeks ago was their fourth MXGP game. It is incredible that a developer is so dedicated to the FIM Motocross World Championship but now, a little less than four years on from their first go, players demand excellence. Most are well aware that this is not their first rodeo.

Giving the fourth title in their franchise that name was supposed to indicate that Milestone were taking another step towards providing a realistic experience. The third edition was enjoyable for different reasons, but there were many quirks and faults that it was mediocre as a whole. It was possible to hit insane speeds and do flips down flat straights so, yeah, it was far from realistic. There was a lot of work to be done to this new game, hence why some were more sceptical than ever before. It seems the necessary steps were taken in order to produce a well-rounded game that really is realistic though.

It is normal to start a game with a stock bike and no additional parts, but that is never much of a problem. Throwing a game into a console for the first time and immediately taking a win against the hardest Ai, with pro physics and no practice laps, is quite normal, but this game is different. Although it is possible to do that on this, the physics ensure that getting lazy is just not an option. There have been a few comments online that the Ai are much improved and, although they have been refined slightly, it seems as though the physics are what really make the difference to players.

It is harder to win consistently, mainly because of the fact that throttle control and body positioning are so important. Coming out of a turn aggressively can be a recipe for disaster, depending on bike settings, and running it in hot can be as well. There is a chance that may sound familiar to the previous titles, as the second game punished those who attempted to force something. It was ridiculous on that title though and took away from the gameplay; it was just impossible to battle. This is different though and crashes only happen when required. It is important to stress that players can have close battles and get aggressive.

It has always been possible to change bike settings on motocross games from different developers, but doing that has never made much of a difference to the gameplay. One must get rid of that thought process now, however, as it is important to make tweaks before every race. It really does change the way that the physics work and how sluggish the bikes feel out of the corners. Going the wrong way with settings, which is easy to do, also makes it harder to ride and keep up with players online. Take note of the little hints and tips at the bottom of the settings page in the pit area. Those will alter your experience.

Expanding on the bike settings, a player must make changes to their set-up on every single track in order to be good at the game. Every change makes a massive difference to the way that bikes respond. It just keeps you on your toes, which adds to the longevity of the game. Every single race is different. Using the aggressive mapping whilst doing a mud race at Ernee is not a good idea at all, for instance, so things like that must be considered. It is also possible to make changes to suspension, the wheelbase, brake response and gearing. It is an in-depth experience and one that fans have just been crying out for.

The weather was mentioned there and is certainly worth expanding on. Milestone introduced muddy races on the previous game and, well, it was not good at all. It did not necessarily impact the way that bikes performed, but just slowed everything down and made it feel like you were stuck in second gear for a race. This is different though and more focus is put on throttle control, along with line choice. The popular lines do actually become slicker than other parts of the track. It is peculiar that does not happen on all of the circuits though; Ernee turns into an ice rink, but Villars sous Ecot just feels dry when it rains.

The greatest gripe that I have with the game is that the random weather option is really not random at all. If you start an online series, then it is almost guaranteed that eighty percent of the races will be run in the rain or on a wet track. It was the same on the last game, but it was possible to remove the random option on that one. However, for some reason, it is not possible to alter the weather online anymore. It really does take away from the racing and drive some players away. It is a minor thing, as a far as complaints go, but something that is really irritating.

What else stands out on the game? The previous FIM Motocross World Championship season featured a lot of different tracks (Pangkal Pinang, Ernee, Orlyonok, Ottobiano, Agueda, WW Motocross Park, Uddevalla and Villars sous Ecot), so all of those are new to MXGP Pro. Four of those were featured on the first two Milestone games, sure, but it is still nice to have some tracks that were not available on the previous game. It helps keep things fresh. Agueda is undoubtedly the best track on the game, as it is built perfectly and has so many different lines. WW Motocross Park was a little disappointing, on the other hand, as one part of the track is so narrow that it feels like you are trail riding.

All of those tracks are visited in the career mode, of course, which resembles the real series more than ever before. There are two options in the career mode; standard and extreme. The former allows players to alter settings as they wish, whilst the latter has all of the hardest options locked in. The only problem with the extreme version is that a player must run the races at full length and, really, who has the time for that? There are more credits on the line though, which would come in handy. All of the bikes, parts and gear are much more expensive than they have been on past games.

A final point to consider is that the Motocross of Nations mode has been removed. This is not too much of a loss, as it really did not add much to the previous titles. It is disappointing that Matterley Basin is not on the game though, because playing the new layout would have been very exciting. It would not be surprising at all if the British Grand Prix pops up as DLC in a couple of weeks though. Perhaps the MXoN will return in the next game? There will be an MXGP Pro 2 next year, as Milestone were scanning riders for that at Ottobiano a couple of weeks ago and confirmed the name.

Motocross fans have learnt to settle for mediocre games in the past. MX vs. ATV Reflex is used as the benchmark for games, mainly because of its gameplay, but most forget that it did not have a career mode and only had a couple of tracks. MXGP Pro is the complete package and a sign of just how far the industry has progressed. Forget what you thought of the previous Milestone games, as this appears to be a fresh start and is worth exploring.