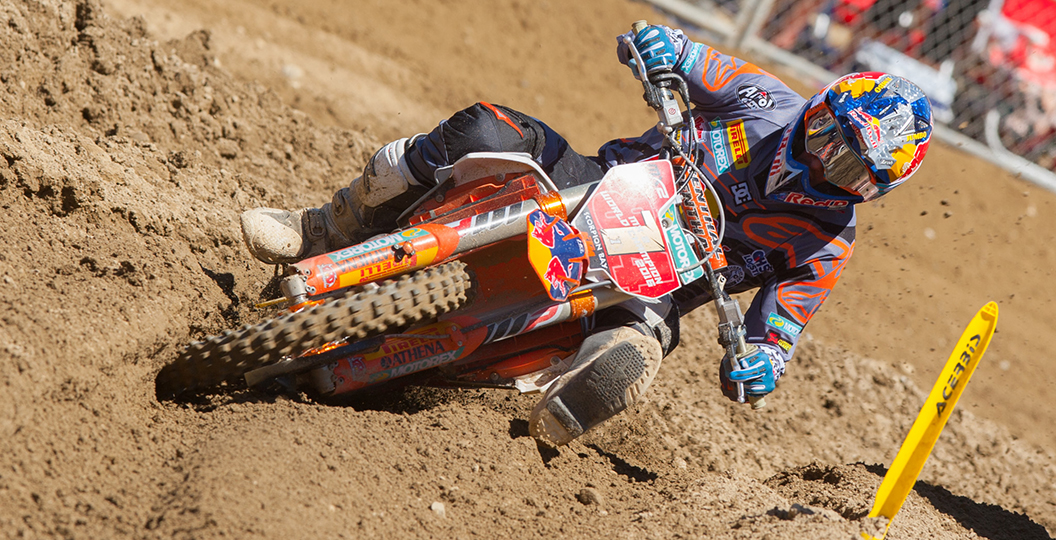 An influx of team announcements and the unveiling of the 2017 FIM Motocross World Championship calendar has turned attention to what promises to be an exciting season in MXGP. An additional two rounds will ensure that it is one of the busiest calendars in history also, a frightening prospect for some of the smaller teams in the paddock.

Even some of the larger factory teams have been left bewildered, as the first edition of the calendar featured eighteen rounds and, consequently, budgets were allocated around that. The good news for all involved is that there is one less flyaway next year, although the Russian fixture could perhaps be just as taxing as far as logistics are concerned.

Qatar will once again act as the starting point and, as I have alluded to on countless occasions in the past, I feel it is a fitting first fixture. The intrigue that surrounds such an unusual location only adds to the spectacle that is round one, then the opportunity to create unique gear and parts that blossom beneath the lights creates hype and excitement. A wet opener in Europe, where admittedly there would be in an increase in attendance, does not boast those same qualities. Would Losail have the same lure if it was round five? I honestly doubt it, but that is why this layout of the calendar works.

Following a handful of ill-fated attempts at replicating the success that was enjoyed at Si Racha, the inaugural Thai Grand Prix, round two will move slightly further south to Indonesia. The facility actually sounds quite impressive and also sandy, which is a poignant characteristic at a round such as this. A man-made circuit tends to produce much better racing with a softer surface, simply because more lines and mistakes are prompted. That is a contributing factor to the success that has been enjoyed in Argentina, a nation that will occupy a slightly earlier spot on the schedule next year.

Italy, round five, will mark the first European stop for the riders and teams, as it did last year, but Maggiora will act as the host, rather than the Pietramurata circuit (that has slid back to a less-demanding date in June). The four rounds that follow Maggiora feature each year with minimal issues, so there will be very few unpleasant surprises in that period. The MXGP circus will then venture into Russia, however, for the first time since 2012.

The Orlyonok circuit is new to the FIM Motocross World Championship, but did play host the youth version of the series earlier this year in what could be considered a test run. That event acted as confirmation that the hard-pack circuit is more than capable of entertaining an event of this nature so, although a trip to Russia may seem intimidating, that should calm your doubts somewhat. The previous edition of the Russian Grand Prix also serves as proof that fans will march towards the facility in droves.

Agueda will make a welcome return to the calendar three weeks later, much to the delight of many riders that had previously pegged it as one of the more enjoyable races, before the microstate of San Marino has a stab at hosting a Grand Prix for the first time since 2000. Although the Baldasserona venue will be new to all involved, it is safe to assume that most features will resemble an Italian fixture.

The following three rounds, fourteenth to sixteen, follow the same pattern as this year, but then the series will return to the historic circuit of Uddevalla after a year-long hiatus. Track conditions have been a reoccurring complaint in Sweden in the past, but you would presume that alterations have now been made to ensure that the surface will be prepared to the highest of standards.

A brief trip across the Atlantic to Charlotte, which will take place a day later this year, will follow the Swiss fixture and ensure that the United States still has a presence in MXGP. There is a lot of potential with the Charlotte Motor Speedway, so it is only right that they continue to build on what they established with their first event this year. It is, however, a great shame that the series will no longer visit Southern California, but what can you do when the locals just refuse to acknowledge it?

With Glen Helen absent from the calendar, Villars sous Ecot stepped up to host the finale. The venue, which returned to MXGP just last year, met all of the stereotypes of an old-school European circuit and was a welcome addition. Track preparation was again a hot topic though and will undoubtedly be scrutinized when the series concludes there in a little under a year. Is it a smart idea to have two rounds in France? Sure, because Villars sous Ecot really is not too close to Ernee at all and, even if it was, there are more than three months between the two fixtures.

Obviously there is no British stop, because the Grand Prix contingent will head there for the Motocross of Nations and, traditionally, a circuit does not play host to the MXoN and a FIM Motocross World Championship round in the same year. Nostalgic fans are crying out for a return to Foxhill, but it is nowhere near capable of handling an event of this size nor is it suited to great racing in this current era. It’s time to let it go.

Laying out the structure of the calendar in a format such as this really makes you appreciate just how long and demanding it is going to be. Only the best will survive, but isn’t that what you want from a series that crowns the greatest motocross rider in the world?