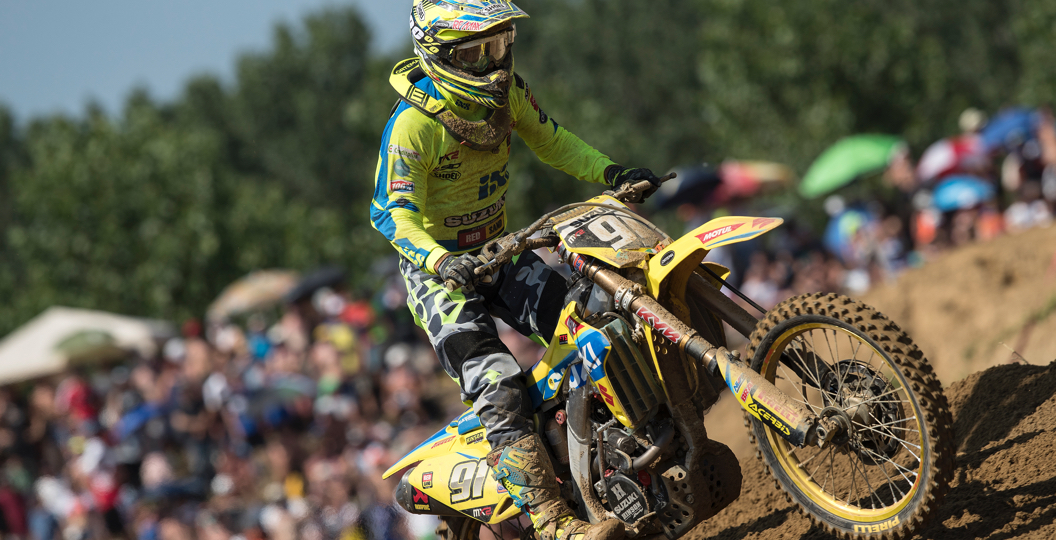 It was one of the worst kept secrets in the paddock, but it has finally been announced that Jeremy Seewer will tackle the upcoming FIM Motocross World Championship with support from Wilvo Yamaha MXGP. The five-time Grand Prix winner, who narrowly missed out on claiming the crown in the MX2 division, was left out in the cold when Suzuki pulled their teams from the series in September.

Considering how dire the situation seemed just two months ago, there is no doubt that this is the best possible solution. Although the relatively-new Wilvo Yamaha MXGP team is not the same as the Monster Energy Yamaha Factory Racing effort, the relationship between the two is undoubtedly the strongest in the paddock. Yamaha have done a superb job of establishing a family of teams within the MXGP series that appear to be on a level-playing field. Red Bull KTM would be the only option, if an elite rider was hunting for a seat on orange machinery, whereas Yamaha have ensured that there are countless viable options. Anyway, the ethos that Yamaha has is a conversation for another day.

With Jeremy Seewer alongside Shaun Simpson and Arnaud Tonus, is there going to be a more well-rounded and personable team in the paddock? That goes a long way in this current age where social media and coverage across all platforms is almost as important as results on the track. This aspect is particularly important for an operation like Wilvo Yamaha MXGP, which is going from strength-to-strength with each race that passes. Many teams have come and gone over the years, as most are aware, but having likeable riders and a professional approach does wonders. It already feels like they have been around forever, right?

There were rumours floating around that Benoit Paturel was going to take that third spot, then Jeremy Seewer became a more attractive option right at the end of the season. Now, astonishingly, some feel that it is fairly difficult to pick between those two, but Seewer already has the edge. Those points outlined previously, regarding the way that he holds himself away from the track, make him hot property. Personalities like that are hard to come by in MXGP too, based on the different backgrounds and cultures that riders emerge from. Some struggle to radiate confidence when speaking in a foreign language and that can make it tough for fans to relate, which has a knock-on effect on their social media presence and in turn how they appear to potential suitors.

Picking up an MX2 graduate ahead of their maiden season in the premier division can be risky anyway, but there is already data that suggests that Seewer will be competitive right from the start of the season. The speed that he showcased in the Open division at the Motocross of Nations was particularly impressive, for instance, as he was third in the practice session and qualifying heat on Saturday. The results on race day were not quite as good, although he did log a top-ten finish in the final moto and narrowly beat Arnaud Tonus. Five seconds separated the pair at the chequered flag.

The battle beneath the Wilvo Yamaha MXGP awning should be rather intriguing actually, as it is tough to point to a potential leader at this stage. Jeremy Seewer arguably has the most potential on his side and is the ultimate wildcard, but then Arnaud Tonus was very good at points this season. Remember when he stalked Antonio Cairoli at Pietramurata? Shaun Simpson could log the best results too, as he was competitive earlier in the season. Various injuries stopped him from achieving the results that he is capable of in the second half, but those are firmly in the rear-view mirror now.

Wilvo Yamaha MXGP are certainly a team to watch, as it seems as though their growth will be rather quick. The fact that they locked Jeremy Seewer up for two years shows their dedication to racing and reaching the highest level. The question is, how long will it take for them to reach the very top?