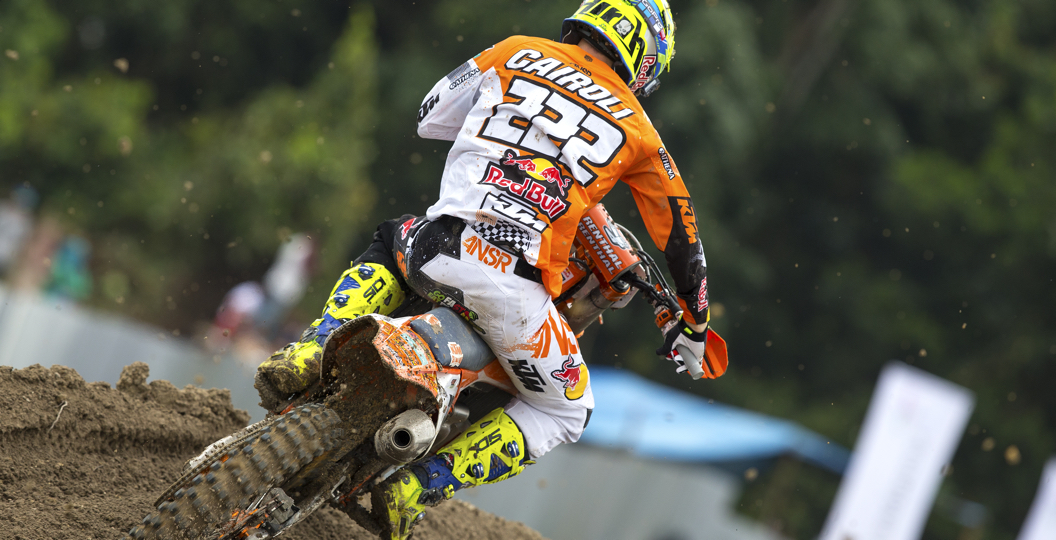 The third FIM Motocross World Championship round will be held at the spectacular venue of Neuquen, in the depths of Argentina, so the Grand Prix contingent are currently familiarizing themselves with the extravagant surroundings. This is obviously the third time in a month that those riders and teams have vacated Europe to fulfil their obligations.

Although the Grand Prix of Patagonia-Argentina is the third flyaway in as many rounds, as we mentioned there, it really could not be more different to the first two. The Qatari Grand Prix, for instance, is a unique stop and one that has come under fire in the past, but I believe that the Losail International Circuit is worthy of hosting the opening fixture. Not that my opinion matters, as the event will more than likely disappear from the calendar next year now that the contract that was signed initially has run its course.

It would be a shame to see that occur, but I am probably in the minority with that line of thinking. Stefan Everts pulled no punches in our post-race podcast last month, stating that he would not miss a stop in the Middle East, and Jake Nicholls told us that he hates the place just four days ago. I support the move that Youthstream made to host the opening round in the desert though, because the first event of a new season is a show and one that should be a little more extravagant than the rest of the stops on the tour.

The lights, special gear, weather and impressive infrastructure create a show that makes the first round something special. It has an air of mystery around it. Would that have the same effect if the event sat as round five or ten? No, I do not think so. That is why it has worked in the position it has occupied though! If a different venue in the Middle East does indeed replace the Qatari fixture, and it sounds like that will happen, it should boast similar characteristics in order to be a success. Perhaps a better venue with a bigger crowd would not have to rely on gimmicks though?

Indonesia was the next stop on the calendar and just as controversial, but it was again underrated. Now, admittedly, it was not the right time to visit the nation, but then it seems that there is never really an ideal time. Measures could have been taken with the track preparation, in an effort to combat the precipitation, but that is knowledge that they can extract from the inaugural event and implement in the future. How many times have we seen promoters falter in their first go at running an event of this stature?

If you ignore the fact that the weather was so bad and destroyed the track, which is hard to do, it was most certainly an improvement over the previous two Thai fixtures. There was even a passionate crowd there too, which appears to be a gripe that most onlookers have with flyaway events such as this. Those things alone mean that one could justify a return to the Asian nation, but the fact that the manufacturers want to visit Indonesia means a hell of a lot more. If you are questioning whether they really mean that when they boldly state it, just listen to Roger Harvey explain his side.

I would advise you to brace yourselves for further visits to Indonesia, if you are not a fan, as it sounds like a three-year deal was signed. Intriguingly rumours were hovering around that the event is not going return to Pangkal Pinang and that a circuit in Jakarta could be next to have a stab at hosting the Grand Prix of Indonesia. That would already be a step forward, right? It would be much more accessible for fans in neighbouring nations.

That is twelve months away, however, and for now the focus is on the tranquil setting of Neuquen. Although the event boasts the same characteristics as some of these controversial flyaway events, the Argentine Grand Prix is one that everyone values.