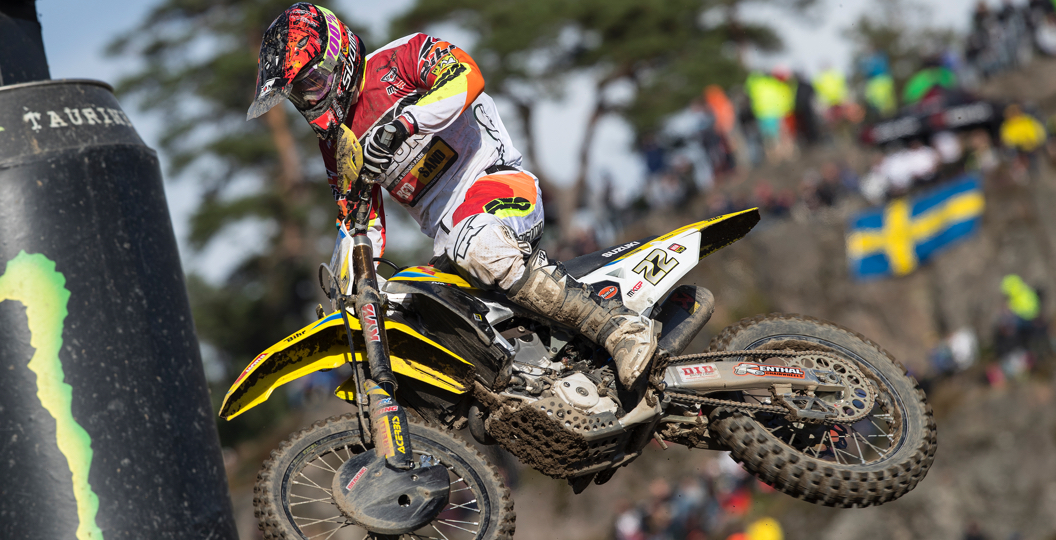 Injuries are just a part of the sport and impossible to avoid. It is almost guaranteed that an elite star will bow out with a health issue before the first Grand Prix each year, but it is unlikely for a team to lose both of their riders within a month. The Standing Construct KTM outfit ran into that problem just last week and now face a race against time.

Kevin Strijbos was the first guy to drop, as he broke his collarbone in training at RedSand. A collarbone break is relatively simple to overcome though. It is certainly not guaranteed that the veteran will be on the starting line in Argentina, as he simply stated that he hopes that it will work out, but one would presume that it is realistic that he will make it back in time. There are forty days to go and typically a collarbone will heal in that time. Even if that is the case though, it is unlikely that he will be at one hundred percent and firing on all cylinders.

Will he get there and just push through the pain, if that does indeed end up being the case? There is no doubt that he will do all he can, especially seeing as the dynamic shifted shortly after he travelled home. Valentin Guillod broke his leg twenty-four hours later and will undoubtedly miss the first round. Standing Construct KTM are now relying on Kevin to get back on track and represent the squad in their return. In ten days he can start riding his bicycle again, as he had surgery on Friday, and then he should be back on a bike in three weeks. Thankfully, it seems as though he is on track for Argentina.

How does this keep happening to Kevin Strijbos? It is just baffling, as he is not exactly reckless. Try to find a highlight reel of spectacular crashes that he has experienced through his career, there are not many of them. Strjibos gets a bad rap, for whatever reason, but is still capable of battling at the head of the field and acquiring a respectable ranking. The results that he registered at the end of the previous season serve as proof of that – he finished fifth overall at back-to-back events. The field was not too depleted at that point either. Additionally, one could also argue that the 450 SX-F that he will pilot this year will aid his charge.

This will almost certainly be the final season that Strijbos completes at the highest level, as he revealed that in an exclusive MX Vice interview in August last year. It seems as though that fact deserves more recognition, especially as he has been racing in the premier division for an overwhelming amount of time. Fifth overall was his ranking in MXGP fourteen years ago. Even if he does have to skip the opening round of the FIM Motocross World Championship, which does appear to be unlikely now, it is not like the collarbone injury will destroy his season. It could all be so much worse.

Valentin Guillod knows that only too well, as the broken leg that he sustained at RedSand will wreck his year. It is likely that he will be up to speed towards the end, of course, but this could not have happened at a worse time. Guillod endured a torrid season with Assomotor Honda and needed to silence the naysayers aboard this new steed. However, thanks to this setback, he will now slip into the background until his return. When will that be exactly? It is too early to tell. The leg became quite swollen as he was travelling home to Switzerland, so surgery has been delayed until that goes down. A lot more will be known afterwards.

Although there is some pressure for him to return quickly, as he only has a one-year deal with Standing Construct KTM, he has a great relationship with the crew over there. Tim Mathys has already mentioned that he would quite happily re-sign both riders, based on how well the off-season has gone, so that should take some of the pressure off of Guillod. Things would be looking quite bleak otherwise, as he did not even crack the top ten last year and was quite lucky to land such a good contract. It is important to remember that things just were not working for him with his previous team, however, so it is not like the results were a true representation of what he can do.

Once the news broke that Guillod is going to miss a prolonged period of time, pundits immediately began to question whether a fill-in rider would be drafted in. Mathys told us that a replacement has not been ruled out completely, especially at such an early stage, but they will not know whether to start looking for a guy until Guillod has undergone surgery. It is not like there are too many free agents on the market at the moment anyway, so it would not exactly be an easy decision to make.