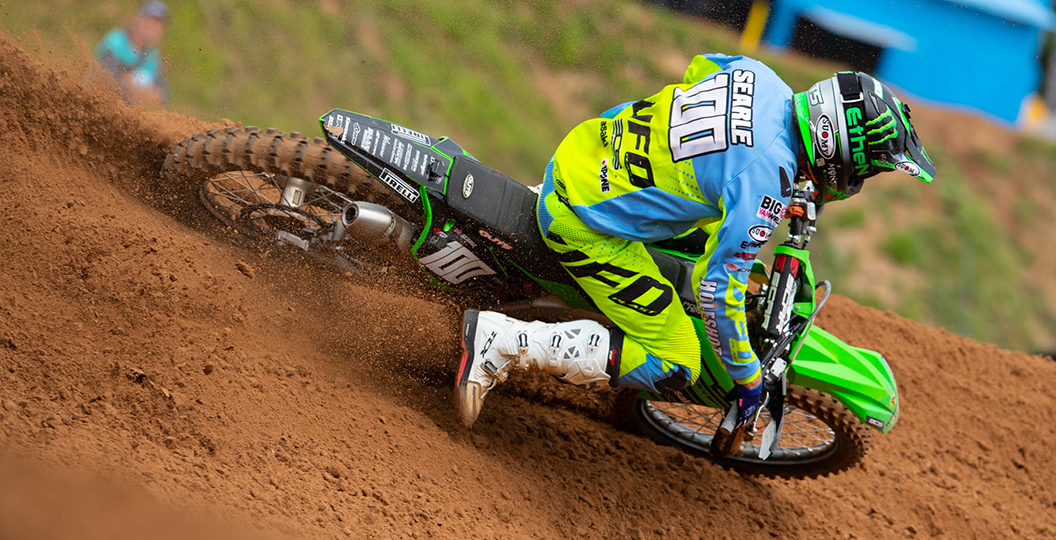 Tommy Searle had a fairly quiet weekend in Latvia, which was exactly what was needed. There were still some issues, such as a massive crash at the start of the second moto, but he emerged from that in one piece and will be ready to fight again at the upcoming Grand Prix of Germany. MX Vice editor Lewis Phillips caught up with him after the race to discuss his weekend, past at Kegums and that press release that shocked the world.

MX Vice: A positive weekend. Your bike did not break and you didn’t break, which could have quite easily happened after I think you had a big one in free practice and then the start of the second one. Sum up the weekend.

Tommy Searle: The weekend was a lot better this weekend. From the start, everything went better. I had a crash in free practice, which it was just my mistake. The waves section… I just caught the last one and ended up having quite a big crash, but it was just a mistake that I made. The rest of the sessions yesterday were okay. I was twelfth in pre-qualifying. The race was okay yesterday, but I wanted to make some improvements from that to today. The first race I was eleventh. Just okay.

I came around the start in about fifteenth. I made some passes in the first couple of laps, then Max [Anstie] passed me and I tried to follow him a little bit. I lost a little bit of ground but ended up eleventh, which I was quite happy. Just to build a bit of confidence, get back in the mix and get a half-sensible result again. Then in the second race, I was looking forward to that. The track was actually alright. They fixed it a lot.

I was looking forward to it after the sight lap, then just didn’t get the jump on the start. I tried to turn a little bit tighter and then a rider got… It wasn’t the guy’s fault who I crashed into. He got cut over and then he crashed. I was right behind him, then hit his back wheel and just went down quite hard. That was that, really. I have not hurt my shoulder, but just my pec a little bit. The bike was beat up. I was winded and way back. So I come into the pits and that was that, really. Day done.

When you were getting up in that second race, there was a medic who was like all up in your grill. You were picking up the bike up and obviously fine. I could just see him properly going in on you. I was starting to imagine what you were saying to him, because I imagine it might have got a bit colourful.

I was not dizzy, but I was a bit shook up from it. I was winded and stuff. I don’t know what he thought. I think I stayed down quite a bit, because I was winded and then knocked my head. I think he saw the crash and he was telling me, “Walk away! Walk away!” I thought, “What is he on about?” I wanted to get back up to try and push through, but then I got up and jumped one of the jumps and looked across and I thought, “I’m way back.” It obviously went quicker when I was down than I thought. I was almost coming around to get lapped. After four laps I would have been getting lapped and I didn’t feel great, so I came in. It was just one of those.

There were no issues with the bike this weekend, as far as I know anyway. When was the last time you had a weekend that was this smooth sailing where there was nothing really to worry about and nothing really to stress about?

I don’t know. I don’t think I have had one this year. Maybe Argentina. We had a little issue in free practice this morning, just the battery cable snapped.

No, not the same thing. We have been having a little bit of problem but we haven’t been able to determine it. This time the cable actually snapped, so it cut out in free practice, but it was good that we could come in, see the problem and it was just like, “Okay. Battery snapped.” That’s because this was too tight. It was easily fixed. It was nice that we had a problem but it was easily solved. I had no issues going into the races. I was confident for the races today.

The track was sketchy, right? I know a lot of the MX2 riders have said they prepped it too much before their races. What was it like by the time you got on it?

Yeah, but prepping it is not sketchy. It was a lot sketchier yesterday. Our heat race was really, really rough and dusty. That was sketchy, but today the track was actually really good. I enjoyed it. I thought it was a decent track. They could not have done anymore. I don’t mind it when they fix it. Make it flat. It’s good for me.

How many people have come up to you and said “yes, no, yes, no” this weekend? I’m going to say probably more than a thousand? I reckon the Latvians love it.

I don’t know. There are not many English fans here, so I’ve not had much. It was a bit strange, that press release.

Best ever, I heard.

Best in the world, it got props for. I wasn’t that fond of it, personally, but this weekend has been great. Just improving. If we can carry on like this, then we are on the right track. Obviously a lot of races left and a lot of the season. I have said it before, but just trying to build. This weekend was a step in the right direction.

I have spoken to a lot of people this weekend about Latvia 2015, because every time someone wants to talk to me about how fast someone is around this track I bring up you that year. It was unreal. I have never actually spoken to you about it but that was good, huh?

No, 2015. KTM. When you got disqualified for going into pit lane backwards. Pretty much summed up your weekend, but the speed was good.

Yeah, my speed was good. Actually one of my best races here was 2013 on the CLS Kawasaki. I came from twentieth I think to pass to second on the last lap of the race. I bumped into the back of a lapper trying to pass [Clement] Desalle and then I stalled the bike. I don’t know where I finished, but I was really fast that day. 2015, I don’t know, I remember I was fast in qualifying. I think I led a bit of the heat race. I had a broken rib that day and then it snapped I think in one of the races and that was that.

’12 almost… Well, not cost me the championship, but it didn’t help. Let’s just say it cost it. It didn’t help matters anyway. 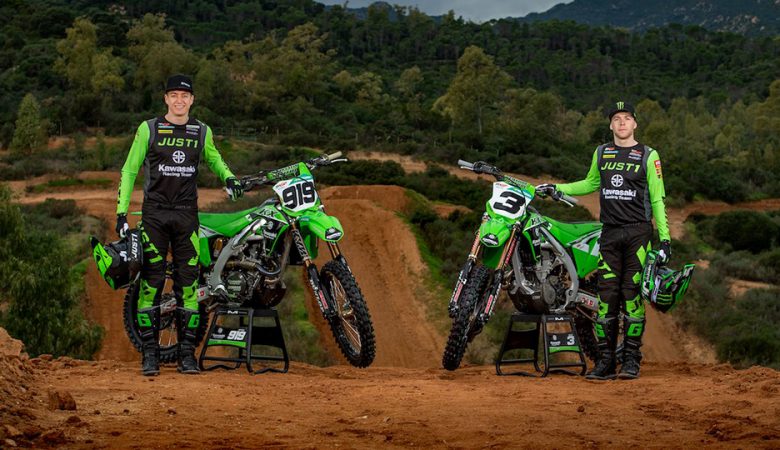 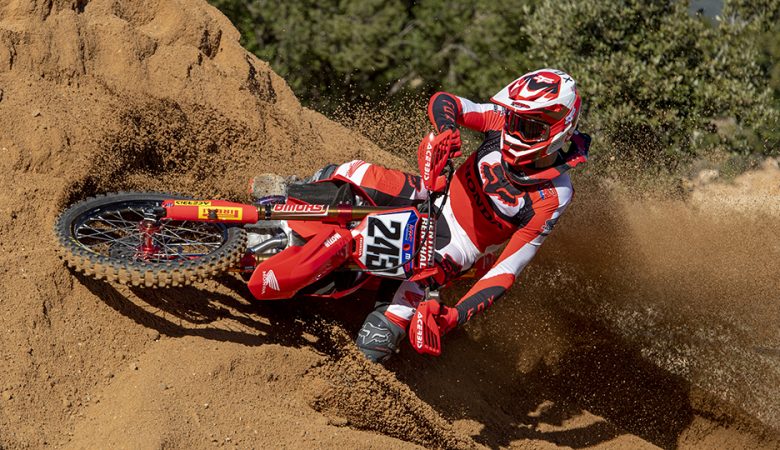 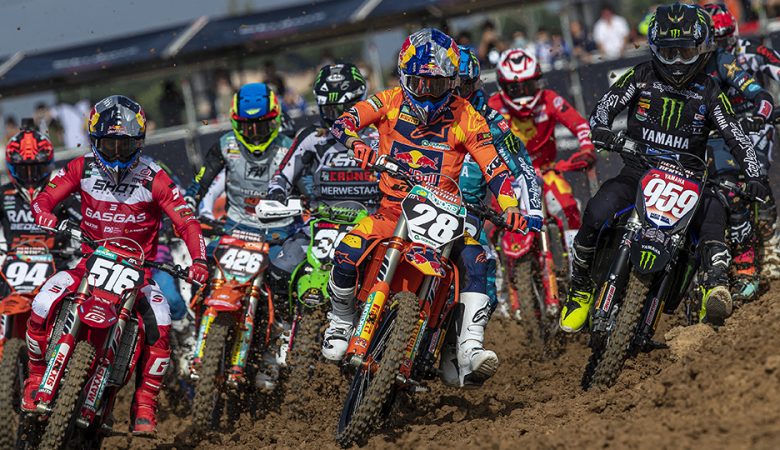 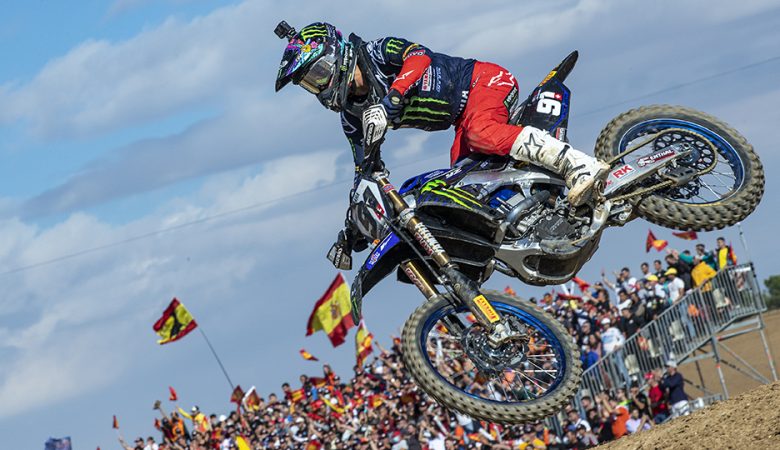