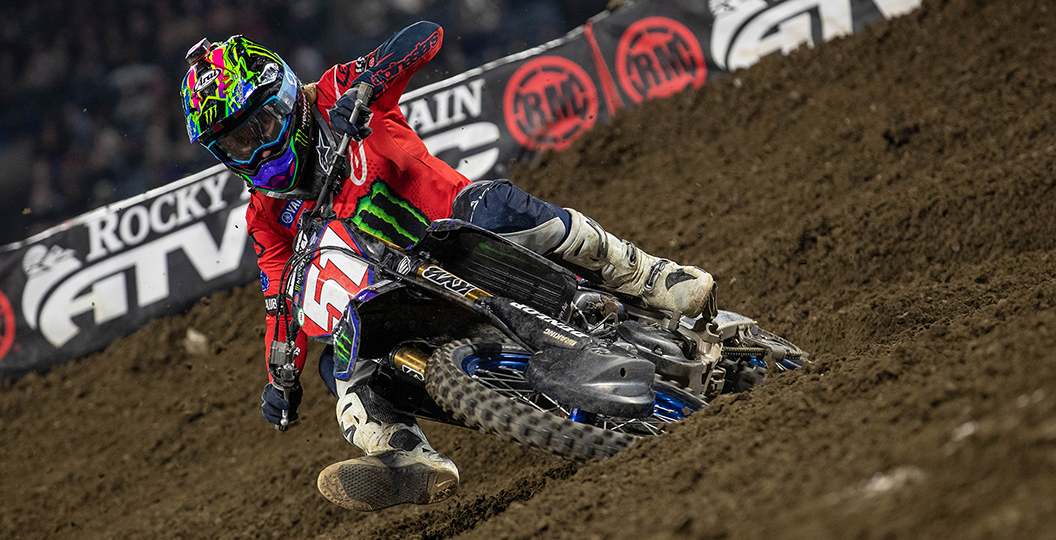 Justin Barcia had his first off weekend of the 2020 Monster Energy Supercross season over the weekend, as the whoops cost him a significant amount of time and left him down in ninth at the end of the 450SX main. Barcia gave up the red plate too and now trails the new series leader, Ken Roczen, by three points heading into the fourth round in Glendale. There are no big issues though and he is confident that he’ll be back up front when gates drop this weekend. That much is clear in this MX Vice interview.

MX Vice: Not as good a day as the first two rounds. You were clearly not feeling it like you were at the last two rounds but still salvaged decent points. You didn’t completely screw it up. I think you are three points down in the title race, so it’s not terrible.

Justin Barcia: No. I’m definitely smarter, because in the past I probably would have thrown it away. It was definitely a really difficult day for me. I never got comfortable in the whoops. We struggled. Our kryptonite kind of popped up tonight, so we have got some work to do. It was a difficult track. The dirt was tough and the whoops were just really difficult. Some guys were good in them. For me it was an extreme struggle, but we know the issue. I did manage. Had a decent heat race and main event, I just put it in safety mode and didn’t crash or throw it away. I salvaged what I could. Moving onto next weekend.

A little brainwave just went off. You say the whoops were your kryptonite. In Geneva the whoops weren’t great for you, so are we dealing with a similar problem?

Yeah, a little bit. It’s funny you say that. We just had a meeting and that came up, where we had that similar issue pop up. At the test track, the whoops get pretty hard-pack and baked. We are already talking about what we can do to try to replicate the situation for this week and go test. We are going to test this week and try to fix this situation. I think for me next weekend, Phoenix, that’s a good place for me. Definitely make a charge to get the points lead back again. I’ve been in a lot worse situations than tonight. Let’s be honest here. I could be hurt like I had been in the past at A2 or just not able to ride my motorcycle at all. My motorcycle was really good in a lot of places tonight besides the whoops. Just need to fix the little issue and keep on moving forward.

A dirty little secret. A2 has been horrible to you over the years. Rookie year, you slammed your head on the bars. Last year you crashed out. It’s been terrible. A ninth? You’ll take that.

That’s exactly what we just said. A2 has been bad to me so, to salvage being only three points down in the beginning of the season, we’ll take it and move on.

What makes these whoops different to the last two weeks? I guess they just got chewed up in a different way?

Yeah. The beginning whoop was really small, so you had to get up on them. They broke apart. The dirt was kind of weird. They were spaced out weird throughout. One was three feet say, and the next one was five feet…

Was it both sets or just the second?

I think if it was only the first set we would have been okay, but the second set really did the Yamaha in today. My teammate struggled with them as well. It just got really kickered out and any little edge kind of threw us around. The team worked hard today. I appreciate that. Unfortunately we couldn’t nail it here, but I believe we can fix it at the test track and be more prepared for this situation when we go to Oakland and San Diego. We need to be ready for dirt like that because it’s kind of like this. Excited for Phoenix though and ready to get back up there.

You are working on suspension this week then, but you are going to leave the rest of the bike and just move onto Glendale?

Yeah. We’re not reinventing the wheel or anything.

We don’t want to do that.

Last thing, I just spoke to a couple of guys and they said this track was weird. They feel like the rain on Thursday maybe scared the track crew a little bit and they rushed it, because some of the transitions and things weren’t right. I guess what you just said about the whoops being oddly spaced kind of falls into that.

Yeah. I think they covered it up. I talked to some of the track guys and they were like, “We wish we wouldn’t have covered it up and just let it rain on it and get moisture.” Then when they pulled the tarps off, with how they pulled them off the water sat in spots. It was just kind of a disaster a little bit, but they do their best and we do our best. Onto next weekend. 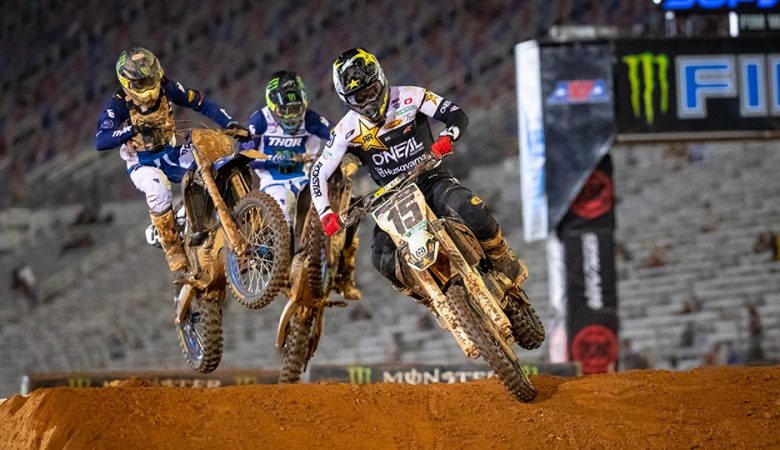