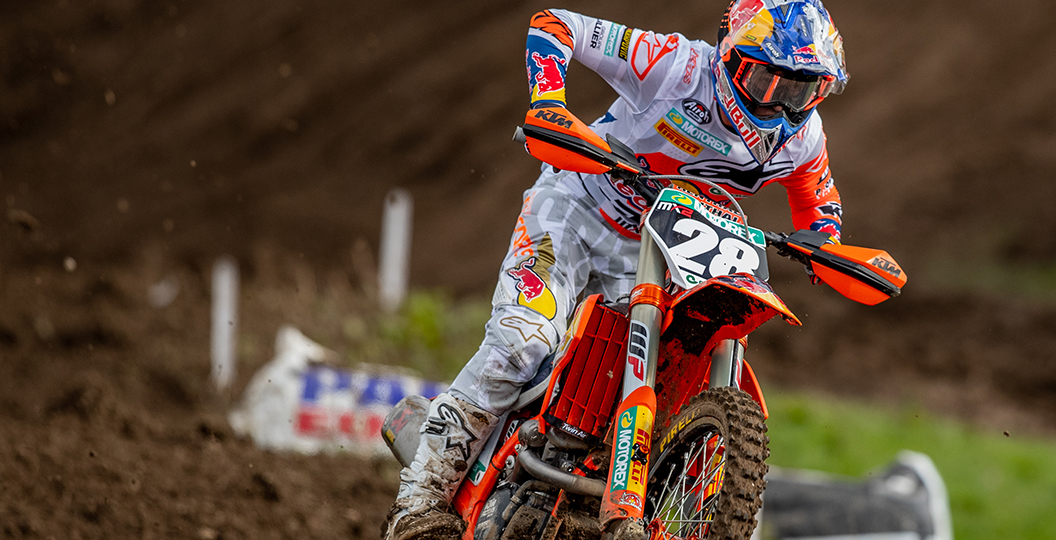 Dirk Gruebel’s side of the Red Bull KTM awning appears to be on the verge of churning out yet another contender, as Rene Hofer exploded onto the scene at the first round of the 2020 FIM Motocross World Championship. Tom Vialle, who is still new to life at the front in MX2, also proved just how tough he is going to be to beat. Gruebel discusses the young talent that he is nurturing in this exclusive MX Vice interview, as well as Jeffrey Herlings’ new approach that led him to a Grand Prix win. A lot to unpack here!

MX Vice: Let’s just cut straight to it. I don’t have a clue what you put in this awning, in the petrol or in the drinks, but you seem to just pick up riders and make them champions within two months. Rene Hofer was just phenomenal today. Even maybe better than Tom Vialle was at the beginning of last year, and that’s saying something.

Dirk Gruebel: Yeah. It’s not that we work with steroids, other substances or whatever you want to call it. It’s a great team effort. We pick riders. He comes really straight out of our pipeline. He’s been the test rider for KTM R&D for years and made it up the ranks. We popped him into our factory last fall and he runs the same programme let’s say like Tom, together with Joel Smets to get really a strong training regimen. It just pays off. Maybe they get also boost to be under tent with so many world titles, let’s say.

We home fifteen at the moment here, so it’s quite impressive for these kids as well. On the other side, it creates pressure. Like you said, that kid turned some heads today. Maybe even more than Tom last year. Okay, Tom was also on the podium in England last year, but just awesome. He actually deserved to have that heat win. He was leading so long. Yeah, awesome job from the kid. Awesome.

Did you expect it? Did you see this in pre-season testing? Was he matching Tom at RedSand and all of these places?

Yes. He showed signs of speed. They trained a lot together and it was just about the distance. For twenty minutes, sprint racing he was all good, and then the last ten minutes Tom was always a bit stronger. He had a good race in Hawkstone as well. He had a good race in LaCapelle, so the confidence is growing. Today he surprised everybody, including myself.

I think the most impressive thing was that he led for so long in the second moto with pressure and kept level-headed. There were really no mistakes.

No. He rode super clean there. No mistakes. Jago [Geerts] was just behind him and I think he didn’t take his time, for sure he would have got Hofer’s position back. Rene never looked back. He just rode his rhythm and awesome.

With Tom, I feel like we have maybe got another [Jorge] Prado on our hands. Lots of holeshots, lots of sprint speed and maybe a lot of moto wins. Mistakes cost him today though.

Yeah. He was riding so smooth in the first race until that mistake happened when he came up short. He lost both hands on the handlebar, more or less, and then he stalled the bike. One thing added to another. Still, he finished sixth. It’s not bad, but he should have won it. He clearly was up front with more than ten seconds up there and you shouldn’t lose that. Cost him the win of course. Still, in the second one he struck back. He won that one. He really showed a lot of strength. He acts mature already. He didn’t freak out or anything. Two solid starts, like you said. I think we will see more from the kid.

I’ve been wondering in the last couple of weeks, is the goal with Tom solely the world title or are you trying to remove that pressure from him and say top three in the series is good? Even for him and his family, is it all very world-title orientated?

It is. From himself, from us, he’s our number one rider of course, even though we treat everybody the same. He has one more year under the belt than Rene. What he showed today, and also Jago. He’s a title contender. That’s clear. Him, Jago and [Thomas] Olsen… He didn’t come in all healthy but also he was riding well. You need to count him in for the title, for sure.

Over to Jeffrey Herlings. I’m not even going to ask a question. You can just tell us about his day, because you know better than me.

First race he off the gate was not a super quick start, but then he does always his first corner magic.

I don’t know how he did that, because his jump out of the gate was terrible. It was maybe the worst he’s ever had.

Yeah, like a bike length behind. Doesn’t care. He just brakes late, turns fast and gets a holeshot award. There was a little bit of stress for a lap or two from [Mitch] Evans. He’s young and motivated, of course, but it’s good. He pushed for two laps, then got a four-second gap and it kept increasing. They kept fading away a bit. The end was a solid win. In the second one he was not so fortunate with the start, so he had to work. Struggled with low sun like everybody else like here. Tim [Gajser] complained. Tony [Cairoli] complained. Many guys complained about the sun. He wants to stay healthy. He fulfilled his promise from Friday’s press conference, when he said he doesn’t need to win every single heat. He did that today.

I can’t believe it.

He surprised me, and it’s a good thing to see.

That’s how you keep him here for all twenty rounds, I guess. The last thing you wanted was him trying to cut down a thirteen-second gap with the sun coming down. It would have just been a disaster.

Exactly. It’s not worth it. He won the GP anyhow. Tim won a heat. He won a heat. At the end of the day in the long run, he just played it smart.

I know he started his preparation a little bit later this year, so do you feel like his peak is coming around Spain or Portugal? Has he actually fulfilled his other promise and not come into the season all guns blazing with a lot of momentum?

No, he rode really well in Hawkstone already. LaCapelle was also dominant with three great starts. There were other guys there like [Romain] Febvre, [Clement] Desalle and [Jeremy] Seewer. He came in with self-confidence. He rode today like that too. I think he matured a bit and learned out of his mistakes. You don’t get an award if you win by twenty seconds every heat.

What do you think about starting the season in Europe? Obviously, it’s the first time since 2012. Does it really make a difference to you? Would you rather be in Argentina? It is forty-two degrees there at the moment, which sounds quite nice.

No. We have been lucky. If you look at the combined free practice qualification for the guys in MXGP, it was on the limit for me. They should have more or less even stopped it when that snowstorm came in with strong wind gusts. What if somebody gets blown off or they had no vision? Everybody said they were blind. Today we have been lucky again, like I said, but I wouldn’t count on that luck all the time. In the beginning nobody liked when we started the season in the Middle East or Thailand, but in the end if you start sometime at the end of February or beginning of March then I think we need to.

It makes no sense for me. Also you take a lot of motivation out of the whole team and the riders with a day like yesterday. If you would have had two days like this, it would have been a disaster. This would be a miserable place now. Like I said, today we got away with it. Everybody still has a smile on their face, but I don’t know. I wouldn’t do it. 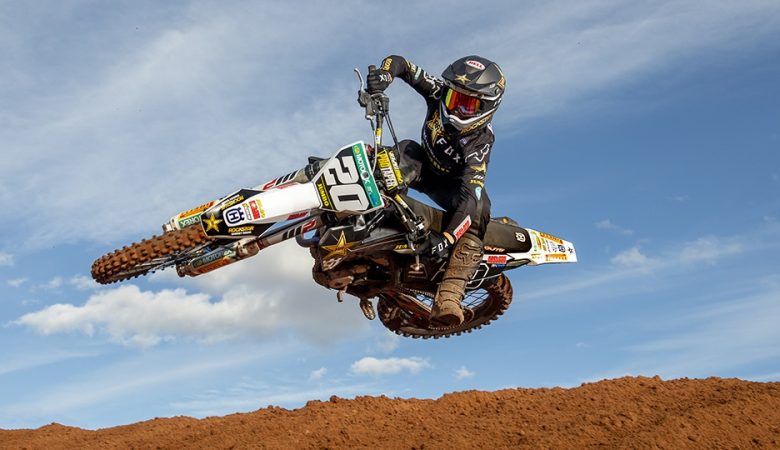