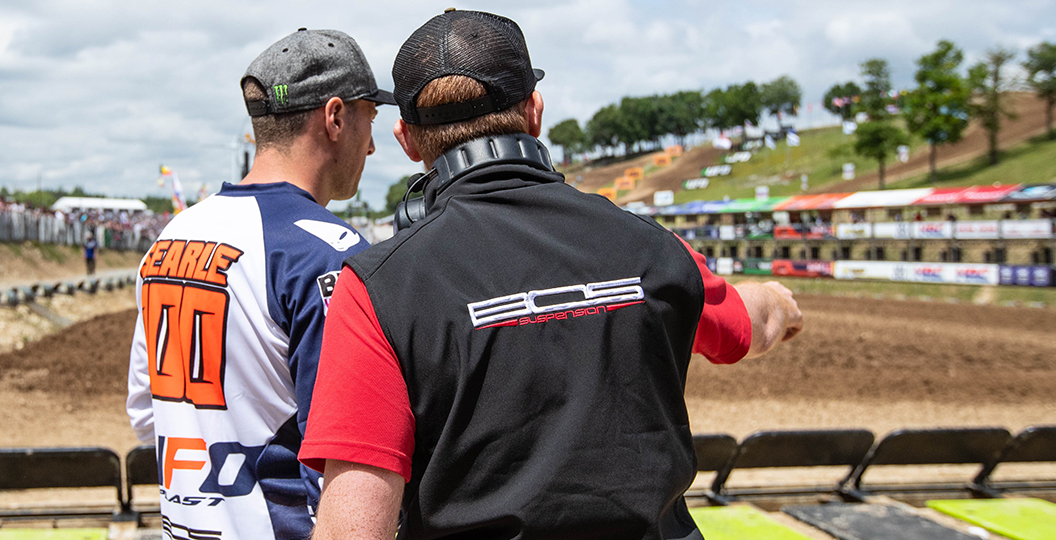 The BOS Factory outfit spent a lot of time in the limelight at the Grand Prix of France, round seven of the 2019 FIM Motocross World Championship, but for all of the wrong reasons. Both Tommy Searle and Evgeny Bobryshev were plagued by bike problems on Saturday and simply could not reach a chequered flag. What was going on? The BOS outfit released the following statement after St. Jean d’Angely.

Evgeny Bobryshev came to the race with a painful wrist, but wanted to re-enter the MXGP world instead of staying home and riding quietly alone. Tommy Searle came with a lot of speed, heart and hopes but suddenly in qualification, after an excellent tenth position in time practice, the bike stopped in lap three. Evgeny Bobryshev did a perfect top-six start and was also feeling comfortable until the bike stopped in lap three…

Did we deserve this? Was it the most important sign of the year?

We don’t know but just after the Kawasaki teams came to help and, after important brainstorming, the decision was made. The team worked hard during hours between the two days of racing and on Sunday, after sixty-nine laps (for both bikes), the answer was here: Zero problems and the bikes were pretty good!

Thanks to the Kawasaki family which helped us to figure this out. Thanks to Evgeny Bobryshev, who came with a big smile to get ready for the second part of the season and a BIG thank you to Tommy Searle who stayed focussed and fought with us to clinch a very good 14/13 allowing him to come back in fifteenth position in the World Championship. It was easier for everybody to quit, of course, but nobody inside of the team did. We are proud of it.

A fourteenth and a thirteenth, following terrible starts, made Sunday a solid one for Tommy Searle, although he obviously wants to be inside of the top ten. Things could have been so much worse though, after being hit by countless issues, so there is no doubt that everyone involved will take those results. Evgeny Bobryshev withdrew with pain in his wrist in both motos.