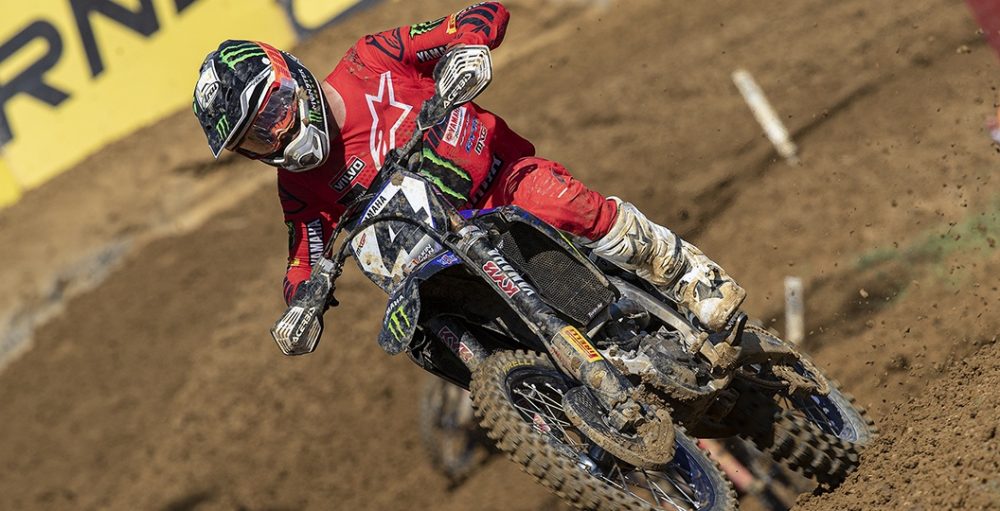 Arnaud Tonus will stay in the FIM Motocross World Championship next year, as he inked a deal with the new Hostettler Yamaha squad. There is actually a sense of familiarity with the new team, thanks to past relationships, as Tonus explains in this MX Vice interview. It seems as though there is no threat of major teething problems beneath the Hostettler Yamaha awning, hence why Tonus believes he can get back to being a podium guy in the premier division.

MX Vice: You have a deal for next year! Talk us through how the Hostettler Yamaha contract came about, when you first heard about it and why you ultimately decided to go that route.

Arnaud Tonus: Well, we started to talk about it in Arco. I had a few other options, but I really wanted to stay with Yamaha. Jef Janssen actually came up with a proposal of doing a team, with help from Hostettler. That was the beginning of it – nothing was actually in place. It took a little bit of time, but we finalised everything the week before we announced it. It is going to be a challenge to build everything up, but we have great support from Yamaha and Hostettler. I think that we can actually do something good.

Normally a lot of people would be unsure about a new team. You have been with Yamaha for ages, you know the Hostettler group, you have been iXS before and Rene [Ebert] has even moved over from Wilvo. There is a lot of familiarity there.

Yeah, that is for sure. It is just the whole package. There are a lot of unknowns when you start a new team, like you said, but I have a lot of trust in the people who I am working with right now. Rene was the engine guy at Wilvo for years and he has come into the team, so I am going to have a bike that is very similar to the one I had in 2019. It will basically be the bike that we had before Wilvo went factory. I get factory support from KYB for suspension and the Hostettler group is really taking care of the budgets, so it is a really solid group. That actually made my decision go this way – the people who I am working with are familiar.

Look, Wilvo was a big team with a lot of great riders. This team will be built around you in a way though, so that is a good thing. You can try to make stuff happen, if you really want something, whereas there would be more restrictions at a bigger team like Wilvo.

Yeah, that is a good thing. For sure! I will probably have whatever I want on the bike and be a little bit freer. The fact that Rene is taking care of it is going to be a huge plus, because he knows what I had in the past. We will gain a lot of time from that. When you have to build a new engine that you do not know and start from zero, it is a lot of work. We have a lot of good information and experience from the past. I think that stuff is going to come together pretty quickly. I can already start next week with a bike that will be pretty close to my race bike, so they have done a good job to make things happen quite quickly.

Speaking of Wilvo, their logo is on the back mudguard as a sponsor of the team. What are they doing to help the new team out?

The help is basically Rene, by having him in the team. They arranged a deal, with the help of Louis Vosters, to join forces with Rene, so that is a huge help. We had a great relationship with Louis, so he wanted to help Rene as well as myself. It ended up being a good deal. I really appreciate the help from Louis, as it was really a big plus and also a factor when it came time for me to sign with this team.

You were at Wilvo for four years and kind of like their first guy. Louis always strikes me as someone who will look after people. Your time with his team came to an end, but it seems like he still had your best interests at heart.

That is true. We had a great relationship with Louis, which went well beyond rider and team owner. Louis became a great friend. It was super tough to separate, but it ended up going that way after I threw this year away and new guys came into the team. Louis always helped me as much as he could and, like you said, he will still do that next year. I really appreciate it. It is nice to have this kind of relationship. Sometimes it is hard in this business, because it is based on results and what you bring, but we built a stronger relationship with Louis. I am really thankful to have him.

You did not know what you were going to do when we spoke in Trentino, but did you have offers from other teams? Were you close to going somewhere else?

I had a few other options. To be honest though, my first idea was to stay with Yamaha. There was no deal signed at that moment, but they still confirmed that they wanted to support me in one way or another. This really ended up being the best option for me and I am pleased that we made it happen like that.

How are you feeling now? A lot happened. It has been a month since Trentino, so has that downtime helped you get back to full fitness or do you still have a little way to go?

I still have a little way to go to be one hundred percent. I really worked on my head after the season and did some treatment for the concussion. I basically tried to do a reset with my brain, because that is never good. It was nice to have a little break and work on my body. The season is going to start a little bit later, which is even better for the preparation. We are starting with some physical tests now and then we will start with intense riding in January. There will be a little bit of riding next week, but it is more to get a feel for the bike. I think we are in a good position for next year.

This year was rough, but I guess that there is no doubt in your mind that you can get back to being a podium guy? You are coming in as an underdog again… I think that suits you though.

Yeah, right? You said it. I feel the same. Whenever I come in with a little less pressure, I feel a little freer and get to the best level that I can be. There is still some training ahead, but I am looking forward to it. I am just happy to find this deal now and get back to work.