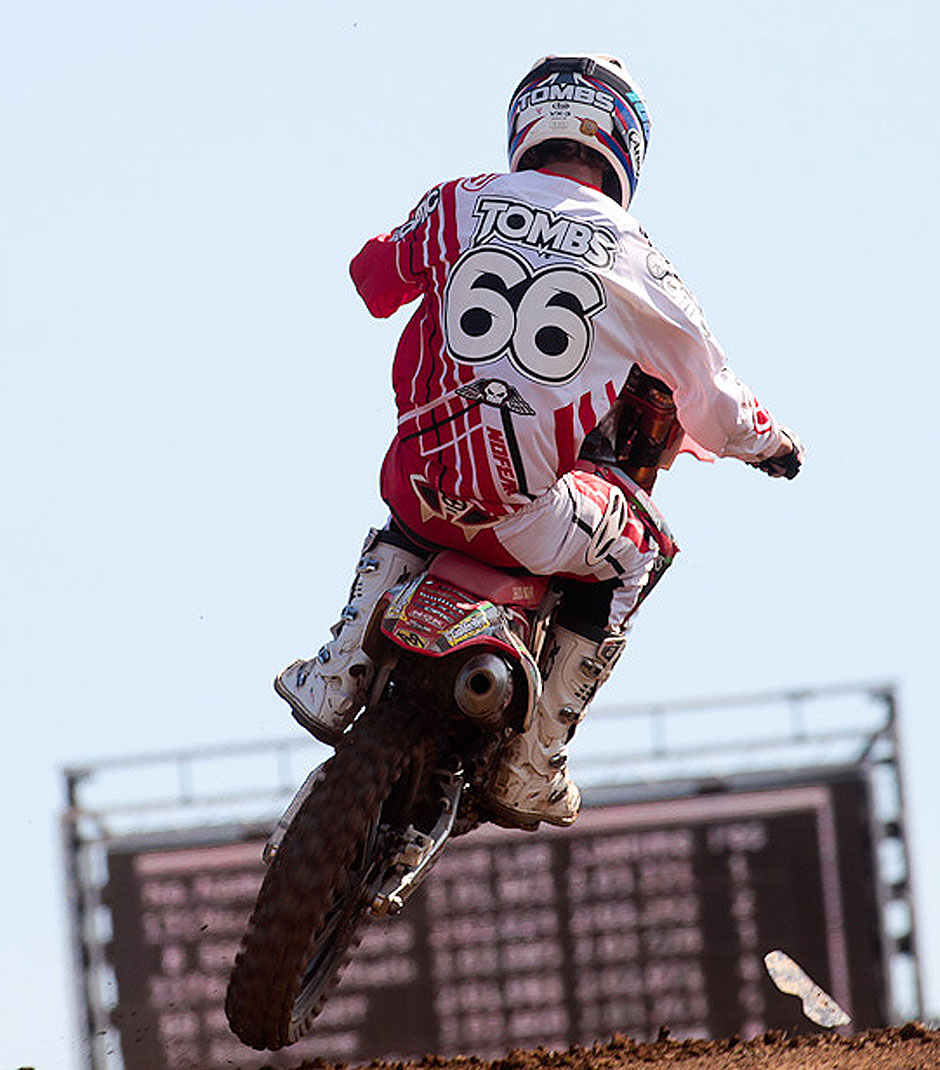 Disappointing start to the RBPN’s for Tombs

Fresh off his Maxxis career best, John Banks Honda-supported rider Lewis Tombs made his way to Cornwall for the rescheduled season opener of the 2012 Red Bull Pro Nationals championship this past weekend, where sunny weather and a perfect track awaited him.

Qualifying got off to a moist start with the previous day’s dust brought under control by watering both late on Saturday afternoon and early Sunday morning. In the slippery conditions, Tombs qualified in thirteenth, which gave him a twenty-sixth gate pick at race start.

In the first race, Tombs found himself mid-pack in ninth. After running into a downed rider and being set back several positions, Tombs recovered to twelfth by mid-race. In the latter half, he was able to make more progress up the pack, ending the race in eighth. The second race got off the line with Tombs struggling again to make any significant progress early on. A few laps later, things were somewhat different. After moving into thirteenth, Tombs tried to settle into a rhythm but was unable to, allowing several rivals to take advantage. Tombs ended the race in fifteenth for a thirteenth overall on the day.

Commented Tombs: “I did ok in qualifying, qualified thirteenth in the MX2 but because they staggered the two classes I didn’t get a good gate pick. The starts were horrendous all day, I don’t know what’s going on with that. In the first race, I had a bad start and was coming through well, in the second lap hit Bryan who’d crashed and went down and went back to thirtieth. I came back through pretty good and was passing people, and ended up eighth in the MX2. I was pleased with that. In the second race I had an even worse start; I was riding around the rear of the pack most of the race, was riding good and making passes, but around halfway I just lost the plot and rode rubbish, so not a good race.”