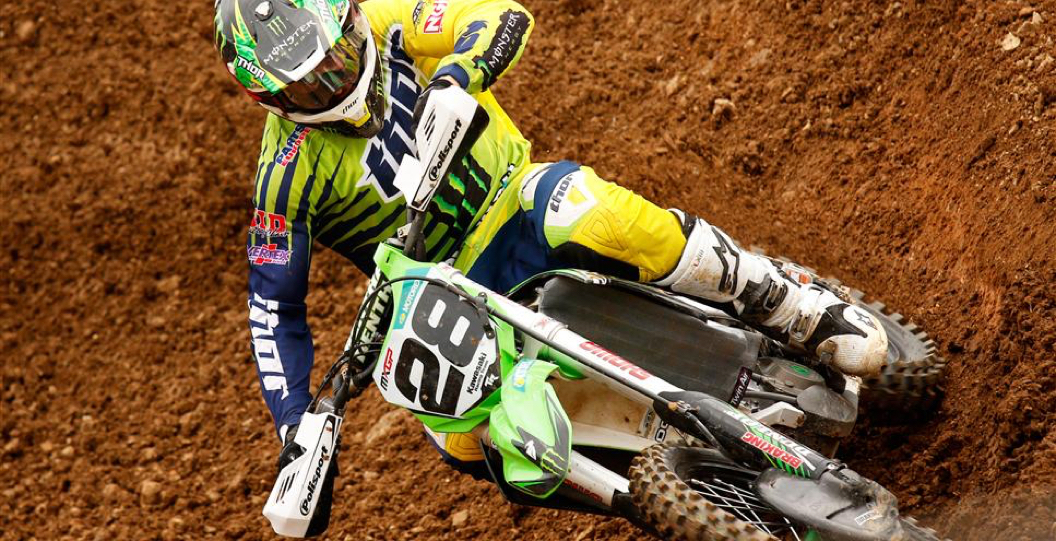 Tyla Rattray of the Monster Energy Kawasaki Racing Team was restricted to eight points in a muddy Italian round of the FIM World MXGP Motocross Championship at Maggiora in northern Italy.

The South African showed good speed when he set eighth fastest time in practice, but he never recovered from a poor start to earn eleventh choice of gate in the qualification race. He failed to finish the opening moto after a series of incidents including hitting the gate and a crash in conditions made extremely slippery by overnight rain. Initially tenth in race two Tyla was forced to stop in pit lane when his goggles broke, but he fought hard to recover from sixteenth to finish thirteenth. He is now thirteenth in the point’s standings.

Tyla Rattray: “The weather was definitely a problem this weekend; it made the track very difficult to ride. I hit the gate at the first start and it made my race difficult but I managed to come back pretty good until I crashed at the top of a hill and lost four minutes in a single lap! I lost positions and a lot of time. The track was very slippery with sketchy and dangerous areas and you had to be careful. The second race was better; I was tenth until I broke my roll off so I had to stop in the pits to get new goggles and finished thirteenth. We learnt some stuff on the bike this weekend in these conditions. It’s been a while since I rode on such a track; it was not really muddy, but it was slippery mud.”