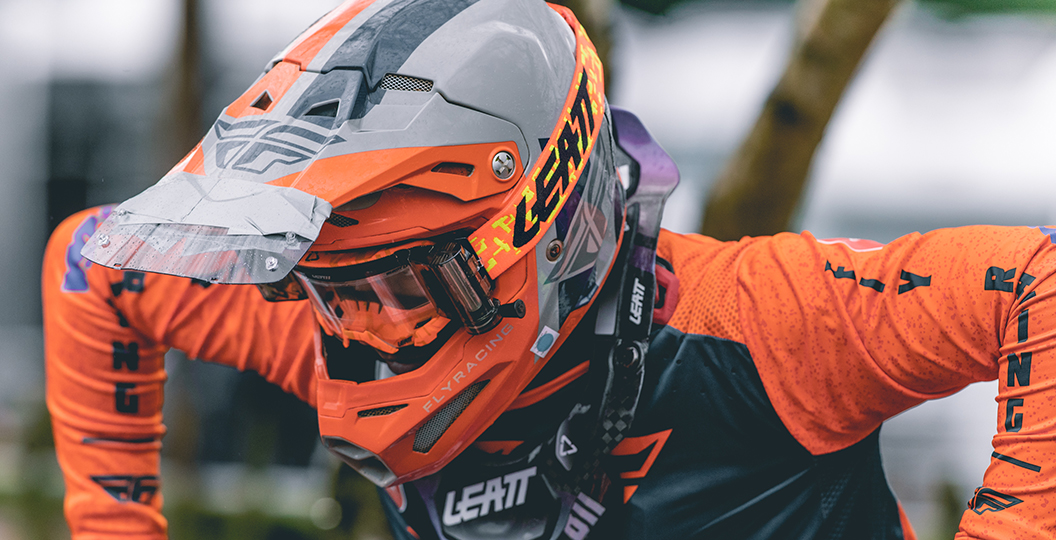 Shockwaves were sent throughout the industry yesterday, as it was confirmed that Adam Sterry has parted ways with the JD Gunnex KTM Racing squad. This obviously prompted a lot of questions from fans, so Sterry spoke exclusively about that whole situation to MX Vice on Monday night to try and answer some of them. There is certainly a lot that can be taken from what was said. Although he does not quite have a deal in place yet, there is one in the works. There is not too much concern about whether or not he will make it to the line at the Grand Prix of Latvia on August 09.

MX Vice: The split from the team was announced today. This is not much of a shock to you though, is it? This has been in the works for a while. It is not like it just happened today.

Adam Sterry: Yeah, it has been in the works behind the scenes for quite a while. It has just been a matter of sorting everything out and making sure that it is all official. That took a little bit longer than I would have liked, but we are sorted now. We are released.

The last time that you would have properly interacted with the team would have been Valkenswaard. Did you feel it was going in this direction at that point or has this developed since the pause in racing?

Sure, I think that there are things that could be fixed in every team. I didn’t predict that COVID-19 was going to happen though – nobody did. It has been tough on a lot of people, as you can imagine. I did not think about this at Valkenswaard, no. I just thought that I had to work on myself more and do a bit more testing with the team to get better. I did not predict that we would get to this point. COVID-19 has obviously been tough though, and we are where we are.

Had things been normal with racing every week, maybe there would have been more of a chance of you making it to the end of the season? Maybe being apart put a spotlight on some of the glaring issues.

Yeah, like you said, if we were with each other every weekend then maybe we could have tested more. The sponsors have not been able to get the money to pay the teams, with the COVID-19 thing, and I understand that the situation is tough. I need to think about myself though and what is best. Just like I said in my release statement, I want to thank them for the opportunity. I wish them the best for the future.

Any rider who has split from a team would be freaking out. I feel like you have a pretty good idea of where your future lies though. You are kind of set for the rest of 2020, as long as there is not a major upset.

Yeah, I am pretty confident and hopeful that I will be in Latvia. It is just sorting everything out and finalising everything. I cannot give too much away, but it is looking promising. I am just excited to get back to work.

You got your first MXGP points on the board at those first two rounds. I feel like hearing that doesn’t make you stoked though. You know that you can be much higher up, so a point or two is not going to be enough to make you happy when we do race again.

No, of course not. I am really disappointed with how the first two rounds went, but it is a really stacked class. It is not like MX2, where I expected to fight for the podium every weekend, so this is a bit different. I definitely expect to be higher up than I am though. There has been a lot of drama. I messed up on Saturday at both Grands Prix and had last gate pick, which did not help. There were a few issues as well that have not helped.

I have worked hard on my fitness, and some other bits that I needed to work on, over the COVID-19 break. I have missed quite a bit of riding with what has happened, but I feel like I have made really good progress the last few weeks. Yeah, I am excited for Latvia. Kegums is a track that I like, so I am happy to do three rounds there and hope that I can be on the line.

You are good at tracks that are super hard pack, like Faenza will be, or sandy like Lommel or Kegums. If you get there, then this could be good.

Yeah, if I do make it to those rounds then Kegums is a track that I really like and the ground that I excel on. I was really happy when I saw three rounds at Lommel too, even though that will be a really hard week. It is a challenge that is new for everyone though and one that I am excited about. There are a few new rounds, which could potentially suit me. I am just glad that there are not three rounds at Imola [laughs]!

The Sunday and Wednesday has kind of come from supercross, but there is a lot less riding at those races. Do you think it will be a problem? You will always practice and test on the Tuesday and Wednesday after an MXGP round anyway, I guess. It will be more intense, but maybe not as much of a problem as some people think.

Yeah, plus we do not have the Saturday format now. People may not think it, but Saturday is quite a tiring day. You are sprinting pretty much the entire time that you are on the track. You always do fast laps in free practice, to get the track dialled in, then you have time practice where you are sprinting the whole time and doing qualifying laps. The qualifying race is in there too, which is pretty much a 20-minute sprint. Saturday is quite tiring. Taking that away from it, I think having it on Sunday and then again on Wednesday will be alright. It might be quite interesting, actually, and I think I might like it.

The qualifying session on the morning of race day will be 45 minutes in total, with 20 minutes of free practice and then 25 minutes of time practice. Could that end up being too much?

We know most of the tracks, to be fair. I guess that they may change the layout in Latvia, but a lot of us have ridden there. It will not take that long to learn the track. You will not do too much in free practice – just get the track dialled in with one fast lap – and then just wait for time practice to start. 25 minutes is quite long for time practice. It will be good to get a lap in early on some tracks, then at others you will have to wait until the end. I don’t think it is too much though. I think that’s what is needed.

You have been looking forward to getting on a 450F for a while – you kept saying that last year. Ignoring all of the team stuff, has adapting to the actual bike been as easy or enjoyable as you thought?

Yeah, definitely. I love riding the bike in practice. I think it suits me much better. The only thing is that the transition has been a lot harder than I expected, especially in racing situations. With where I have been starting from, and the dramas that I have had, it has not been easy. I have had to change my style over the last two of three years in the MX2 class, just to be more aggressive and rev the 250F a lot more to get the extra bit of power out of it to find a few tenths of a second.

I never used to ride like that though. I always used to be high in the gears and smooth, which is what you need to do on the 450F. I changed my style for the 250F though and that is the normal for me now. When I go racing on the 450F, I revert back to riding it like a 250F and that just does not work. I think that we will be away, once we get that sorted and I go back to my old style.

We talked about how you were unhappy with your results so far. It is tough to say, but you have experience in this class now. Where do you actually think you can be with the right support and everything that you need to be at your best? Is pushing the top ten a possibility?

Yeah, definitely. If that is not the goal, then there would be no point racing in MXGP. I think that I am more than capable of getting to those positions and that is what I am working hard to prove to everyone this year. The MXGP class is so stacked. I came over the line in nineteenth at Matterley and worked so hard to get there from last. I crossed the line and had [Arminas] Jasikonis and [Arnaud] Tonus in front of me, then the next weekend Jasikonis won the qualifying race and got on the podium.

The level of riders in MXGP is just crazy. I am actually quite proud to be in the class when it is this stacked, which is the most it has ever been. I think it comes down to having the start, if I am honest, because it is not easy to pass those guys when you start in twentieth. That is what my main goal is: To not mess up qualifying. I just need to keep improving and ride solid.

We have covered a lot of things that fans would want to know, but this will come up. You do not have anything completely sorted yet, even though you are getting there, but is it full steam ahead with practice and training? Do you have everything that you need to get out there and prepare?

Yeah, I am riding and training at the moment. I have got nothing sorted, so I am just doing it off my own back. I missed quite a lot of riding through the whole situation. I am a little bit behind, but I am working hard to catch up. I’ll be as ready as I can be when the opportunity comes.