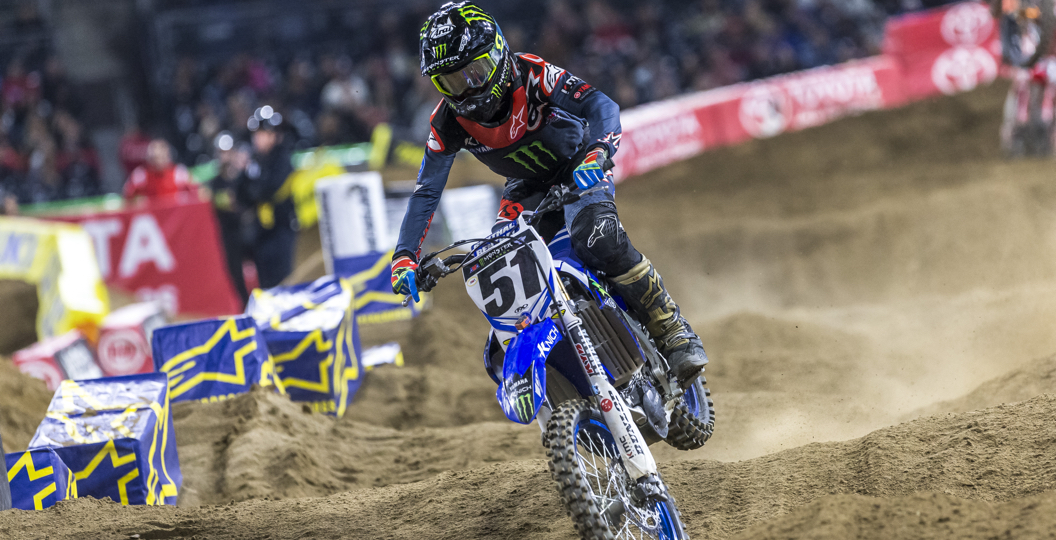 In a very surprising turn of events, Monster Energy Yamaha Factory Racing have announced that Josh Hill will fill-in for Justin Barcia at the upcoming event in Seattle. Seattle will, of course, be a home event for Hill, so it is fitting that he makes his return to the highest level at this particular race.

“Getting a call from Factory Yamaha to come race Seattle came as a total surprise to me,” Josh Hill said in a statement. “I was just on my way home from winning the AMA National Snowbike Championship and was planning on racing Seattle on my own bike out of my own truck. I got a call from Keith McCarty, asking me if I wanted to fill in for Justin Barcia, and of course I was honoured and shocked that they would think of me. It is pretty surreal to come up out of retirement and get a call from Factory Yamaha to go racing. It is even cooler that Factory Yamaha is where I started my career out in 2006 when I was sixteenth and to be doing it now, twelve years later, coming back to my home race in Seattle, is pretty exciting.”

Josh Hill has not raced professionally since Atlanta in 2015 and piloted a Cycle Trader Rock River Yamaha that night, but a practice crash ruled him out of the next event in Daytona. After announcing his retirement later that year, he filled a full-time position at Monster Energy.