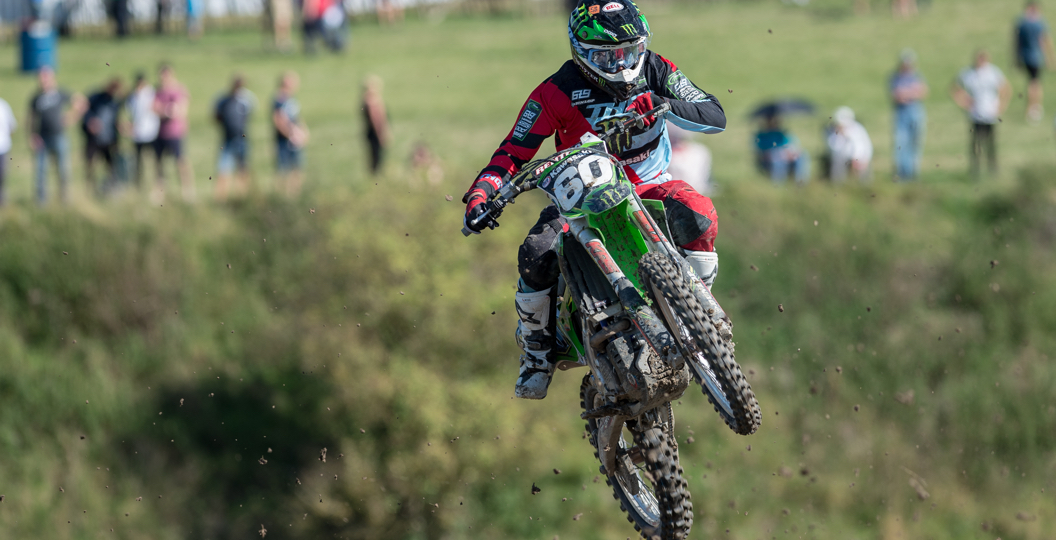 REVO Husqvarna announced two of their three riders for next year earlier today; Dylan Woodcock will sit alongside Mel Pocock beneath the awning. The third rider, who has not yet been announced, will be unveiled at the Dirt Bike Show next week.

“I’m really looking forward to next season,” Woodcock said in a press release. “I’ve ridden the Husqvarna once and, obviously, after being on Kawasaki for so long it feels very different but I took to it very well so I’m very optimistic – it’s going to be a good year. Racing the full EMX250 series is very exciting. I did the last round in France this year, but it was very wet and more of a survival race so I don’t feel as though I gave it a good shot.

“My teammates are very experienced, which will be a big help. I train with Mel [Pocock] in the gym with Sol Gilbert, so I’ve got a good winter of preparation ahead of me,” he concluded.

The three professional riders will compete in the full Maxxis British Championship and EMX250 series, then select rounds of the Michelin MX Nationals. The third rider, who is expected to be Martin Barr, will follow a similar programme.