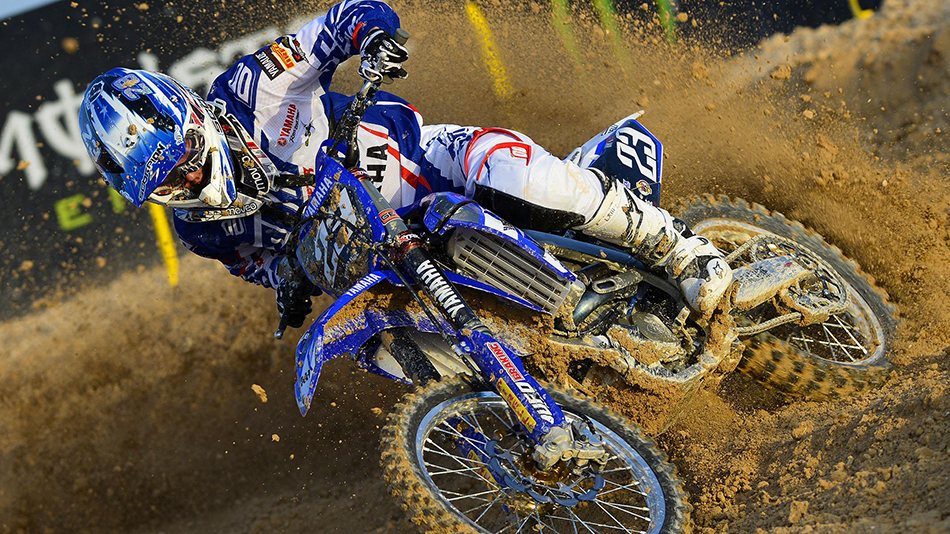 So, another week has flown by in the world of motocross. Now that the season is in full swing, news is coming in from all angles. But as usual, you can catch up on all of that by reading our ‘Weekly Wrap Up’. So, without further ado, lets jump into all of the news.

Unfortunately, Wil Hahn (one of the most likeable riders in the paddock) has sustained a lot of injuries, following a hard fall in St. Louis. Kevin Windham confirmed on Twitter that Hahn has broken his collarbone, his humerus in four places and he has fractured his skull, as well. Obviously, Wil will be on the sidelines for a little while – it seems like he could be out for the rest of the year. But, the good news is that he is stable and already on the road to recovery.

Matt Goerke has not had much luck at all in the last year; the BTO Sports KTM rider is on the sidelines now, as he broke his elbow this past weekend. Matt had only just recovered from a broken finger sustained at Anaheim 1, so he hasn’t had a chance to show what he is capable of this year. In the past, a broken elbow has proven to be tough to come back from. So, depending on the severity of the injury, I can see Goerke being out for quite some time.

The Monster Energy MX Nationals (Australian series) fired into life this past weekend. But, it did not go to plan for Cody Cooper – he fractured his cheekbone and eye socket. Cooper has had facial surgery this week, so he will now begin the long recovery process. I’m certain that some of you are wondering how he sustained those injuries, right? Well, Cody made contact with a trackside fence that he believes was too close to the track.

I am certain that some of you were wondering why Christophe Charlier was not racing at the Brazilian GP, right? Well, the Frenchman had surgery to fix his fractured fibula, after the Thai GP. At this point, it looks like he will not return until Valkenswaard on the 4th May. However, if his recovery goes well, he could potentially return at the Bulgarian GP.

The British Masters is Set to Make a Return:

When it was announced that the British Masters was no more at the end of last year, most were disappointed, and understandably so; the series has been a popular place to race for many, many years. The series has seemingly left a huge void this year, but that will be filled in 2015, as the British Masters is set to make a return, we are pleased to announce. Here is the official statement that we received:

The “British Offroad Masters” under the direction of Offroad Motorsport UK will be back in 2015 following a meeting last weekend of the Directors of Offroad Motorsport UK and Mr Ken Winstanley. Ken will be taking on the position of Race Executive. Colin Hambridge (Director and Chief Clerk of the Course) welcomed the appointment of Ken who brings with him a wealth of experience and a strong and successful record within the motocross industry and together with Ken and myself, Christine, Ron, John, Peter, Jean and Julie our aim is to provide a top class motocross race series right from the amateur rider to the pro rider on some of the top class tracks within the UK.

The 2014 Monster Energy Supercross series will head into Houston this weekend, for round fourteen of the title fight. Ryan Villopoto is still in control of the premier 450SX division; his gap is thirty-five points with just four rounds remaining. Although he does not need to beat Ryan Dungey (second) and James Stewart (third), I am starting to wonder whether his pride will take over at some point, and he will feel the need to re-establish his dominance. I think that is one of the most interesting storylines to watch moving forward.

The 250SX West class will make a return to the series this weekend, which will be intriguing to watch – Jason Anderson has a small four point cushion over Cole Seely. Seely may be the one to watch though; he has momentum on his side following the success he had on a 450f in the break. Strangely, there has not been much coverage of Anderson in recent weeks, so no one is really sure how prepared he is coming in.

The 2014 Maxxis British Championship will resume this weekend at the sandy track of Lyng. After round one, the title fight is wide open in both classes, as Shaun Simpson has a slender lead of three points over Jake Nicholls, in MX1, with Kristian Whatley a little further back. In MX2, Mel Pocock and Matiss Karro are tied at the front. It will be interesting to see them go head to head this weekend, as Mel will surely want to match Matiss’ raw speed; the Latvian seemed to be superior at Landrake.