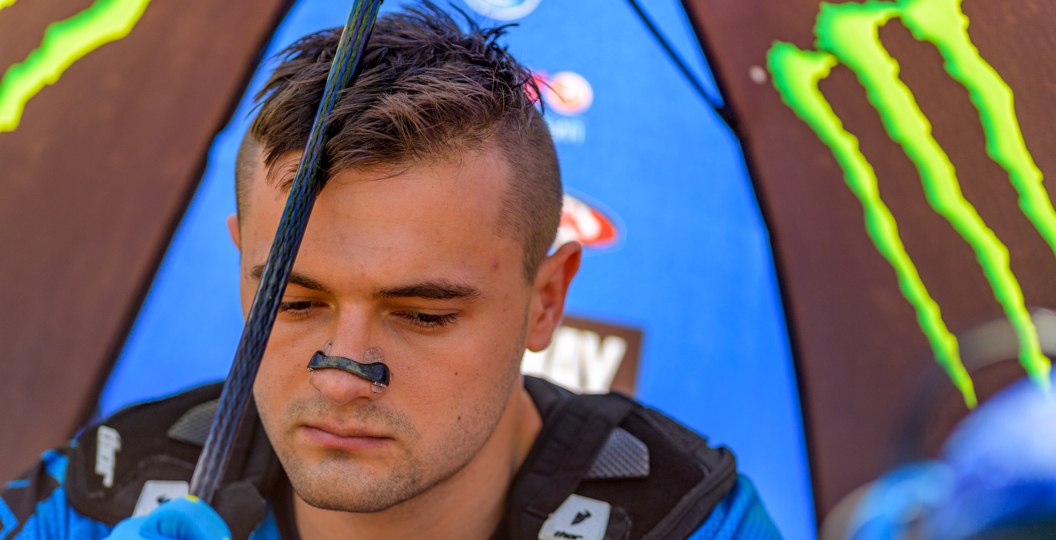 Cooper Webb has enjoyed a lot of success in wildcard outings at the American rounds of the FIM Motocross World Championship. Webb made his debut on a 450F at the event two years ago, which was held at Glen Helen, and stood on the box in second overall, then put on a heroic ride in Charlotte last year to claim the overall.

The Yamaha rider will be hoping for similar success at this weekend’s event, as he’ll be piloting the 2018 YZ450F in anger for the first time. It is no secret that Webb, who had just two finishes inside of the top three during the outdoors, has struggled with bike set-up this season, but it is thought that the changes that have been made to the new model will help him significantly. “Very excited to swing my leg over the 2018 bike this weekend at the MXGP,” Webb wrote on social media.

Arnaud Tonus and Shaun Simpson have already raced the new bike in the FIM Motocross World Championship with some success. Tonus, who is currently out with a rib injury, won a moto aboard the machine at the recent Grand Prix of Switzerland.