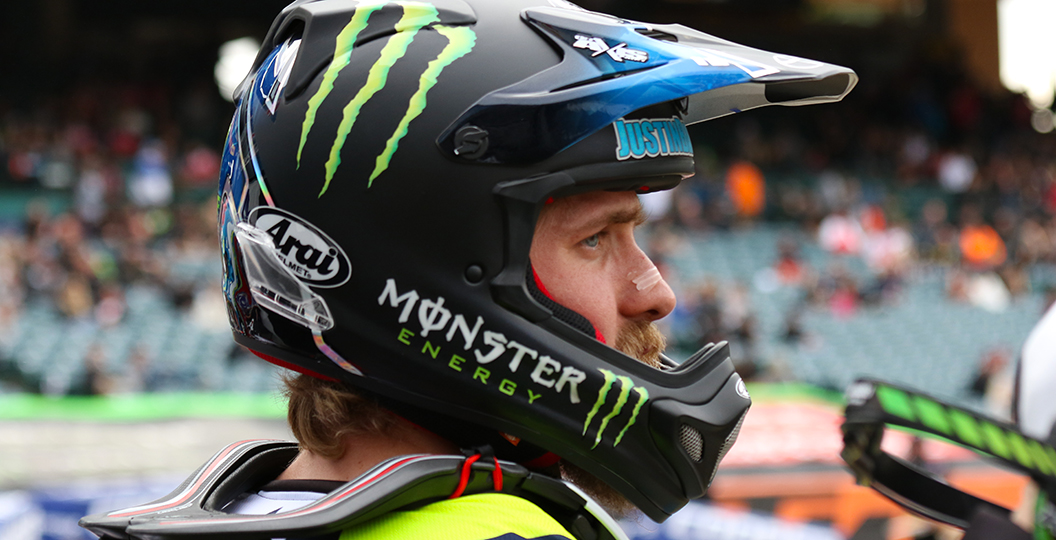 James Stewart: After withdrawing from the second round of the Monster Energy Supercross series one week ago, James Stewart has deemed himself unfit to compete in the third fixture of the 2016 season too. The former champion has pinpointed Oakland as the race he would like to return at.

Justin Barcia: Justin Barcia struggled through at the first round with what most believed to be arm pump. However, he came out at the second round and admitted that he tore ligaments in his thumb prior to the opener and could barely hold on. The pain proved to be too much for ’51’, as he has gone under the knife and is out for the foreseeable.

Broc Tickle: The RCH Racing Suzuki rider crashed hard on Thursday this week and fractured his wrist, which will see him miss the next four to six weeks of racing. Tickle underwent surgery on the day of the incident, so is already on the road to recovery.

Justin Bogle: Justin Bogle was already dealing with a foot injury entering Anaheim 1, but a big crash at the second round only made things worse. The 450SX rookie has, consequently, elected to sit out this weekend and potentially Oakland too.

Kyle Chisholm: Chisholm crashed hard into the face of a triple last weekend, which led to a concussion, dislocated shoulder and fractured upper part of his humerus. Kyle has already undergone surgery, so his focus has shifted to the second half of Monster Energy Supercross and the outdoors.

Andrew Short: Andrew Short returned to a supercross track for the first time last week, so is getting closer to a return. It sounds like returning at the fifth or sixth round would be realistic for the veteran.

Blake Baggett: It seems that Blake Baggett could return much sooner than most would initially presume, as he has his sights set on the fourth round of the Monster Energy Supercross. He returned to riding this week.

Tyler Enticknap: Tyler, the bother of the Seven Deuce Deuce, crashed at the second round and broke his thumb. He aims to return once the series starts to head east.

Vann Martin: Vann Martin took to social media following the weekend, stating that “luck just wasn’t on our side.” He dislocated his collarbone on the first lap of his 450SX heat and will, consequently, be on the sidelines for the next couple of weeks.

Jessy Nelson: Jessy Nelson had the best chance of stopping Cooper Webb from taking two straight titles, but has been ruled out following a high speed practice crash. There is currently no timeline on his recovery, but his team have stated his “recovery will be taken on a day-by-day basis.”

Daniel Baker: Daniel Baker was having a rough introduction to Monster Energy Supercross, but things got a lot worse last week. He is expected to miss the rest of supercross with an ankle injury, so the team have drafted in Luke Clout as a replacement.

Zach Bell: Zach Bell is a regular in this column, unfortunately, and once again he is on the sidelines. After crashing in practice prior to San Diego 1, Zach will again sit out this week in an attempt to get back to one hundred percent.

Mark Worth: Mark Worth, a rookie on the Motorcycle Superstore Suzuki team, crashed hard on the first lap of the untimed 250SX C session at Anaheim 1. Worth dislocated his elbow, fractured it, and also dislocated a hip. Obviously it’s unknown when he’ll return, but he’ll be out for a while.

Darian Sanayei: Darian Sanayei is on the Bud Racing Kawasaki team this year and was set to take part in 250SX West, as well as the EMX250 series in MXGP. He injured his back pre-season, however, and will miss all of supercross.

Jackson Richardson: Jackson Richardson released a statement on Instagram last week, stating that he crashed at A1 and has undergone shoulder surgery. It turns out that the shoulder has been giving him trouble for some time, so he’s looking forward to returning at one hundred percent.