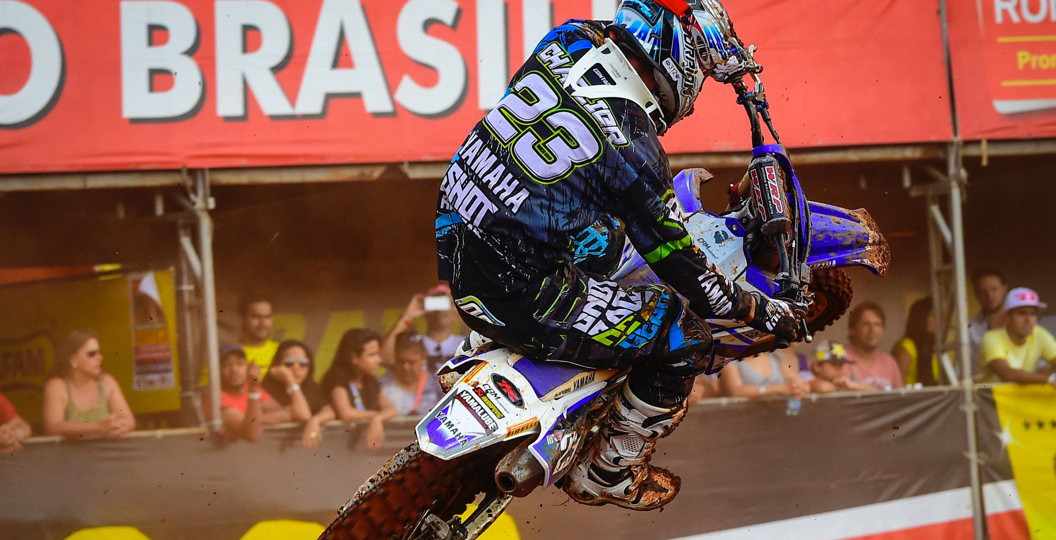 Question: Right, there is one round left; what do you think is going to happen in the MX2 class? Will Herlings make it back? Who will win?

Jonathan McCready: Rumours are circulating that Herlings isn’t able to ride in Mexico but even if he does, Tixier has to be the favorite. Riding seven weeks after a broken femur has to be too much pain, even for a fighter like Herlings. Tixier admitted he isn’t great under pressure but he should be able to do enough to clinch this title Steve Ramon style, through consistent top five results. Just don’t expect him to go 1-1! It might not be the most deserved title in history, but it isn’t Tixier’s fault Herlings got injured and that he is there to pick up the pieces.

Lewis Phillips: If I had to put money on the line right now, I would say that Jeffrey Herlings will not be in Mexico. If it does play out that way, there is no doubt in my mind that Jordi Tixier will score the required amount of points and clinch his first world title. However, if Herlings does show up, I’m honestly not sure who will win. We really have no idea how Jeffrey would be able to perform, should he line up. Could he beat Kei Yamamoto? Would he be able to do all of the jumps? I can see him going 11-12, which would mean that Jordi would have to win, basically. So based on that, I think Herlings would be the favourite if he lines up.

Question: There are a few riders that have under-performed this year. Who has been the biggest disappointment in your eyes?

Jonathan McCready: Tyla Rattray, without a doubt. He came into the season talking the talk about how MXGP only has five fast riders and how he expected to go for the title after improving his speed in America. In the end, it looks like Rattray has gotten slower by racing in America – he only got top five in a moto once all year! I didn’t expect Rattray to contend for the title, but I did think he would be in-between fourth and seventh in most of the races. Although he had injuries he still wasn’t on the pace that everyone expected when he was fit, and clearly Husqvarna’s decision to not bring him to the final two rounds reflects that.

After living in the American bubble, Rattray got a shock at the depth this year in MXGP and never recovered, but hopefully he will be more prepared both mentally and physically next year. It is sad to see his decline compared to Cairoli since he became world champion in 2008 – he just isn’t the same rider. Rattray has to be better next year, because it could be his last chance at a factory ride and I think he will be, especially if he can practice with Ryan Villopoto.

Lewis Phillips: Can I just rattle off a few names? Obviously Tyla Rattray is one of the biggest disappointments and Luke Styke never really showed any promise. However, one of the riders that I expected a lot more from (and this may surprise you) is Christophe Charlier. I know he won a moto, but other than that he has nothing to show for his season. Sure, he was injured a handful of times, but he has had a few runs where he has been one-hundred percent. He has just two top five moto finishes, so it is hardly surprising that he is struggling to find an MXGP ride for next year. I expected him to be right there in that second tier behind Herlings (when he was healthy).

Question: What do you make of Max Nagl’s victory? Will he utilise the momentum gained in Mexico this weekend?

Jonathan McCready: In one way I was a bit shocked, but at the same time I know that Nagl is more than capable of such a performance. Injuries have robbed us of seeing the best of Nagl, he was Cairoli’s biggest challenger before all the injuries and this performance underlines his potential. But Nagl’s confidence and self-belief is more fragile than most and if he doesn’t get good starts he sometimes struggles to come through, so I don’t know if winning in Brazil means he has more chance of winning in Mexico! Hopefully Max can find this form consistently in 2015, his shyness leaves him underrated but he is a hard working, a very tough guy and deserves to be back at the sharp end of a title fight.

Lewis Phillips: I wouldn’t be too surprised to see Max Nagl on the top step of the podium again this weekend, although it would be a little shocking to see him dominate in a similar fashion to what he did this past weekend. I do not think that Max Nagl will ever become a constant winner or a title contender, simply because he has not yet proven that he is capable of running at the front each week. However, we should occasionally expect the German to show what he is capable of.