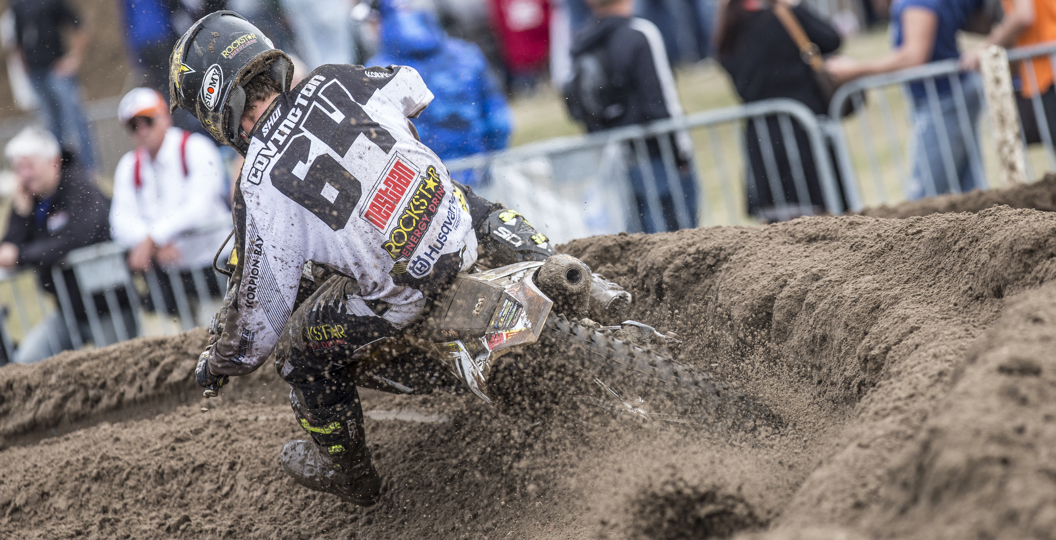 Thomas Covington was riding a brilliant race in the final MX2 encounter, as he ran second for a majority of it and silenced a lot of the naysayers. Everything came crashing down, however, when his bike got away from him on one of the toughest parts of the track. That resulted in what was arguably the biggest crash at the MXGP of Belgium, which was held at Lommel.

Covington’s girlfriend, Katelyn Caskey, has since provided an update on social media. “Thankful God kept my boy safe today,” she said. “He crashed after racing almost the entire race in second. Asking for prayers, as he’s going to get an x-ray tomorrow. Hopefully he’ll be all healed up and ready for Switzerland!” Footage of the incident can be viewed below.

Thomas Covington also provided some information in a post-race press release. “I had a good race pace but three laps before the end I made a small mistake and ended up hitting the dirt pretty hard,” he reflected. “I feel sore in my back but luckily I stayed away from any serious injury. I now need to give my body some time to relax but hopefully I will be back to my normal training schedule pretty soon,” he concluded.

A further update has since been released, following the x-rays that occurred on Monday morning. “Thankful to come away from this with only a few bruised ribs,” Covington said on social media. “The good Lord was looking out for me yesterday! I’ll be back next weekend in Switzerland.“

#64 now sits sixth in the championship standings, but he has an advantage of thirty-six points over the rider in seventh.