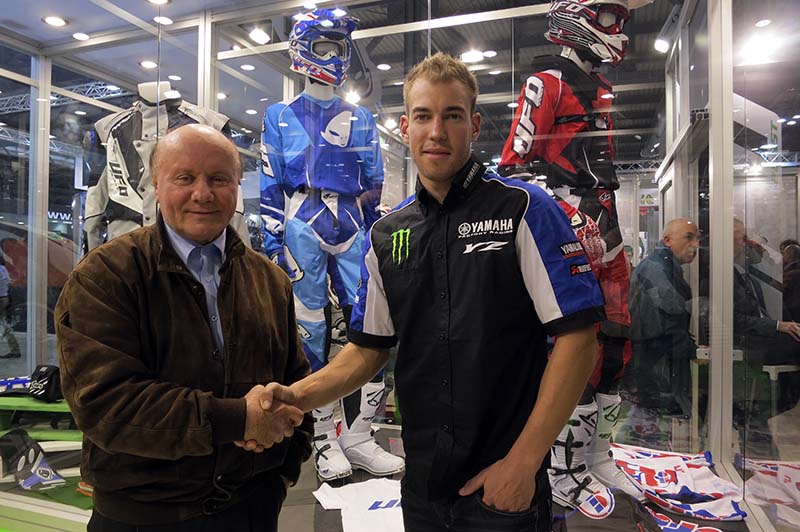 UFO PLAST and YAMAHA together for 2013

FUNCHAL (Portugal), 15 November 2012 – After years of close collaboration in the Enduro world championships, Ufo Plast and Yamaha Europe are getting back together in 2013. It was announced by the patron of Ufo Plast, Vito Consoloni, after signing the agreement which will bind him to the Yamaha-Rinaldi team in the MX1 and the Yamaha-Dixon team in the MX2 with provision of clothing and protective gear.

The riders who will be wearing the official colours of Ufo Plast are Steven Frossard, one of the favourites for the rainbow jersey for 2013, and Joel Roelants, both in the Yamaha-Rinaldi team in the MX1. Maxim Desprey will be the standard bearer of the English team Yamaha-Dixon lined up in the MX2 World Championship together with the European champion Mel Pocock, who is already a Ufo Plast rider.

The official press announcement was made at the Eicma Milan Show at the Ufo Plast stand yesterday with the presence of the French rider Steven Frossard.