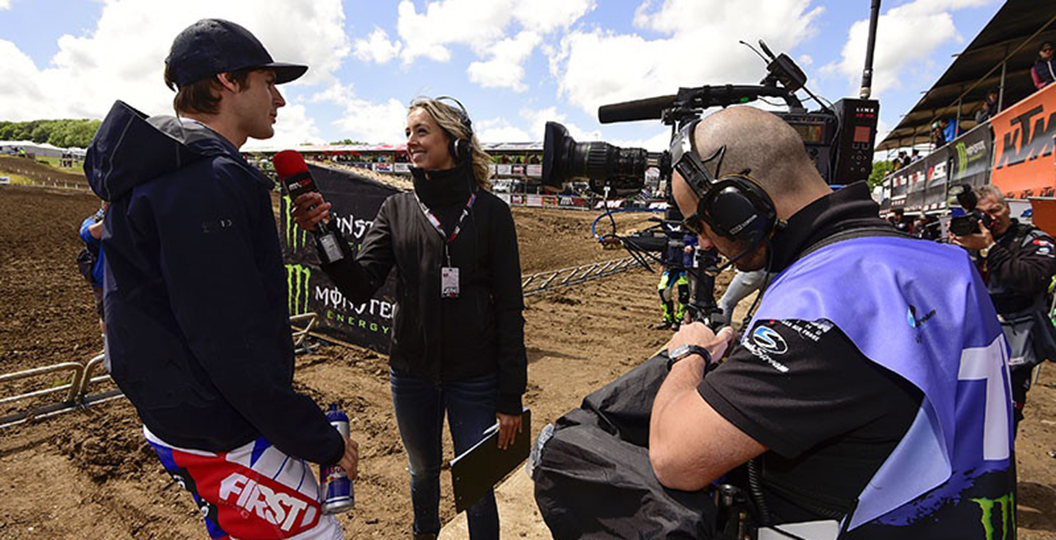 Residents of France can view both MXGP and MX2 races LIVE on MotorsTV and LIVE and in HD onBeIN Sport starting at 13:00 (CET). Local television channel France 3 Poitou Charentes will be in attendance on both Saturday and Sunday to provide their viewers with live reports and news coverage.

The ninth round of the 2014 FIM Motocross World Championship in Saint Jean d’Angely, France, will be broadcasted in the UK and Europe on MotorsTV. BEIN sport will cover parts of Europe as well as The Middle East, North Africa and South Africa while FOX Sports will cover Asia and Australia while Mediaset will screen the final race of both MX2 and MXGP LIVE in Italy at 16:00 and 17:00 (CET) onItalia2. CBS Sports Network will cover the United States and Canada screening the second races of both MXGP and MX2 starting at 6pm (EST) and 3pm (PST).

Don’t forget to tune into MXGP-TV’s 26mn Magazine which is a filmed production featuring rider interviews with MXGP-TV host Amy Dargan, all the best moments of the weekend both on the track and off, highlights from racing in MXGP and MX2 as well as a GoPro on-board lap of the track at each and every round of the FIM Motocross World Championship. Following each round of MXGP, the 26mn Magazine will be broadcasted every Tuesday night with the 26mn Magazine from MXGP of France being screened at 23:30 (CET) on Tuesday 3rd of June on Eurosport.