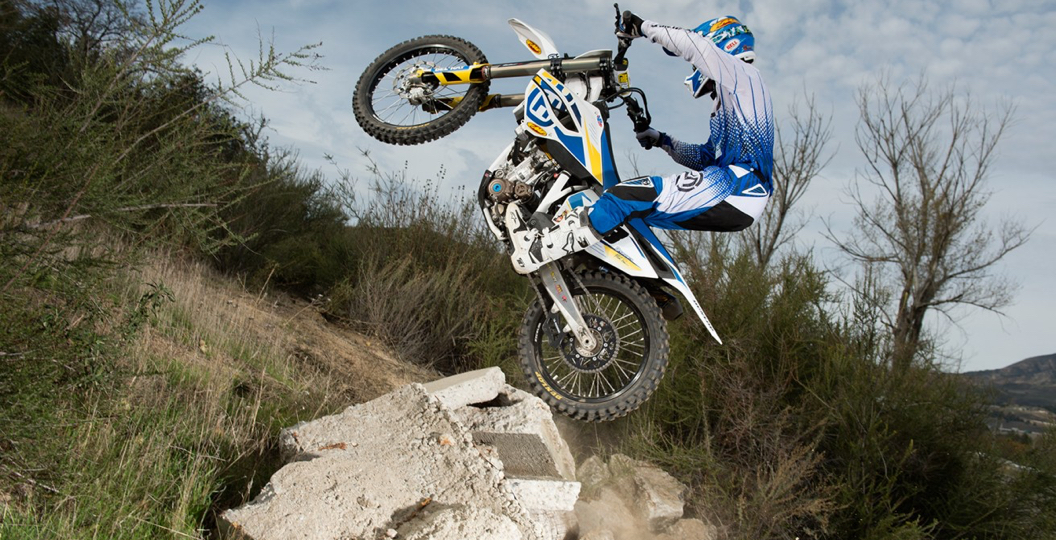 Tough night for Brown in Boise

Husqvarna rider Sandra Gomez of Spain returned to the US on Saturday to claim yet another podium in the penultimate women’s event at the AMA EnduroCross Championship at Boise, Idaho, the eighth round of the 2014 series.

On a night of below freezing temperatures far cooler than what Gomez is accustomed to at home in Spain, riders toughed it out on a daunting track at the Fort Idaho Center just outside Boise. She was close to taking her third consecutive victory in the women’s competition when she got hung up in the woodpile in the final corner and had to settle for second place. While Gomez had to concede victory to Lexi Pechout in the last corner she was still pleased to wrap up her evening in second place.

Gomez, who also recorded the fastest lap time, has been impressive since she joined the competition in round five at the halfway mark of the season. She has taken two wins, one second and one podium third from her four starts riding her Husqvarna TC 125 machine.

The event started out well for Husqvarna’s Mike Brown, who claimed the hot lap glory during qualifying. Fresh off his gold-medal effort with Team USA at the 2014 ISDE, Brown was looking to ride his momentum into the night show in Boise, but the slick track didn’t make it easy.

Brown led the way in the first heat of the evening until getting hung up in a nasty log section. He lost the lead but held on for third, and a transfer into the main event. ??Things didn’t go well for Brown right from the start of the main event, where he got pushed out in the first turn, and was forced to head into the first lap dead last. Brown put on a commendable charge in the remaining laps, and made his way up to eighth place by the checkered flag.

Husqvarna’s Andy Jefferson said they had hoped to see Mike on the podium. “This isn’t the kind of night we hope to have, but Mike pushed hard and hung in there tonight,” he commented. “Mike has what it takes to get on the podium, and we have one more round this year to make it happen. We’re looking forward to a strong finish to our 2014 season at the Ontario, California EnduroCross finale next Saturday.”