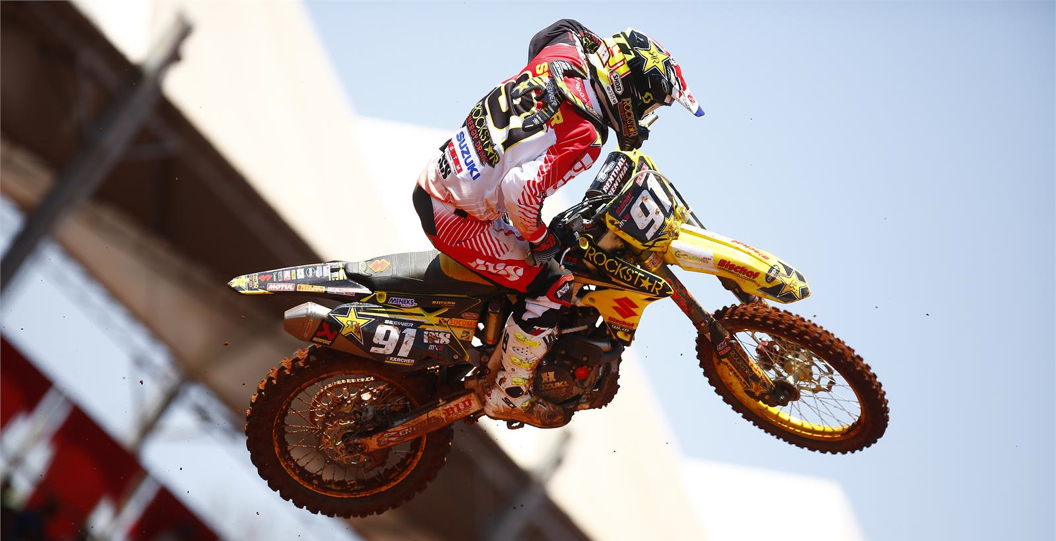 The Time Sheets: GP of State of Goias

The MX2 class is so exciting with Jeffrey Herlings out! There are a handful of opportunists that have seemingly stepped up in an attempt to gain the first win of their career (or podium) – that’s something these three riders were all shooting for in Brazil. At the midway point of the second MX2 moto (highlighted in the above table), these riders occupied the top three spots and weren’t separated by much, although Gajser had a slight advantage at the front. It was Seewer that surprised me the most, as he showed speed and composure whilst battling up the front; he doesn’t have too much experience in that position.

Jeremy occupied the runner-up spot from lap six to ten, after making his way up from third. His times were competitive in this period and very consistent; however, he unravelled as soon as he lost second to Dylan Ferrandis. Perhaps this was a case of everything catching up to him? Just look at how the times consistently tailed off. Anyway, he still finished fifth, which tied his career best.

This left Dylan Ferrandis with a clear track to try and chase down Tim Gajser, which he desperately needed to do in order to acquire the first GP win of his career. Dylan went all out, but didn’t match his pace. So, whilst the Frenchman dropped back ever so slightly (although he still captured his second runner-up spot of the day), Gajser sprinted away to capture the first moto win of his career. With Herlings absent, I have been quite intrigued to see how each MX2 frontrunner has dealt with the added pressure, and Tim wasn’t fazed in the closing stages of this moto, despite the fact he was also a little banged up from a crash on the Saturday. Perhaps he would have reacted differently had someone been breathing down his neck?

It was good to see some different results at the GP of State of Goias; having Max Nagl and Steven Frossard finish first and second in moto one isn’t what we are used to seeing. Max was the greatest surprise of course, as he simply dominated all weekend. The above times clarify that he was clearly the fastest – we haven’t seen speed and consistency like this from him in quite some time. In fact, the last time he won a GP was the first round in 2010 and he hasn’t gone 1-1 since the French GP in ’09! His win in Brazil came out of nowhere – make no mistake about it.

Max admitted post-race that he was a little nervous prior to the first moto, as many expected him to win. However, you wouldn’t be able to tell, as his times really didn’t waver much at the start of that race, as you can see above. Credit must go to Steven Frossard, who was chasing him at this stage. Although he could do nothing about Nagl and had to watch him ride off into the distance, his times were consistent too (except for that 2:02.206 on lap eight), which is something that he often struggles with.