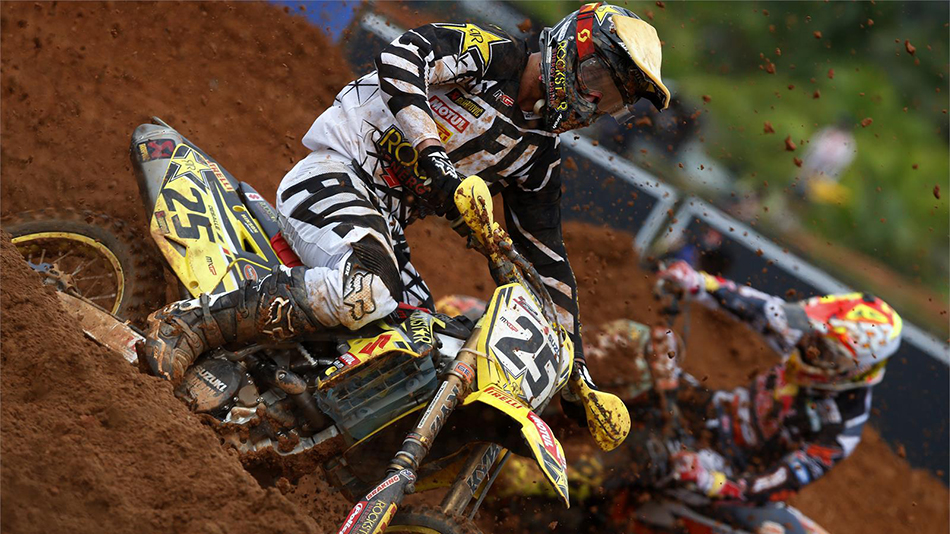 The Time Sheets: GP of Brazil

The 2014 FIM Motocross World Championship visited Beto Carrero in Brazil this past weekend for round three of the title fight. Although it looks like Antonio Cairoli ran away with the races on paper, there were actually some great battles at the front of the pack in both classes. In ‘The Time Sheets’ we breakdown those battles, and take a closer look at the action.

In the second MXGP moto, the stage was set for a brilliant battle early on, as Gautier Paulin, Clement Desalle and Antonio Cairoli got out front early on. However, it did not take long at all for Cairoli to take the lead; he was ahead by lap six. This was the ultimate test for both Paulin and Desalle, as they just could not let the reigning champ come from behind and pass them. However, he did it, and neither of his two rivals had anything for him, unfortunately. I do not believe that this was a track that specifically suited the Sicilian – the rest of the field could be in even more trouble in the coming weeks!

Looking at the times highlighted above, it is clear that the Red Bull KTM rider was undoubtedly the fastest rider on-track; it is quite unbelievable how much slower Paulin and Desalle were. This appears to be one of his greatest strengths; Cairoli can put the hammer down as soon as he makes a pass, and establish a gap immediately. This also proves that Antonio can change his speed to meet the situation, when it is needed, he can shave a couple of seconds off of his lap times.

Behind Antonio, Clement Desalle and Gautier Paulin were very close in speed, which is not exactly surprising – they have been closely matched for a couple of years now. Paulin seemed to have some more faster lap times than Desalle; Clement seemed to be fighting the track all weekend – he was not his usual self, evidently.

It was very interesting to see how the MX2 riders fared at the GP of Brazil, as the mentality had changed for a lot of guys, with Jeffrey Herlings out. Obviously, Arnaud Tonus was the one that rose to the challenge – he claimed the first GP victory of his career. The fact that Tonus got out to an early lead in moto one was a huge help to him, as he had a clear track and could focus on putting in his laps. But, despite this, his lap times varied a lot in the first six laps, evidently. Maybe this was because he had not led in quite a while, and he was trying too hard to be faultless?

On the other end of the spectrum, Jose Butron faltered under the pressure (again), as he did last year when Jeffrey was on the sidelines. Although he got out to a good start (something that has alluded him thus far this season), Butron lost a lot of time in the early stages, and then crashed soon after, which wrecked his race. The Spaniard really needs to work on how he handles this pressure, as it is really stopping his career from progressing further, and will hinder him more in the future.