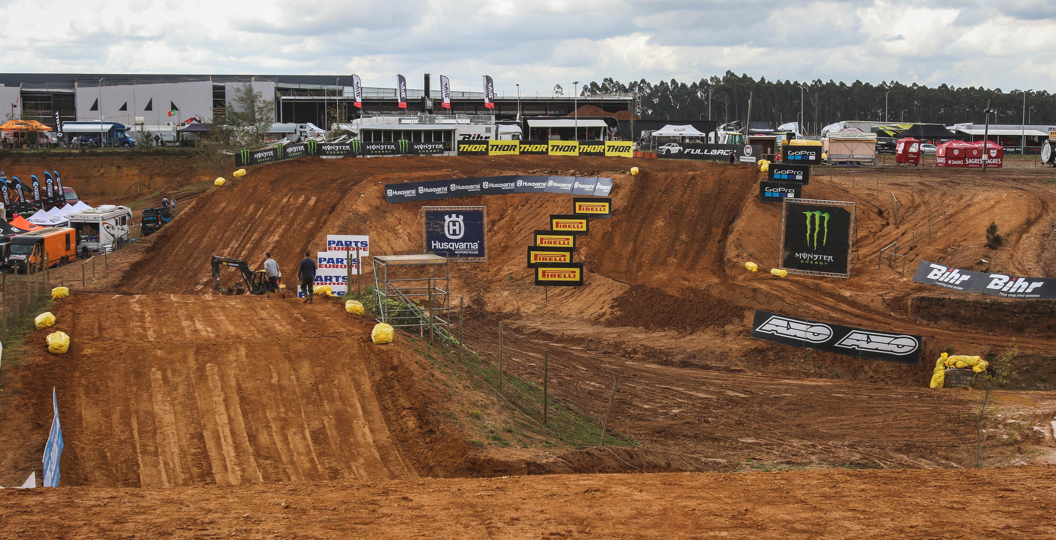 The Starter: MXGP of Portugal

The Grand Prix of Portugal was a hot topic amongst riders and team personnel at the previous round of the FIM Motocross World Championship, as rumours started to circulate that the popular circuit of Agueda was under water. Those quickly developed and some claimed that the event was in danger of being cancelled. Thankfully, however, there is not a cause for concern there.

The Portuguese region has been battered by rain for weeks, admittedly, and there was even a considerable amount of precipitation just yesterday. After spending a handful of hours at the facility earlier though, it is in perfect condition. The area behind the starting line acts as a cruel reminder of just how bad the conditions could have been though. The track crew dug down, so that they uncovered some dry soil, and flipped it over to put that on top. A move such as that was very positive, as the track is no longer wet and there is plenty of moisture underneath. It should be perfect for the qualifying heats tomorrow.

There is only one problem now: A substantial amount of rainfall is expected on Sunday. Even that is quickly becoming less of a concern, however, as the forecast simply states that there will be light showers up until midday and that is it. Sunday is not too far away now, so how wrong could that really prediction be? A spectacular mudder is not going to materialise, at least it appears that way, but the soft surface should create a technical playing field that will be superb for racing and offer countless lines. It will be unlike anything that the riders have experienced thus far, which will only add to the appeal.

Agueda returned to the schedule just last year and immediately made an impression on the Grand Prix contingent. Jeffrey Herlings and Antonio Cairoli split moto wins, which was considered normal at that point in the season, and there were some exquisite battles in the MX2 division as well. It is likely that the latter will be overshadowed by the duel that the two premier-class heavyweights are currently working through, as that has been a pattern thus far. Even more focus is going to be on those riders this weekend, however, because of the intriguing comments that Cairoli made in an exclusive MX Vice interview at the Grand Prix of Trentino.

Antonio Cairoli, a nine-time world champion, simply stated where he gets his motivation from at this point in the game. Whilst he sometimes skips training days and some other commitments, he knows that Jeffrey Herlings is doing countless laps and that drives him. Cairoli believes that extra motivation will help him bridge the gap as, after all, he has already proven that he can run the pace during the first half of a race. It is going to be most interesting to watch that develop over the coming weeks, as it will act as yet another chapter in this intriguing on-track fight that will go down as one of the greatest ever.

There are many other questions to follow at the Grand Prix of Portugal. Who will be the next breakthrough star to land on the podium for the first time? Henry Jacobi did it just last week, which would have given a lot of his peers a boost. Ben Watson and Conrad Mewse are undoubtedly the next in line to appear on the box and, if Agueda turns out to be rutty and technical, it should suit them both perfectly. Even that is an intriguing battle to follow, as those two are duking it out to be the best-placed British rider. There are a lot of layers to explore, hence why the FIM Motocross World Championship continues to reach new heights.