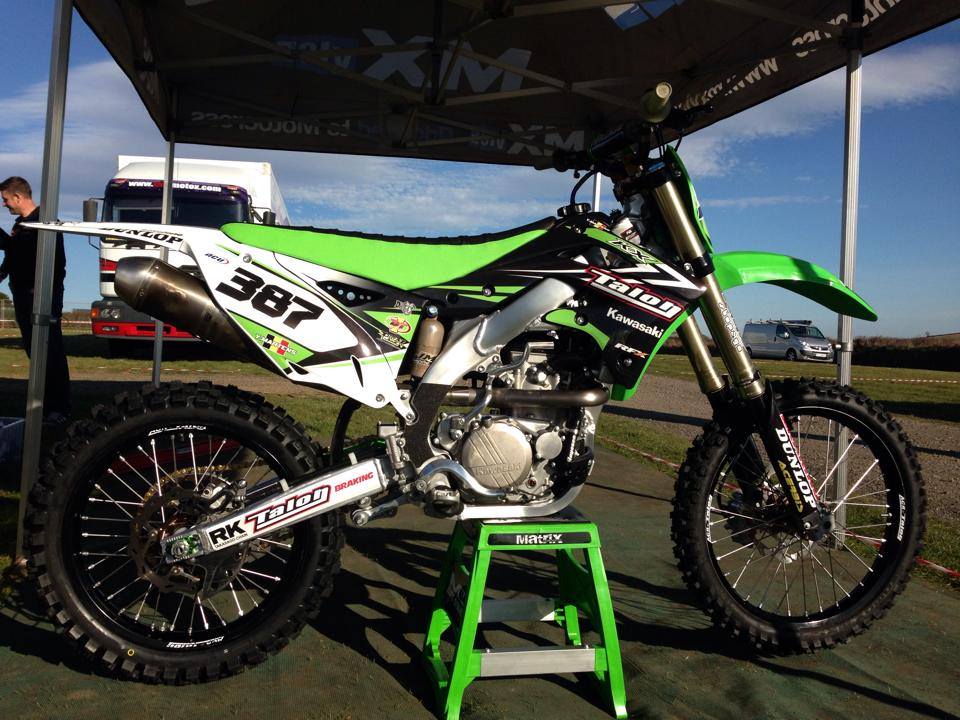 Talon Kawasaki will have a full team out there this weekend at the British Championships with Yentel Martens and Dorren Coutts both returning from long spells out. Last year Yentel suffered an ACL injury and Dorren had major issues with his shoulder that ended up requiring surgery in January this year.

Yentel also suffered a small crash recently in Belgium where he badly bruised his thumb and tweaked his knee and is still in some pain.

Both riders go into Landrake wanting to do their best but really need to get bike time under their belts, especially Dorren who has only managed 4 outings since August 2013.

Rob Boseley: It’s difficult coming into the first round with two riders that have been away from the action for such a long period. Yentel had a good program over the winter and put in a strong performance at Hawkstone. We’ll just have to see how his knee and hand hold up tomorrow on this circuit. Yentel has not been on hard pack track since April 2013 so it will be interesting day! As for Dorren he’s coming into this race with 4 practice days under his belt and limited testing. We had to wait until the surgery healed, so it was difficult for Dorren to get bike time and fitness up together and inline with the other riders. There is no pressure on either rider this weekend, the team are looking to get more bike time under their belts and get some great promotion for our sponsors!