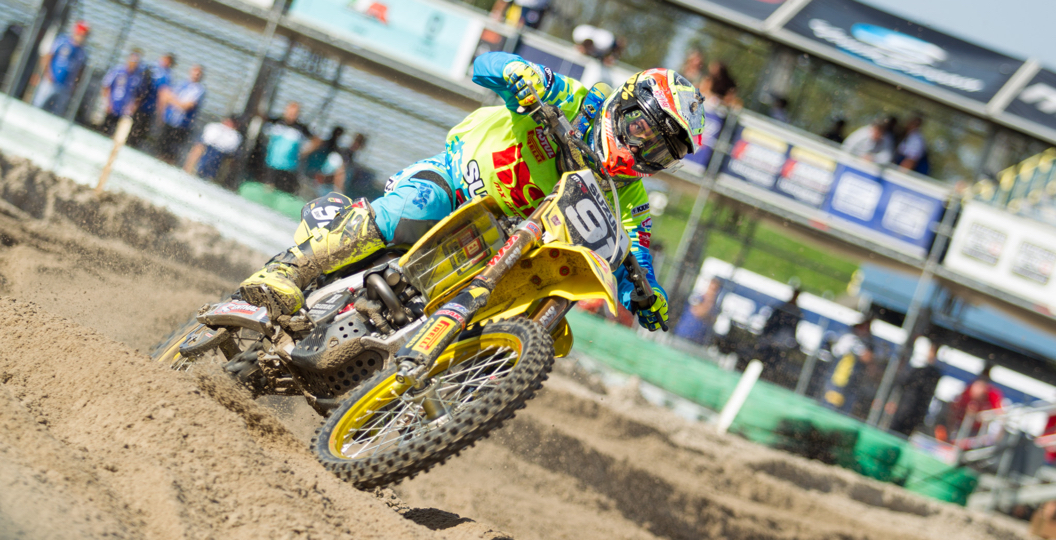 Three more Monster Energy SMX Riders’ Cup participants were announced on Sunday evening, as Stefan Everts took to the stage to unveil his team. Following the trend set by his former employer, KTM, Everts has drafted in a rider from across the Atlantic to tackle the inaugural event.

Arminas Jasikonis, Jeremy Seewer and Jake Weimer will be in yellow at the Veltins Arena on October 8th. Seewer joins Benoit Paturel and Brent Van Doninck [Yamaha] as the only 250F riders set to race the hybrid circuit.

When announcing the team, Stefan Everts stated that “our special guest will not be from Europe and, unfortunately, it’s not going to be James Stewart. We did try to make that happen, but he got injured recently. It will be Jake Weimer, the former 250SX West champion.”

Giuseppe Luongo concluded by praising Suzuki’s efforts. “I would like to thank Stefan, first of all, he has put together a very good team with two young riders who are very competitive and then with Jake Weimer who has a lot of experience,” he said. “I think it is a good team, a competitive team and I wish them the best.”

Kawasaki and TM are now the only two manufacturers who have not yet named their team.