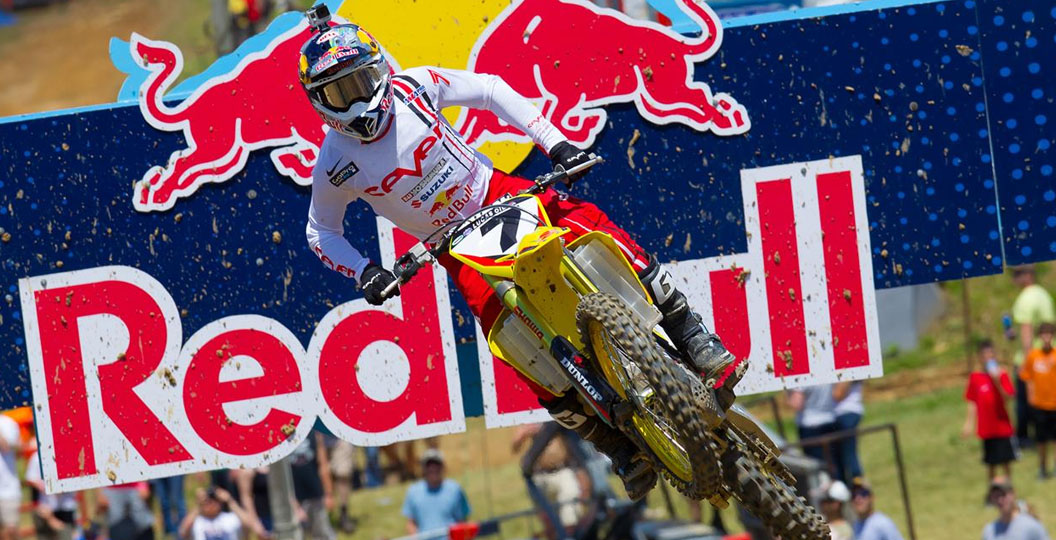 Yoshimura Suzuki Factory Racing’s James Stewart captured his first overall victory of the 2014 AMA Pro Motocross season at the High Point National in Mt. Morris in Pennsylvania at the weekend.

Stewart came into round four of the series having picked-up his first moto win at the previous round and more than topped that performance by taking both moto wins to get the overall victory. This marks Stewart’s first High Point overall win in six years.

In both 450 motos, Stewart got excellent launches off the gate, overtaking the lead on the second lap in moto one and on the first lap in moto two and went on to pull a gap and lead all remaining laps in both motos. As a result, the Yoshimura Suzuki rider won both races and, ultimately, the overall victory for the day.

Said Stewart: “In the first moto I got a good start on the Yoshimura Suzuki RM-Z450 and was able to pull a good lead. I think at one point, I was out by like 13 seconds and I just kind-of cruised in to the finish. It was awesome to get a win on a track where I’ve struggled a bit. The second moto was basically a carbon-copy of the first. I was able to go one-one today.

“It’s definitely special to have started out how we did at Glen Helen, with a solid sixth place and over a minute behind, and then to finally win a moto last weekend and then to go one-one this week – it was great. I’m looking forward to having a week off and then coming back for the Tennessee National.”

Yoshimura Suzuki Factory Racing’s next race is round five of the 2014 AMA Pro Motocross Championships on Saturday, June 28th at the Tennessee National in Blountville, Tennessee.