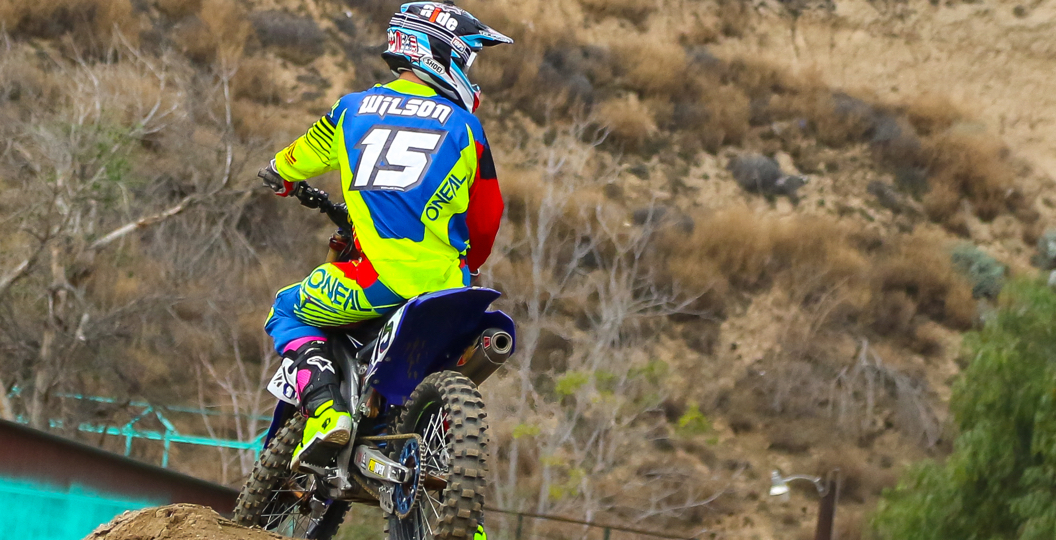 There have been many Monster Energy Supercross previews over the last seven days, hence why we elected to tackle the series from a different angle in this edition of ‘Stat Sheet’. What do the numbers one to twenty mean to the sport? Well, here are some relevant statistics entering round one of seventeen.

1 is for Ryan Dungey. It is only fitting that we begin this extensive list with the man who will carry the weight of the number one plate into A1. Ryan Dungey continues to establish himself as one of the greatest riders of all time, but will he be able to maintain that form through another seventeen rounds? Time will tell, but only four other riders have managed to win three consecutive titles.

2 is for Austin Forkner and his victories in arenacross. Stepping into the Amsoil Arenacross series can be a daunting task for a rookie, seeing as the discipline is so unique, but Austin Forkner handled it extremely well eleven months ago. Participating in two of the rounds, he managed to win two of the four main events and complete his baptism of fire. Forkner will now enter the 250SX West class as a title favourite.

3 is for the number of Yamaha-supported 450SX riders. After losing the JGR squad to Suzuki, Yamaha enter the 2017 Monster Energy Supercross series with just Chad Reed and Cooper Webb beneath their factory awning. Tommy Hahn, who will work from beneath the Cycle Trader Rock River Yamaha umbrella, is also an official ‘blU cRU’ rider. In comparison, the Japanese manufacturer had five official riders last year.

4 is for Eli Tomac and all of his 450SX main event wins. After three years in the premier class, Eli Tomac has picked up just four main event victories. Ken Roczen, in comparison, has won nine races in the same amount of time. Will this be the season that Tomac finally fulfils his potential on the big bike and delivers the results that Monster Energy Kawasaki expect? The full off-season that he has completed will aid his charge.

5 is for the 450SX main events Ryan Dungey has missed. Although Ryan Dungey is known for being consistent, it is still astonishing that he has missed just five 450SX main events since entering the class full-time in 2010. No wonder he has taken advantage of some much-needed breaks recently! The fact that he rarely falters will make him extremely tough to beat again this year, as no one has really come close to matching him in that category.

6 is for the number of rounds MX Vice will be attending. Hey, we are back again! Like last year, the MX Vice team will be in California through the first six Monster Energy Supercross rounds before heading to Qatar for the MXGP opener! We’ll be providing exclusive content from each of the rounds, as well as the practice tracks. Remember to follow us on social media, as well as visit this very site daily.

7 is for the number of laps Jason Anderson led last year. Seeing as he won two 450SX main events, one would presume that Jason Anderson led more than just seven laps across last season. Anderson only led at the opener in Angel Stadium, however, as he suffered from an average starting position of seventh the rest of the year. Will that prove to be his kryptonite again this year? If so, it is hard to imagine him leading too many more laps.

8 is for the average starting spot Eli Tomac had last year. We mentioned Eli Tomac above, as well as the fact that he has not quite won as much as one would think. Poor starts have hurt him, as he started eighth on average during the 2016 Monster Energy Supercross series. If he is going to contend for more wins and a championship this year, then he must round turn one with his competition.

10 is for Justin Brayton: Often underrated, Justin Brayton proved just last year that he is capable of challenging for podiums in the premier class. His programme has changed somewhat this year, as he’ll compete a supercross-only deal with MotoConcepts and spend time in Australia again. Brayton dominated down under not too long ago, of course, so is carrying some momentum into Anaheim 1.

11 is for Kyle Chisholm. Following some turbulent years on a big bike, Kyle Chisholm has risen to prominence again after switching back to a 250F with the MotoConcepts outfit. ‘11’ last raced the smaller bike in anger in 2008 and managed to capture a sixth at one of the rounds. Chisholm has only cracked the top five once in his career (at the penultimate round in 2010), but is hoping to do that more in the extremely competitive 250SX West division.

12 is for the time that Martin Davalos has been on the 250F. One cannot deny the fact that Martin Davalos has the speed to win a 250SX title, but he has struggled to put that to good use. The Rockstar Energy Husqvarna Factory Racing rider is entering his twelfth season in the class and will face a handful of inexperienced rookies, as well as some future stars. Will he be able to utilise his experience and finally emerge as a champion?

13 is for the number of former champions in the 450SX class. Just how stacked is the 450SX class going to be this year? Thirteen of the riders who are entered to race the premier class at Anaheim 1 have previously won a title in Monster Energy Supercross and that isn’t even including guys like Dean Wilson and Blake Baggett! Injuries will hurt the quality of the field as the season progresses, sure, but we can enjoy that depth for now.

15 is for Dean Wilson. Injuries have plagued Dean Wilson since he stepped up to the 450SX class two years ago, hence why he has been forced to put together a privateer effort ahead of the new season. The Scotsman will now be hoping to capitalise on the misfortune that his competitors encounter and slot into a fill-in ride before the circus that is Monster Energy Supercross heads east, but first he’ll have to impress on his Yamaha.

16 is for the 450SX mains Suzuki have won in the last six years. Suzuki have had a lot of star power beneath their umbrella in recent years, thanks to James Stewart and Ken Roczen, but face the prospect of being winless this year. A lot of their hopes lie on the shoulders of Justin Barcia, who has won just twice in the last four years, as the RCH squad will rely on two riders who have had limited success in the premier division.

17 is for number seventeen. The rider who has officially possessed the number seventeen has won a 250SX title in each of the last six years (although Cooper Webb and Eli Tomac were running the number one en route to their second titles, seventeen still belonged to them), so Joey Savatgy will hope to keep the streak alive when the 250SX East series begins in February. He’ll be fired up by the fact that he missed out on the 250SX West title last year by a single point.

18 is for the date that the series will head back to Minneapolis. Following a break of four years, Monster Energy Supercross will return to Minneapolis in February. The U.S. Bank Stadium, which has not played host to a round of the series before, will also mark the start of the 250SX East series.

20 is for the 450SX main events that Justin Barcia has missed. Justin Barcia has been on a downward slope in recent years and the fact that he has missed so much time has not helped his cause. Since switching to the JGR squad, Barcia has been forced to miss twenty of the thirty-four rounds that have been run due to injury. Staying healthy would have been a priority this year, even though ‘51’ and his team are looking for so much more than that, but he has already been forced onto the sidelines with a wrist injury.