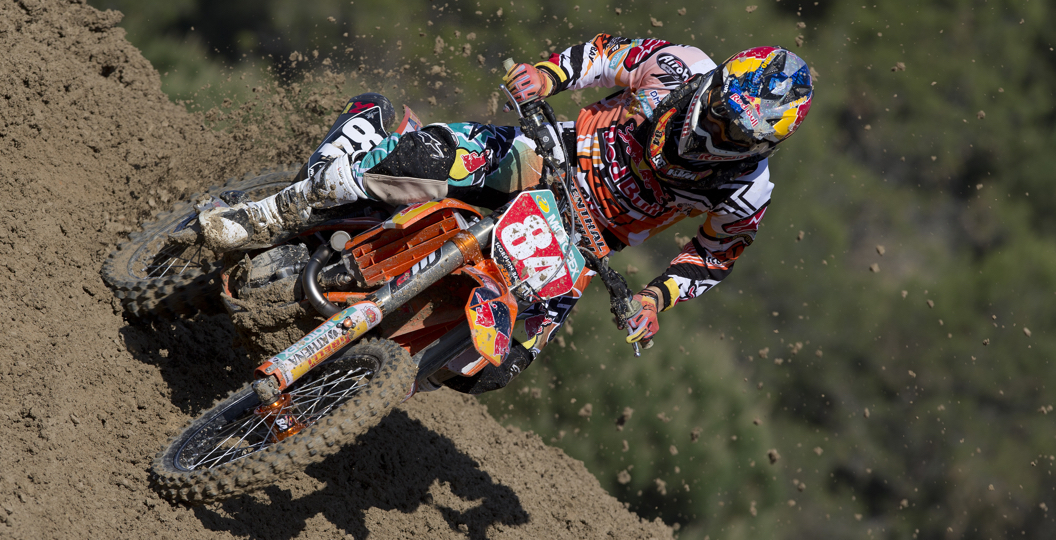 In 2004 the classes in the FIM Motocross World Championship were rebranded to just MX1 and MX2, which marked a new dawn for the series. The record books were reset at this point, as the riders had the chance to become the first MX1 (or MX2) world champion.

Whilst the name of the MX1 class has changed yet again, with the introduction of MXGP, MX2 has remained the same, which means more riders have been added to the record books. In November last year, we compiled a list of every rider that has won an MX2 GP since 2004 and it produced some interesting results. So we decided to update it with the winners from this year, which mainly meant adding to Jeffrey Herlings’ total.

It really is a surprise that Jeffrey Herlings is so far ahead, even though we watch him win so often. He has now completed four seasons as a professional and it is very realistic that he could reach fifty GP wins by the end of next year, which would set him up well to break some of the records set by Stefan Everts.

There are only a handful of riders that have garnered a significant amount of MX2 wins, which is a testament to how parity tends to be rife in the class. When tackling MX2 a rider tends to be inexperienced and therefore struggle with consistency more, which could also be a reason for how many winners there have been.

Unsurprisingly KTM have just trampled over the opposition since the MX2 class was introduced and will continue to do so, it seems. Yamaha has a respectable amount, but were mainly aided by the years that Antonio Cairoli spent on their bike; they haven’t had much to shout about since then. Who would have thought that in one season, Husqvarna would be able to tie Honda too? With Gajser on-board, you would suspect that they are going to add to their total during the 2015 season.