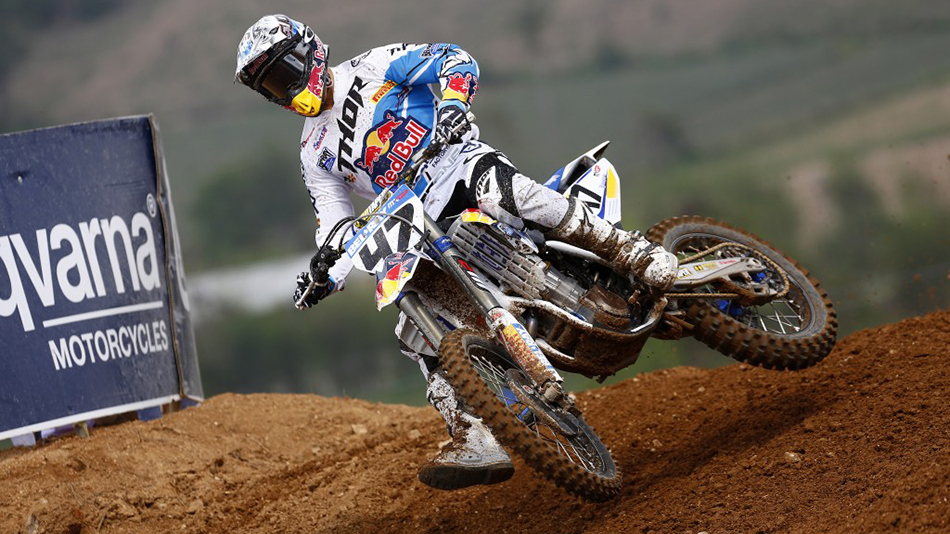 “For me, it’s important to get through the full season. That’s the thing in the GP series, there are a lot of riders that injure themselves, and I just need to settle in and make it through.” This is what Todd Waters had to say, when I spoke to him at  the beginning of the year. The Australian stated that this was his sole goal for his first season in Europe, but unfortunately, after just five rounds, he has been forced onto the sidelines.

Of course, the incident that he was involved in last week was not his fault. In fact, in the first five rounds, he done exactly what he set out to, as he settled in and had no spectacular crashes, or near misses, hence why this cruel twist of fate must be so heartbreaking for him. It would take some kind of miracle for him to be back on-track before the end of the year, so his first stint in the FIM Motocross World Championship (the one that is going to ultimately decide which path his career will take) has come to an untimely end.

Overall, it was one that he can draw a handful of positives from – it certainly helped him, rather than hindered him, in my opinion. In the off-season, no one really knew how he would perform, as we had nothing to gauge his speed off of. But, he was obviously going to be fast – I do not see how anyone could dispute that. You see, in the Monster Energy MX Nationals (that is the Australian national series) last year, Waters dominated early on, until an injury in the middle of the season set him back. They’re obviously not slow over there, he was comfortably beating former GP winner, Billy Mackenzie.

Todd may not have been as fast over here to begin with, as there was an adjustment period that everyone had to allow for, but I honestly believe he would have continued to improve as the season wore on. Unfortunately, he is not going to have a chance to show that. But, the people that are involved with the MXGP teams know that Todd has more to give; there is no way that he would have already hit his glass ceiling.

When tackling a new series for the first time, consistency is usually one of the hardest traits to master. But, Waters did not seem to suffer with this, as he only had one bad moto (a sixteenth in moto one at Sevlievo). Aside from that his worst moto finish was a fourteenth (he finished there twice), and his best result was a sixth. In ten races, he ended up inside of the top ten six times, which is certainly respectable, especially considering how stacked the field is at this time of year. After round five, the Australian was sat in seventh in the standings, ahead of multiple factory riders, and former GP winners.

So, in short, Todd has earnt his place in the premier MXGP class, hence why I believe he will find a home on a good team next year. Unfortunately, his contract with Red Bull IceOne Husqvarna is for this year only, so, he will be hoping that he has done enough to garner a ride with them for next year, and I think he has. In my opinion, Waters fills that second slot on a factory team perfectly, as he will consistently be in between fifth and tenth. Like I said earlier, he is only going to get better, too.

Obviously, the number one goal for the likeable Australian is to get healthy, which is going to take time. In the crash last week, he broke his leg, hip and collarbone, so riding is certainly a long way off. Hopefully he will make a full recovery (it looks like he is going to), and these injuries are not going to continue to hinder him in the future. We have seen so many riders struggle to return to the level that they were on following incidents such as this.