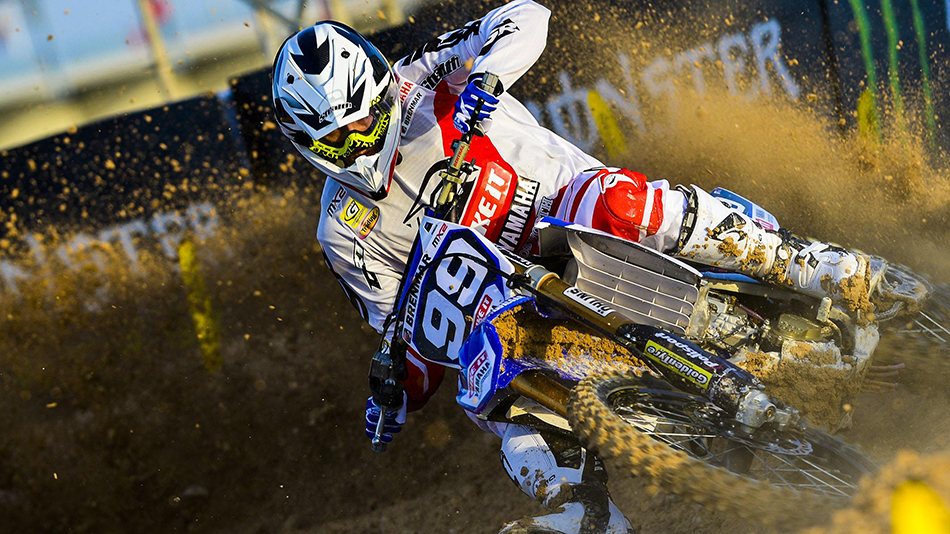 Honestly, everyone expected Jeffrey Herlings to dominate the Qatari GP. After all, he was unbeatable for the most part in 2013. However, Max Anstie came out all guns blazing and left the MX2 field in his wake. Of course, things did not work out for him in the end, as his results suffered, because of some bad luck.

The GP of Qatar was a big step forward for Max, as he proved that he has the speed needed to battle for race wins. Prior to Saturday, he had not shown that kind of speed, hence why it was such a surprise to watch him pull away with ease in both races. I am sure that his move to the BikeIt Cosworth Yamaha team is a factor in his transformation. In the past, Anstie has had to contend with lacklustre equipment. However, that definitely is not a problem for Max now – we have seen how quick the bikes that Steve Dixon provides are.

Interestingly, Max Anstie was not on a 2014 Yamaha in Qatar, like we all expected him to be. Instead, he was on the older (but still competitive) 2013 bike. This has been a popular talking point among most pit pundits – most teams, and riders, stereotypically do not stray from the current model.

Max will be aboard the 2014 eventually, but only when the team believes that the bike is as good as what they have with the 2013. Steve Dixon mentioned this on the BikeIt Cosworth Yamaha Facebook page; he stated that Anstie was on the 2013 “because we have not had the time to get the 2014 tried and tested enough to be confident that we have a better package.” It appears that he will be using the 2013 at the first three fly-away races, which certainly is not a negative – the bike is good enough to win, evidently!

I think that we can all agree that Max Anstie would have won the Qatari GP on Saturday, had a mechanical issue not struck him down, right? I will be watching intently to see if he can run up front again, and he has to, really, as he has made some very bold statements in a few interviews since the race. Honestly, I am not sure if Max will be able to do that again – it is hard to make a judgment based off of just one race, as everything worked out in his favour at Losail. Max got good starts, and Herlings did not; this obviously helped.

However, although Anstie had a bit of an advantage with his starts, he was still running a pace that was very similar to Jeffrey Herlings. So, it will be quite interesting to see what Max can do if they get out of the gate together in Thailand this weekend. Si Racha should be another good round for him, as he is no stranger to hot, humid weather and big jumps, which is what we will see this weekend.

Overall, the move to BikeIt Cosworth Yamaha could be one that saves Max Anstie’s career, as he has finally found a capable bike that he gels with, and Steve Dixon is no stranger to taking a rider to the top of the box, too. The deal that Anstie has with the team is for two years also, which can only be a good thing, as Max has not spent more than one year with a team since he turned pro in 2009, astonishingly. But, the fact that he will be able to continue to build on his program in the coming months with an eye on the future could be beneficial for him. Finally, he may start to fulfil some of his potential.