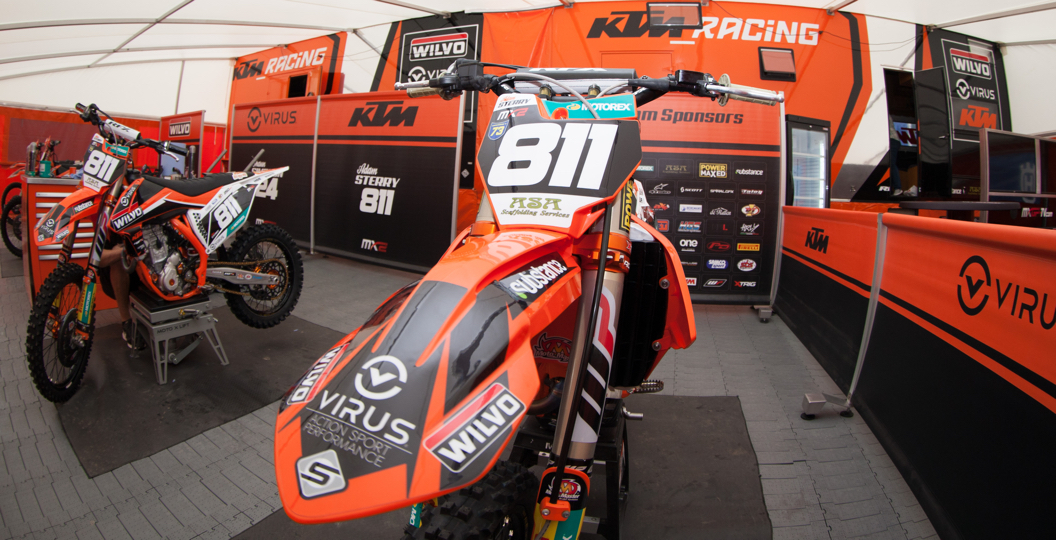 Practice and qualifying has concluded at the fifth Maxxis British Championship round, Leuchars, which is taking place beneath sunny skies. Reviews of the track were already positive yesterday, so the Scottish event appears to be a welcome addition to the calendar.

The results thus far are fairly consistent with what we have seen at the previous rounds, as Tommy Searle again sits on pole in MX1. Shaun Simpson is closer than he has been in qualifying at a lot of the rounds, which gives you an idea of where he is at with his hand, and Jake Nicholls is up there too. The rest of the field are a little off, but that isn’t too shocking as those three have established themselves as ‘the guys’.

The most intriguing thing to emerge from qualifying is just how much better Bryan Mackenzie and Adam Sterry are in MX2! If that is a sign of things to come, there could be a major change in the series standings this weekend. That would, of course, be exactly what Sterry needs.