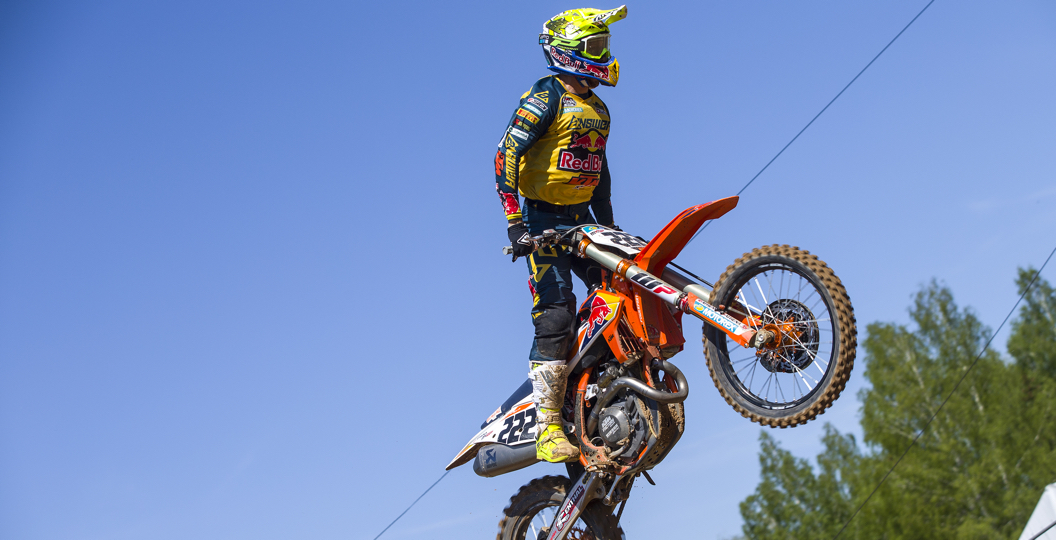 The Grand Prix contingent have marched into the familiar surroundings of Teutschenthal, Germany, ahead of the eighth round of the FIM Motocross World Championship. An overwhelming majority of riders and industry personnel know what to expect from the hard-pack track, as it is one of the oldest on the calendar.

One could argue that is evident in the consistency of the soil, as there have been comments about the way in which it has deteriorated in recent years. The slick nature has caught out a handful of protagonists and offered up some rather memorable moments. Who could forget the year that Max Nagl entered his home event with the red plate and then sustained a foot injury? What about the time that Ken Roczen returned for a wildcard ride in the premier division and duked it out with Antonio Cairoli? How about that year that Evgeny Bobryshev claimed his first and only overall win as a HRC rider?

The final point there is actually an intriguing one, because Teutschenthal has played host to a handful of first-time winners in the MXGP (previously named MX1) and MX2 categories. Brian Jorgensen was the overall winner in 2004 and then Evgeny Bobryshev tasted success in 2011. Almost unbelievably, neither rider managed to stand atop the podium again. What else do those two have in common? Paolo Martin looked after both riders when they triumphed at Teutschenthal. Ken Roczen won his first Grand Prix at Teutschenthal, much like those two, but it ended up being the first of many.

It is most interesting that the three aforementioned riders did not claim those victories aboard Austrian machinery, as it unearths the fact that KTM have not been the most dominant here. There have been KTM victories, of course, but their longest streak in a class is two (2010 and 2011 in MX2, then 2016 and 2017 in MXGP). KTM have only won both classes on the same weekend once, which was two seasons ago, as well. Does this mean that the door could be open for a different manufacturer to put their machine atop the podium? It is still unlikely, especially considering that Antonio Cairoli and Jeffrey Herlings were first and second at this round last year.

There is an obvious reason for the lack of KTM victories, which is that Jeffrey Herlings has only won at this circuit twice. Whereas at the Grand Prix of Latvia, where the previous round was held, he entered the event with four victories to his name. Antonio Cairoli is the winningest rider at this facility, with five wins (one in MX2 and four in MXGP), and there is no way that he will lose that title this weekend. One statistic that could potentially change though is that Husqvarna are the only manufacturer without a win in either MXGP or MX2. Max Anstie, Gautier Paulin, Thomas Covington and Thomas Kjer Olsen are all up to the challenge.

Another statistic that could change is that Mickael Pichon currently holds the record for the greatest advantage in a premier-class (MX1 or MXGP) moto at Teutschenthal. Pichon won the second moto by nineteen seconds thirteen years ago and that has not been beaten since. It is certainly not ludicrous to think that Jeffrey Herlings could have a greater advantage in one of the motos this weekend, especially if he takes the holeshot. A good start would be welcomed by the current series leader.