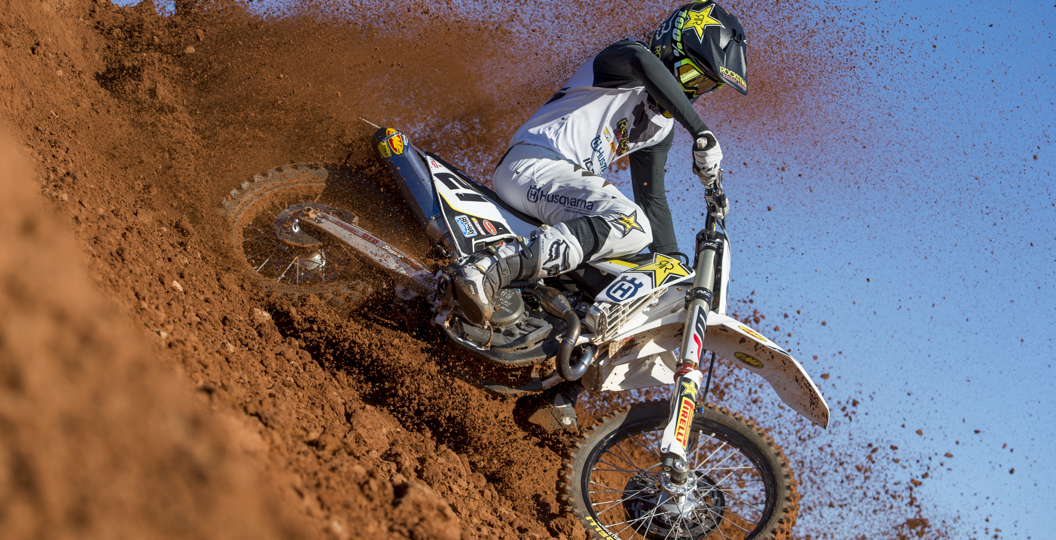 Fans have now turned their attention to the FIM Motocross World Championship, hence why the Fox Head Europe ‘Results Recap’ looks a little different this week. Rather than reflect on what went on over the last two days, as we usually would, it seemed fitting to look at the results from a tedious off-season. Round one of eighteen is just four days away, so it is best that you are prepared.

Note: Antonio Cairoli is entering the penultimate year of his current contract with Red Bull KTM Factory Racing, whilst Glenn Coldenhoff is about to tackle the final year of his deal.

Note: The Hitachi Construction Machinery squad have switched to KTM, but retained the services of Jake Nicholls and Ben Watson. The duo will compete in all eighteen rounds of the FIM Motocross World Championship.

Note: Max Nagl is currently completing a one-year deal with the Rockstar Energy Husqvarna Factory Racing outfit, so will have to hunt around for a new contract at the end of this year. His teammates, on the other hand, are in the midst of multi-year deals.

Note: Although this may seem like a big change for Tim Gajser, he is actually on the same team that he was a year ago. The Gariboldi outfit now run the Honda HRC operation.

Note: Valentin Guillod’s deal is intriguing. The Swiss pilot has a one-year deal with the Honda Red Moto team, but there is an option for a second year with Honda and it is also written into his deal that he is allowed to step over to the factory awning if one of their riders gets injured.

Note: Like a lot of riders on this list, Ander Valentin will be restricted to the European rounds of the FIM Motocross World Championship. Carglass Honda are a new to the paddock.

Note: This is the start of Romain Febvre’s three-year deal with the Monster Energy Yamaha squad. Jeremy Van Horebeek only has a contract for this year, on the other hand, so this could be his final ‘blue’ term.

Note: Ryan Houghton fills the seat that was vacated by Alex Snow, but will only compete in five or six FIM Motocross World Championship rounds.

Note: The Suzuki World MXGP duo need to perform, as their contracts are up in October. Kevin Strijbos and Arminas Jasikonis will pilot the all-new 2018 RM-Z450WS throughout the season.

Note: Ken De Dycker mentioned that he had an option to compete in the flyaway events, but his name has been removed from the pre-entry list. The Italian team do not have too much support from Suzuki.

Note: Clement Desalle’s two-year deal with the Monster Energy KRT will expire at the end of the season. Jordi Tixier is in the same position as his teammate.

Note: After undergoing corrective surgery to the muscle tissue in the lateral area of his right knee, following a practice crash in the USA, Tommy Searle is expected to miss the first two rounds of the FIM Motocross World Championship.

Note: Pauls Jonass has won just one moto in his short career, but enters the FIM Motocross World Championship as a favourite for the title. The Latvian may be a little rusty, however, after sustaining a “light concussion” just eight days ago.

Note: Ben Watson will be racing the full FIM Motocross World Championship with support from his team, unlike last year, as mentioned above. Watson missed fourteen of the eighteen rounds last year with a foot injury.

Note: Julien Lieber last raced a round of the FIM Motocross World Championship seventeen months ago. Various injuries have sidelined him since then, so he’ll have to rebuild from within his own outfit.

Note: Ivo Monticelli was contemplating a switch to the premier class, but has opted to tackle the 250F division one last time. A seventh was his best moto finish last year.

Note: Thomas Covington is the only rider in the MX2 class who has won a Grand Prix, amazingly, and typically excels at the flyaway events.

Note: Chihiro Notsuka shot to fame after landing on Jason Anderson at the Motocross of Nations last year. The Japanese rider has not contested the full FIM Motocross World Championship before, but did compete in the Grand Prix of Switzerland last year.

Note: The Vamo Racing squad will make their debut at the fifth FIM Motocross World Championship round in Trentino in April.

Note: James Dunn was initially pegged to sit alongside Ryan Houghton, but split from the team in January. Jay Wilson, who was racing the ArenacrossUK series for the team, has now been drafted in for the full series.

Note: Monster Energy KRT are almost in a year of transition, as two of their riders are new to the team and have never finished in the top five. Petar Petrov, on the other hand, has the potential to win a Grand Prix.