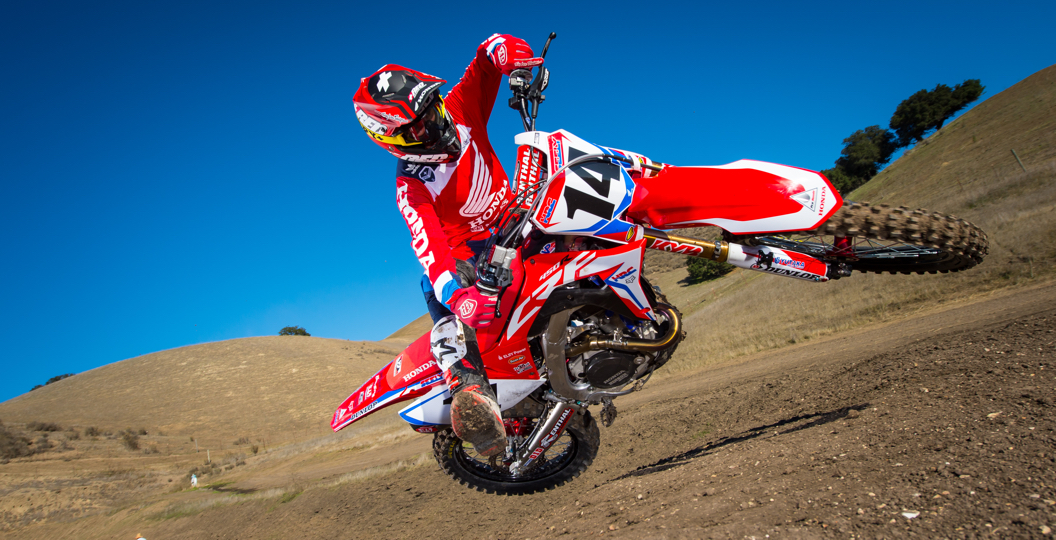 Welcome to 2017, folks! There is no waiting around, as the Monster Energy Supercross series is set to fire into life in just six days. To ensure that you are ready for the opener, which is undoubtedly a highlight on the calendar, it’s best that you make sure you have caught up on the results from a hectic silly season.

Note: Ryan Dungey will lead Red Bull KTM into action for the sixth year in a row, as Marvin Musquin begins his seventh term beneath the awning. Trey Canard will represent the Austrian manufacturer for the first time, following ten years with Honda.

Note: Davi Millsaps will occupy a full-time role beneath the Rocky Mountain ATV/MC KTM awning, after impressing during a supercross-only stint last year. Blake Baggett moves across after two years with Yoshimura Suzuki.

Note: Rockstar Energy Husqvarna Factory Racing will stick with the same 450F riders. Christophe Pourcel is entering the final year of his current contract, but Jason Anderson still has another year on his deal.

Note: Chad Reed has signed another supercross-only deal with the revitalised Yamaha effort, but will have a teammate this time around! Cooper Webb will compete both indoors and out in his maiden season.

Note: This is the final year of Eli Tomac’s deal, so his results should dictate whether he stays ‘green’ in the future. After helping Monster Energy Kawasaki as a fill-in rider on a handful of occasions, Josh Grant has now been bumped up to a full-time slot.

Note: HRC are hoping that a three-year deal with Ken Roczen will end their lengthy drought. Ricky Carmichael was the last rider to take Honda to a title in the premier class!

Note: Justin Brayton has signed a supercross-only deal with MotoConcepts and will receive some support from HRC. Mike Alessi and Vince Friese return for another term, but will stick with the 2016 CRF450R that they piloted last year.

Note: Following nine years with Yamaha, JGR have switched to Suzuki ahead of the new season. Justin Barcia returns, but with a different deal that’ll expire at the end of the year, as does Weston Peick.

Although they lost their star rider, Ken Roczen, and a handful of high-profile sponsors, RCH have received a boost and are now Suzuki’s official factory effort. Broc Tickle is entering his fifth year with the team.

Note: Alex Martin and Jordon Smith are new to the Troy Lee Designs Red Bull KTM team. They’ll be joined by Shane McElrath, who returns for a fourth term, and Mitchell Oldenburg, who has made a permanent home for himself.

Note: After impressing in the Lucas Oil Pro Motocross series, Benny Bloss secured himself a deal for this year. Bloss will race the 250SX East class, before moving onto the big bike outdoors.

Note: Josh Hansen returns to Monster Energy Supercross with his own team, but will pilot a Husqvarna this time around. ‘100’ will race in the 250SX West class.

Note: The Star Racing squad have had a turbulent off-season, as Colt Nichols broke his femur early on. Dan Reardon was drafted in as his replacement, so is not expected to continue with the team in the outdoors, and is expected to race 250SX West.

Note: The Rock River outfit have acquired the services of two rookies to sit alongside the veteran they are fielding in the 450SX class. Bradley Taft will represent the team at Anaheim 1.

Note: Monster Energy Pro Circuit Kawasaki enter the season with three of their riders from last year and Justin Hill, who rode for the team during the first two years of his career. Hill spent the last two seasons on a KTM.

Note: Tristan Charboneau, a Monster Energy Supercross rookie, will compete in a majority of the 250SX West rounds, then switch to the EMX250 series. Marshal Weltin will be his teammate in Europe.

Note: It’s not official, but Jeremy Martin is expected to race the 250SX West class for Geico Honda. Christian Craig would race on the opposite coast, if that turns out to be the case. Chase Sexton broke both wrists before Christmas, but is expected to be healed in time for the first round of 250SX East.

Note: Kyle Chisholm will race the 250SX class for the first time since 2008, but is expected to end up on a big bike again when the circus travels east. Cameron McAdoo, a rookie, will race a 250F for MotoConcepts at that point.

Note: After firing their 250SX effort up again last year, Suzuki will carry the programme into its second season. Things have changed somewhat, however, as JGR are going to take care of the riders at the races, but Yoshimura are handling things behind the scenes.