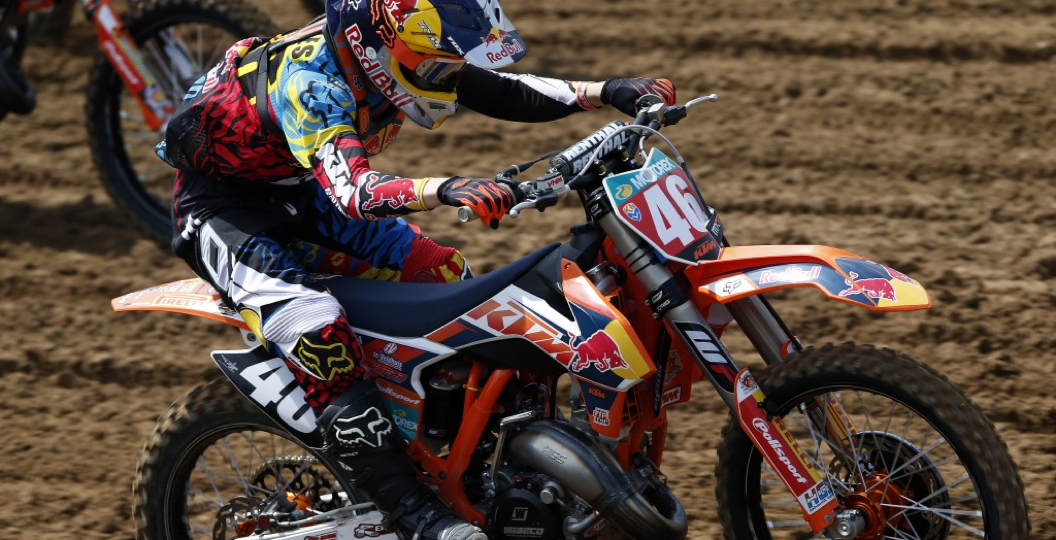 KTM Racing has signed young Dutch talent Davy Pootjes as a factory rider for the Austrian brand, Pit Beirer, Head of KTM Motorsport has announced in Loket, ahead of the fourteenth round of the 2014 World Motocross Championship.

Pootjes, at 16 already a seasoned KTM rider and title winner in the junior categories of international racing, will contest the European Championship 250-class (EMX250) in 2015. He may also ride in selected races in the senior class, Beirer said. Pootjes has signed a five-year contract with KTM.

The signing of the Dutch rider has everything to do with securing the next generation of KTM factory riders. “This is not about now, but about the future,” Beirer confirmed. “Davy will get the right training and specialist guidance from our team experts. This is going to give him the best possible chance to develop into a fully fledged senior factory rider.”