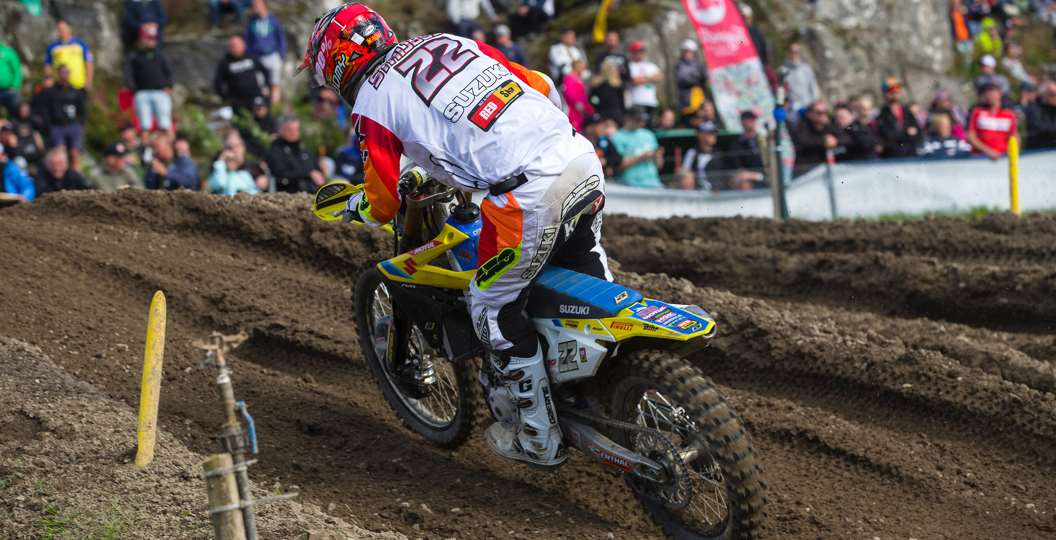 Brian Bogers has been discussed frequently this off-season. Firstly, in a rather controversial move, he signed for the HRC outfit and replaced Evgeny Bobryshev. The move sparked debate, as Bogers is obviously an unknown quantity on a 450F, so he is eager to prove himself to the naysayers. It is likely that his maiden term will be rather difficult now though, following a practice crash that left him with a shattered foot. We got in touch with Bogers to discuss his new team, injury and what it is like to read negative comments from fans. There are plenty of interesting titbits buried in the feature.

Evgeny Bobryshev has finally secured a ride in the FIM Motocross World Championship. Fans across the globe are breathing a sigh of relief, as the former Grand Prix winner will add a lot to the competitive MXGP division. After Benoit Paturel, who now has no deal, parted ways with the BOS GP team, Bobryshev got in touch with the all-new team and struck up a deal. Bobryshev spoke to us exclusively about the move, as well as the fact that HRC contacted him to fill-in for Brian Bogers, on the second link above. It is certainly going to be a hectic year for the RM-Z450 pilot.

MX Manager, the only fantasy game based around the FIM Motocross World Championship, is back with some minor improvements that should significantly improve your experience. You can sign up to MX Manager and start to build your team now, as well as create a private league for you and your close friends. Are you desperate to win the whole thing this year? We put some useful tips and facts into the feature that is linked above. What would be the first thing that we would suggest? Purchase the VIP option that will allow you to have unlimited transfers each week.

The FIM Motocross World Championship calendar has been updated once again. The Grand Prix of Sweden, which was supposed to be held in August, has been cancelled due to last-minute changes. What were those exactly? It seems as though an issue in Uddevalla left the promoters will no choice but to pull the plug. It is a great shame, as Uddevalla was one of the most historic circuits on the calendar, but there was simply no way around the issue. The calendar now consists of nineteen rounds and can be viewed on the link above. What event are you hoping to hit up?

Standing Construct KTM have really had an awful week. There is simply no other way to look at it. Kevin Strijbos broke his collarbone on Thursday, firstly, and is now questionable for the opening round, which will be held on the first weekend in March. Just twenty-four hours later, Valentin Guillod crashed at RedSand and broke his leg. The team may end up with no riders at the Grand Prix of Patagonia-Argentina. Further details have not yet been released, so stay tuned to MX Vice for more on the injuries that the riders sustained. Who knows, the team may even end up with a fill-in guy.

Steve Matthes always brings brilliant insight to MX Vice. Matthes, our correspondent in the United States, filed his column from Houston earlier this week and packed plenty of interesting thoughts into it. Did Ken Roczen get tired in the main event? Will any of the heavy hitters return at Anaheim 2 this weekend? Will Justin Barcia get his deal with Monster Energy Knich Yamaha Factory Racing extended? All of that is included on the link above, as well as some thoughts on the triple crown format that will be put into place at Angel Stadium this weekend. By the way, you can watch practice from Anaheim 2 live on MX Vice.