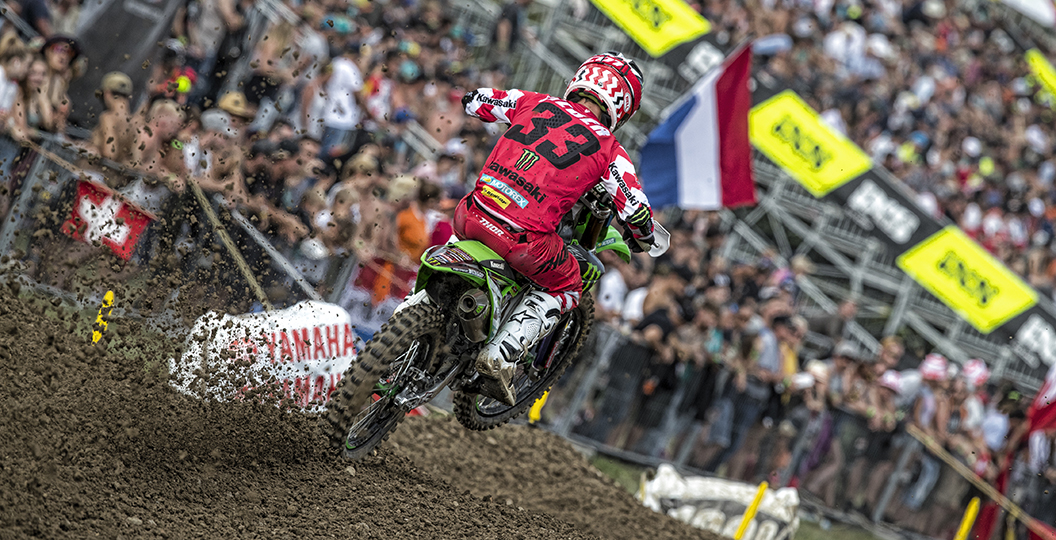 The final round of the FIM Motocross World Championship concluded a little over two weeks ago and some are still basking in the success that they have experienced over the previous six months, whilst others have an eye on the upcoming term. The fact that the calendar for the new season was updated earlier today has put even more emphasis on the latter.

It is fairly typical for the second version of the Grand Prix schedule, which is always sent out at this point in the year, to feature significant changes and this one is really no different. What is the greatest change that has been made? The location of the first round is still unknown, which is a slight surprise, but it still seems as though kicking things off in the Middle East is the goal. There were a handful of sceptics who presumed that idea would not materialise and then the series would start in Argentina again, before returning to the traditional circuits in Europe. Things have gone the opposite way though.

Argentina is no longer a part of the FIM Motocross World Championship, which most are distraught about. It was extremely unlikely that Neuquen was going to return anyway, because that rumour had been floating around for a while now, and instead it sounded like those in positions of power were searching for a venue closer to Buenos Aires. A solution was not reached and therefore it seems South America will not be visited at all in the new year. It would not be surprising to see the nation return in the future though, as it was so successful and welcomed by fans and industry members alike. For now, however, it seems there will no round in the Americas. The new term will mark the first time that has happened in eleven years.

The rounds that follow are fairly normal, except for the fact that the Grand Prix of Great Britain will be run a lot earlier than usual. That is old news at this point though and has been analysed way more than it needs to be. It is most intriguing that there will still a ten-day gap between the two Chinese races, Hong Kong and Shanghai, as most are still unsure of how to tackle the extended break. It is likely that most will either make their way back to Europe in order to spend a handful of days on the bike or even travel to an exotic location that would make it easier to do some on-bike training. It is almost unheard of for a rider to spend ten days off of the bike and then head straight into a high-profile event.

The Grand Prix of Lombardia will follow the Chinese stint and therefore occupy a date much earlier than it typically does. It also means that two of the first seven events will be run in Italy or, even more surprisingly, there will be two Italian rounds within five weeks. There will be around three hours between the races too, so for the most part they will be trying to attract similar fans. The track that will play host to the Grand Prix of Lombardia is still unconfirmed. One would presume that both Ottobiano and Mantova are in the running, because those tracks have filled the berth in recent years. Perhaps Youthstream have a trick up their sleeve though?

There are other minor changes: Events in Latvia, Germany, Russia, Portugal and France have changed dates. There is nothing too drastic though, aside from the fact that the Portuguese Grand Prix has been moved forward by four months, although it has left those in the industry scrambling to change the dates that they have booked hotels for. The only other significant change is that the Grand Prix of Sweden is back, following an absence of a single season. The Swedish event has become a difficult one to gauge in recent years, even though it has been a regular stop for so long, as questions about track preparation and funding have been raised. Perhaps this will be treated as a fresh start?

Although the riders may not rave about how great the Grand Prix of Sweden is, there is no doubt that it is a great one for spectators and fans of the series. Fans are desperate to see more old-school circuits on the schedule as opposed to man-made facilities, so this addition should tick a lot of boxes for those across the globe. It has always been about nailing down that right mix and it seems as though that has been achieved, seeing as the ratio has not altered much recently. There is going to be something for everyone next year.