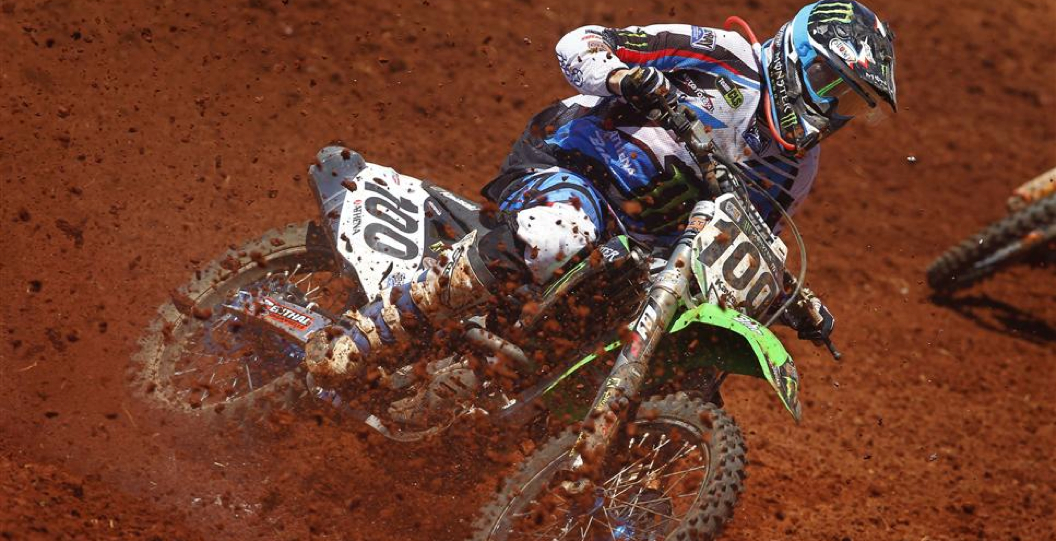 Under the Radar: GP of State of Goias

Julien Lieber:  If ever this column was appropriate for a rider then it was Julien Lieber this past weekend! I don’t think anyone, including Lieber himself, thought he would be so fast! The diminutive Belgian’s performance was a bolt from the blue especially with only a limited time on the Standing Construct KTM. Lieber is talented but he has never unleashed his potential like that, usually only showing mere glimpses. Whether it was down to having a faster bike, having extra motivation to prove a point to Suzuki or because he knows he has to step it up for the Belgian team (he will fill the MX2 berth for his nation at the MXoN), Lieber finally produced and showed everyone what he is capable of.

The talented and smooth Belgian appears to have finally been given the tools to show his talent, and presumably he will only get better from this point onwards. Just having one ride like he did in Brazil is enough to give a rider enough confidence and momentum to build off of in the coming weeks, so it will be most interesting to see how he performs in Mexico this weekend and of course at the Motocross of Nations in just two weeks.

Shaun Simpson: Man, you have to feel for Shaun Simpson! The Scot has been in a fierce battle for fifth in the championship for quite a while now, but a pass that he attempted to make on Dean Ferris went wrong in race one and he ended up on the ground with a dislocated shoulder. Fortunately he got his shoulder back in the socket relatively quickly and even managed to line up for race two, where he fought hard for a remarkable sixth place. Simpson lost his fifth place in the championship, but is only ten points behind a crash-prone Steven Frossard heading into the final round in Mexico this weekend.

Simpson showed just why he has so much support from the fans in the UK; he is as tough as nails and just gets on with it. When you put this trait alongside his tendency to post consistent top five finishes, it is most surprising that he hasn’t got a factory deal for next year. Hopefully the shoulder isn’t too badly damaged and Shaun can still take his place as team leader for Team GB in Latvia.

Tim Gajser: Tim Gajser claimed his maiden moto win (and Honda’s first in the class since 2009) on Sunday, but it was almost lost in the hype surrounding the championship fight and Febvre’s overall win. However, Gajser showed why he is the most promising rider in the class with a runaway win in race two. A crash in the first race dashed his hopes of the overall victory, but his talent was evident in his flawless second moto ride. This was a huge victory for the seventeen-year-old and will boost his confidence immensely going into the off-season.

Gajser could well be Herlings’ greatest threat next season and getting the sweet taste of victory is only going to strengthen his desire to be up front in ‘15. HRC will also be boosted by this victory and will push even harder to provide Tim with a machine to rival the KTM next year, which is undoubtedly their goal in both classes – they have made no secret about that. It seems that this win is just the start for Gajser.

Davide Guarneri: Davide Guarneri sits ninth in the MXGP standings, was seventh overall in Brazil and took a fifth in the final moto – he has done all of that whilst going under the radar! He has been very impressive thus far this season and especially last weekend on the TM. Guarneri is a steady rider who is always there week in and week out, but he also has a turn of speed that is underrated at times. He has brought TM their best results in a few years and appears to gel well with the bike, so it is unsurprising he has re-signed with them for next season. He certainly fits the team well and seems to be exactly what they are looking for.

Guarneri has the Motocross of Nations to look forward to and he always produces some of his best performances in that environment.  So with his current form and confidence in the TM machine, Guarneri could well surprise a few more people in Latvia and this weekend in Mexico!

Tommy Searle: Tommy Searle had his best GP since Matterley Basin this past weekend, which is great to see. Two relatively decent starts inside of the top ten meant he got to see the pace of some of the faster guys for the first time in quite a while and despite a crash in race one, Searle still managed fifth overall.

Tommy had a good battle with Antonio Cairoli for a little while in race one, until the crash, and looked completely unfazed as usual. He stated post-race that he was trying to follow the Sicilian, but his wrist was still a little sore. So the fact that he managed to capture those finishes is quite promising! It looks like Searle is finding his form and his starts just in time for the Motocross of Nations, too – hopefully he can adapt to the 250F quickly! He will be looking to end the MXGP season with a bang before that race though.