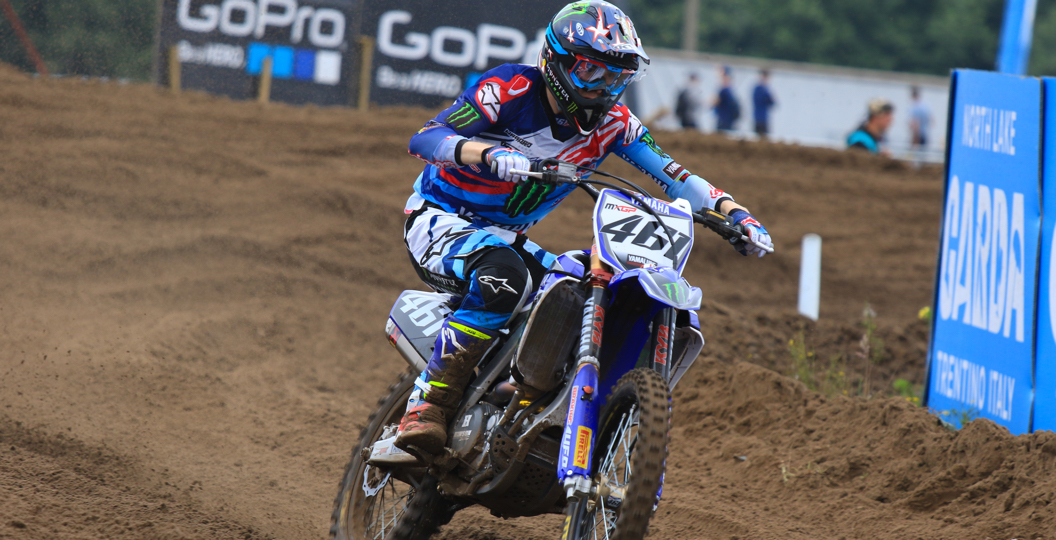 We understand that a lot of you are probably out and about, rather than glued to your television and watching every second of each moto. That is why we debuted this new-look race report, to help if you are in that situation. We’ll post the full results here, following each MXGP and MX2 moto at the Fiat Professional GP of Belgium, and a handful of points that cover everything you need to know. Simple, right?

Dylan Ferrandis took a massive holeshot in this one, but was passed by Brian Bogers very early on. Bogers was looking a little ragged at that point, however, and eventually handed the lead back to Ferrandis after going down. Ferrandis lost the lead again when his teammate stormed through, but then took it back again, before giving up the top spot for a final time to Max Anstie. Anstie would go on to take a clear win from Petrov and Benoit Paturel, who benefitted from some misfortune that Brent Van Doninck encountered. Van Doninck was pushing for second, but crashed right at the end and had to limp home in eighteenth. Dylan Ferrandis also fell victim to some bad luck, as his bike expired and left him with zero points.

Jake Nicholls officially took the holeshot in this one, but Max Nagl stole the lead immediately and never looked back. Kevin Strijbos pressured him early, before falling into the clutches of Shaun Simpson. Strijbos was actually as far back as fourth at one point, but passed Romain Febvre back. Febvre then lost fourth at the end, when Clement Desalle made an aggressive move to steal the spot. What about Tim Gajser? He crashed twice and took an eternity to get his bike started the second time, so lost a ton of time. Tommy Searle had bike issues and was forced to withdraw very early on.

Although Conrad Mewse took the holeshot in this one, Jeremy Seewer forced his way into the lead almost immediately and then attempted to establish a gap. He did that quite well, actually, but was eventually hunted down by Max Anstie, who started in the lower half of the top ten. Dylan Ferrandis saw off a lot of pressure from Brian Bogers to finish third in the moto, but that position could have gone to Brent Van Doninck. ‘172’ was again running the pace of the leaders, but a crash derailed his chances. What happened to Adam Sterry? He was running twelfth, went missing and was then seen riding back to the paddock.

Report coming soon. There are podcasts to be done!