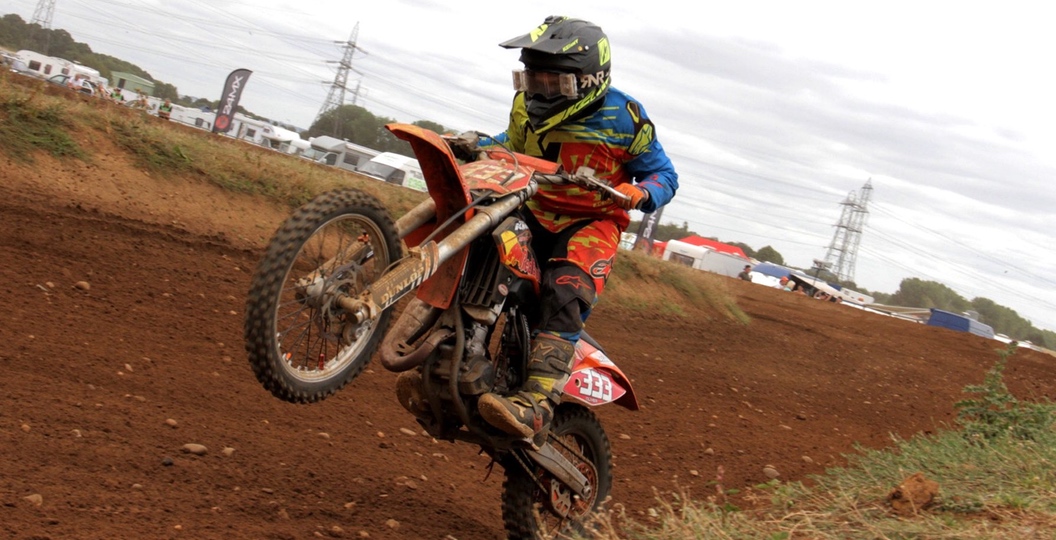 The BSMA Finals has always been a special event, as just getting to the race is an achievement on its own. This year was no different with the riders having to put in the performance earlier in the year to get to race at the Oxfordshire circuit of Culham. The track was prepped to perfection and heavily watered to avoid the dust. This meant that it got rough and rutted making it very technical for all the riders.

The AMX class had some of the best battles with the top four of Rob Yates, Lee Truman, Jack Timms and Paul Neale really setting the pace at the front. The four would start strong, but it would eventually spread to a battle for the lead and a battle for third. Rob Yates was the most consistent and took three wins out of five granting him the overall ahead of Truman and Timms. Neale had to settle for fifth overall after a DNF in the second moto.

The Seniors again had some great racing. Ieuan Harris and John Mckenzie having some great battles, whilst Brooklyn Evans kept his two-stroke screaming in order to keep up with the front runners. He had the pace to secure some solid results and would finish third overall. Luke Scarsbrook, one of the favourites coming into the weekend, had a mediocre start, but would then improve throughout to finish fourth overall.

The Big Wheel class is always one with awesome racing and this weekend was no different, but the real battle was for second. Dominic Lancett was just a little out of reach. Lancett took four wins out of five, but went down in the final race. “In the last race I crashed and got my handlebar stuck on my boot, somehow. But got back up to fourth giving me the overall”

Callum Beeken and James Hanscomb battled all weekend like they have been all year in the national series. Beeken would come out on top claiming second overall and Hanscomb would finish third.

Just two points separated first and second in the SW85 class. Billy Duke struggled slightly on the opening day and Ben Watkins thrived. Then on day two the tables turned and Duke really found his form dominating both races, while Watkins has some slight misfortune giving Duke the chance to take the overall.

It was a sad end to the weekend for the Junior class as the race leader, Lewis Roden, went down on one of the step-up jumps in spectacular fashion. After cartwheeling through the air, he ended up with a nasty compound fracture on his arm. This brought out the red flag and was the end to the weekend. In terms of overall results, Roden has been given the title ahead of Hope and Poole.

Freddie Bartlett was all but perfect in the autos as he only dropped two points on his way to being the BSMA auto champ. In the other four races he completely dominated and therefore throughly deserved the title. Freddie Gardner was the guy to take the win when Bartlett couldn’t and would finish second in all the other races. Also making him deserving of the second place spot.

So that’s it until next year’s finals. We would also like to wish Lewis a speedy recovery and look forward to seeing him back on the bike in the future.