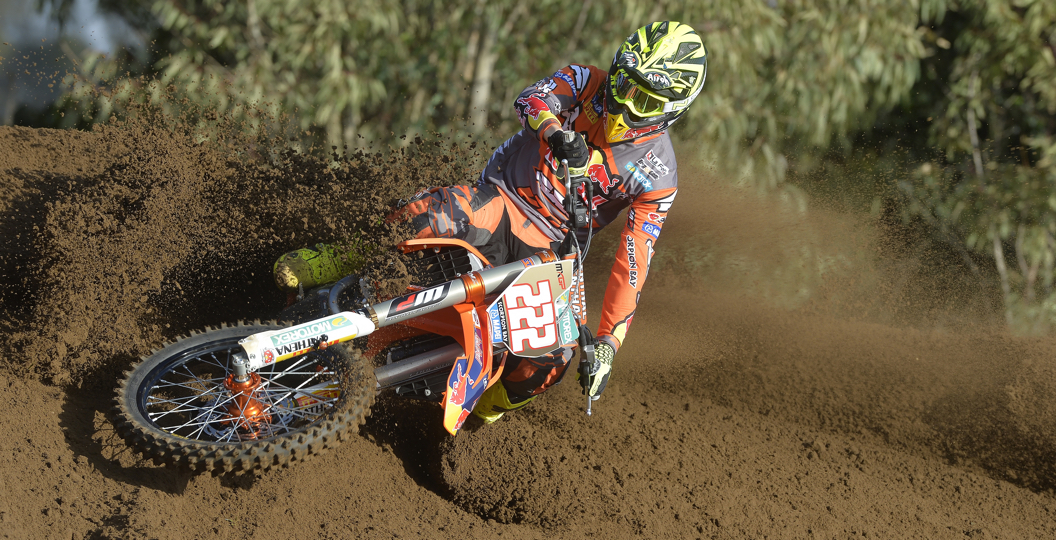 Well, here we go folks. The 2015 FIM Motocross World Championship is just around the corner, and we’re certainly in for a treat. Who is going to come out on top, I hear you ask? It could be Villopoto, Cairoli, Paulin, Desalle or someone else. In fact, it’s easier if we just dissect the top riders below…

Antonio Cairoli: Cairoli isn’t entering the season as the heavy favourite, which is a position he isn’t too familiar with. Since he first stepped up to the MXGP (formerly MX1) division in 2009, it has almost been a foregone conclusion that he would win the title each year. Although other riders have matched his speed, no one has shown that they have the consistency to go the distance.

However, the Sicilian will go up against a rider that is just as fast, dominant and experienced this year. It’ll be interesting to see how he adapts to that, although there doesn’t seem to be too much that can faze him. In my opinion we will see Cairoli start with some consistent podium finishes, but once the series returns to Europe he’ll really start to shine…

Ryan Villopoto: It still seems surreal that we’re looking at a straight up brawl between Cairoli and Villopoto! I would put Ryan equal with the reigning champ going in, despite the fact that he is new to the series and hasn’t raced a lot of these tracks. Although some foresee this being a problem, there is plenty of time to learn the circuits on the Saturday. He is a phenomenal rider – he can go fast anywhere. You’re kidding yourself if you think otherwise. I’m not saying he’ll be able to battle Cairoli every week, but he’ll always be up there.

My prediction? He’ll come out and win a majority of the motos at the first three rounds, but once we get to tracks like Arco di Trento the tide may start to change. He’ll still be on the box and challenging though, trust me.

Gautier Paulin: I don’t know why, but I’m close putting Gautier down as a title contender along with the two riders mentioned previously. He has never been able to stay in the hunt over the course of a full season, but reports from the HRC camp have been overwhelmingly positive (although would you expect otherwise). With JMB and HRC in his corner, I think we’ll see Paulin take the third most GP wins this year. In fact, I wouldn’t be surprised to see him win Qatar. It suits his technical style, after all, and he has form there. None of this will matter if he can’t stay healthy though – that’s the greatest question mark.

Clement Desalle: There was a point last year where Clement was just as good as Cairoli, if not better. No one seems to remember that though, hence why he is entering the season a little under the radar. He got a bit of a late start over the winter due to injury, but his results at the pre-season races suggest he is still on form heading into the opener. Like Paulin, I don’t see Desalle having the consistency to challenge for the title. However, on his day he’ll be able to go 1-1. Those days may be few and far between this season though, simply because there are so many contenders.

Jeremy van Horebeek: Jeremy van Horebeek has had a very quiet off-season, and probably feels like he is being overlooked. Honestly, he is; we’re all guilty of it. The Belgian was second in the championship last year and had an unbelievable streak of podiums going, so he has the speed. However, I don’t see him replicating that this year. If everyone stays healthy, consistent top five finishes would be a great achievement for him. Again, he could win a GP if things go his way; he needs to be ready to capitalise when the opportunity arises though.

Tommy Searle: It is still quite amazing that Tommy Searle has not yet finished on the overall podium in the MXGP division (although he was robbed once), but you have to think he’ll get that monkey off of his back this year. It could happen before the series returns to Europe; he obviously has the speed. Will he win? I can see him taking a moto win, but I’ll wait until I see him ride the KTM (which he is very happy with, by the way) in person before I predict whether he can take an overall. One thing is certain though: You will see a much better Tommy Searle this year.

Max Nagl: Max is another rider that has been overlooked (I wonder how many times I’m going to have to say that) over the winter months, but don’t forget that he was dominant towards the end of last season. When he first moved to HRC, they were trying to get the bike to react like a KTM, as that was the bike that he was most comfortable on. The Husqvarna is obviously very close to a KTM, so I expect the German to be very comfortable. However, he will more than likely be his usual inconsistent self – leopards don’t change their spots!

Kevin Strijbos: Kevin Strijbos has been the biggest surprise through the pre-season races, in my eyes, but I’m not sure how much you can take from his rides. The internationals tend to produce irregular results, but we know Kevin has that potential to be in the mix. Unfortunately he sat out Mantova this past weekend to rest the tendonitis in his wrist, so how much that will impact him in Qatar remains to be seen. If Kevin takes his first GP win since 2007 this year, I wouldn’t be surprised in the slightest.

We’ll have the second part of this preview online tomorrow, with a look at the rest of the MXGP field.