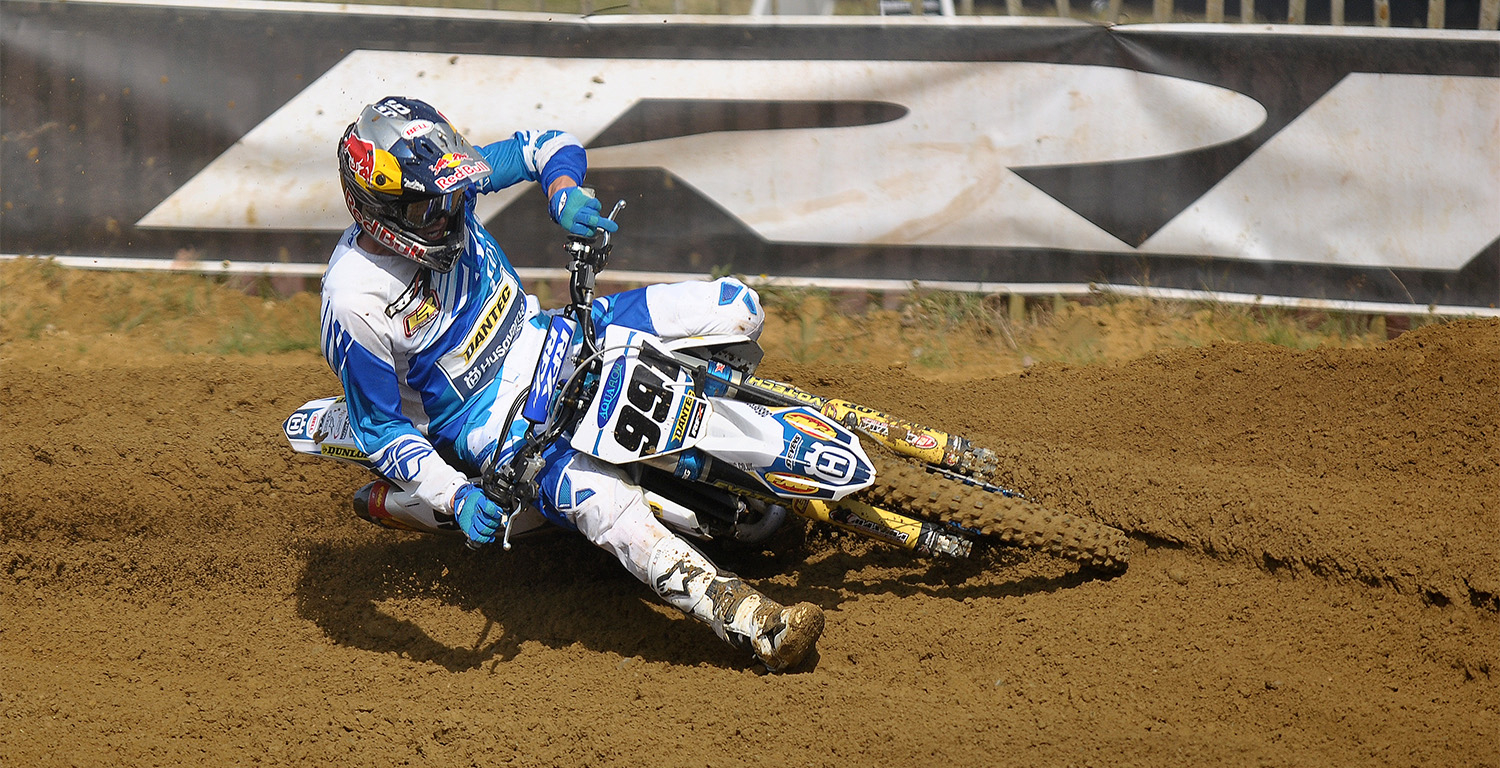 450MX class goes down to the wire:

The 450MX title fight will go down to the wire, as expected, although the gap between Ken Roczen and Ryan Dungey has opened up a little bit. Twenty points is the difference at the moment, so as long as Ken finishes fifth (or better) each time, he will be fine. However, this is motocross – anything can happen. Guys like Eli Tomac and Trey Canard should be able to the split the two, and actually fight for the win. Tomac was simply unstoppable in Utah last year, and Canard has some positive momentum behind him following his switch to KYB.

Battling for the runner-up spot:

Although the 250MX championship is locked up, the fight for second is extremely close, as just seven points separate Blake Baggett, Cooper Webb and Marvin Musquin. Who will take it? Honestly, it could be either one of the three. Obviously Marvin has the most work to do, but he may be the rider that is on-form at the moment, so if he continues that trend he will be battling for the win again. It is going to be an intriguing battle, and one that I’m sure each rider wants to excel in, as they must have much larger bonuses for the runner-up spot.

Exiting the series with a bang:

Although the series may not have gone as well as some would have liked, I am sure that every rider will be looking to exit the series with a bang and make a statement heading into next year. Jeremy Martin will want to cement his position as the champion, whilst the riders behind will be looking to secure the best finish possible to secure a strong place in the standings. Jason Anderson and Justin Bogle are still searching for that elusive first victory, and Dean Wilson wants to end his 250F career with a strong result following a disappointing season. There are a lot of stories to follow in the 250F class!

The Miller Motorsports Park track received negative reviews following the inaugural event last year, so they responded by completely changing the track for this weekend. It seems that a lot more sand has been brought in, and some larger jumps have been added. It should be a lot better, which will please a lot of people. There is supposedly the threat of rain, which could shake things up!

Make or break time for Whatley:

Kristian Whatley made some good progress in the MX1 MX Nationals championship at Canada Heights, as he cut the points lead that Nathan Watson has to thirty-one points. The MBO Sport Yamaha rider (who will be making the switch to Honda next year) could potentially make a run for the title, as he is on form at the moment. However, he will have to beat Nathan at Culham, a track that the series leader was strong on at the opening round. That is a point everyone is holding onto, but don’t forget, Whatley won the first moto at that round – he is more than capable. He just can’t let Nathan extend that gap at any of the next three rounds.

There are a handful of riders that have only appeared at a handful of MX Nationals rounds, because they have been competing in the EMX250 series. Well, now that the European championship has concluded, they will be in action at Culham this weekend. Ben Watson, Adam Sterry and Steven Clarke, to name a few, will be taking part and should be a spoiler in the title fight between Neville Bradshaw and Bryan Mackenzie, as they are bound to get between the two.

Interestingly, MX2 British Championship contender Mel Pocock has also picked up a wildcard ride at the round, so he will be looking to claim all three wins and will also steal points from the title contenders. You also shouldn’t overlook the fact that Steven Lenoir, despite having to miss a round earlier this year, could inch closer to the leaders if these riders can help him make up a chunk of points. It’s going to be exciting!

The penultimate round of the Australian Monster Energy MX Nationals will take place this weekend, also, at Gladstone. Everyone is quite spread out in the premier MX1 class, as the series leader, Matt Moss, has a forty point lead over Kirk Gibbs, who seemed to be making inroads in the middle of the season. Billy Mackenzie is forty-two points further back in third, but he is just ninety points up on Adam Monea, so the fight for the final spot in the top three could get interesting over the next two weeks! The MX2 title fight is far from over, as thirty-nine points separate the top three with Luke Clout leading the way.