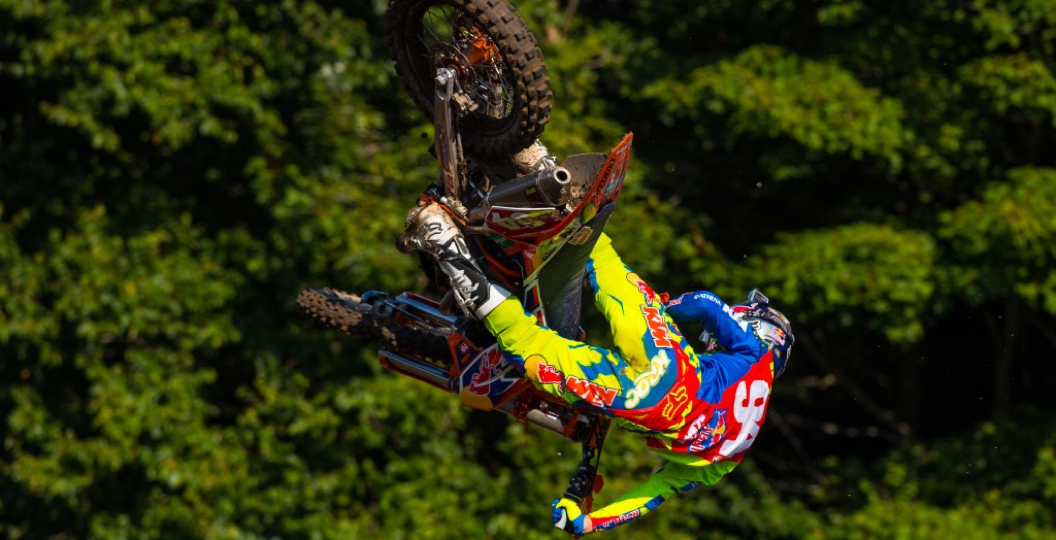 It is always quite exciting when a series visits a new circuit for the first time, and that is exactly what the Lucas Oil Pro Motocross series will do this weekend! Indiana will be the area that the round is held, and the track looks like one of the best, judging by the animated track map that was released earlier this week. With a lot of elevation, large jumps and perfect soil, it should be the perfect setting for the penultimate round.

Following his ride at Unadilla this past weekend, Ryan Dungey is just seven points down on his Red Bull KTM teammate and the undoubted favourite for the 450MX title. Kenny is clearly struggling still, for reasons yet to be identified, and will be desperate to at least minimise the damage this weekend to give him a fighting chance heading into the finale. Most in the USA have likened the Indiana circuit to Red Bud, which is a track that Roczen dominated on a couple of weeks ago. So, perhaps he will be stronger than we have seen him? Based on recent results, it would be a surprise to see him win or even beat his more accomplished teammate.

Champ set to be crowned:

Following many consistent performances, Jeremy Martin has put himself in a position to secure the title at the penultimate round this weekend. The Star Racing Yamaha rider is sixty-six points up on his closest challenger, Cooper Webb. So, even if he suffers an untimely dip in form, he will still be in a good spot to take the first number one plate of his professional career. He is certainly deserving of the accolade, as he has been the strongest rider over the ten rounds that have been run.

Despite the fact that Eli Tomac missed the first four rounds of the Lucas Oil Pro Motocross season with a broken collarbone, he is in a position to potentially steal fourth in the series standings from Brett Metcalfe, a rider that has been present at every single round. Eli has been a podium regular since his return, but the fact that he has progressed through the standings like this is astounding. Twenty-eight points separates Eli from Brett, but based on recent events, it seems inevitable that the Geico Honda rider will steal the spot and salvage something this season.

Trey takes a turn at the top:

After months, and even years, playing the bridesmaid and filling the spots from second to fourth, Trey Canard finally garnered a moto win at Unadilla, his first in the 450MX class. The Muscle Milk Honda rider earnt it too, as he had Tomac, the man that beat him to a spot on the American MXdN team, breathing down his neck for the duration. I am certain that a fire will have been sparked in Canard now, and he will be looking for much of the same this weekend, which could make him a spoiler in the title fight.

Battle for sixth rages on:

There have been five riders this year that have proven to be a step above the rest of the field. Obviously Roczen, Dungey and Canard are on that list. Tomac joined the contenders when he returned from injury, and Stewart was in that mix before his season became unravelled. Behind them, there are a whole host of riders that make up the second tier and will be looking to grasp a solid result in the standings. It looks like Eli will end up fourth, and Brett Metcalfe has a small but comfortable advantage over his peers. However, the fight for sixth is heating up.

Andrew Short has a grasp on the position at the moment, but he is just three points up on Weston Peick. James Stewart is eighteen points further adrift in eighth, just ahead of Josh Grant. Any of these riders could potentially take the spot, even fifth if Metcalfe runs into an issue. It is suspected that Stewart won’t make it back at all this year, so he is ruled out, but the rest of the guys will be going at it. After all, being able to tell your sponsors that you finished sixth sounds much better than ninth!

The fight behind Martin:

Well, the fight for the Canadian national title is pretty much over, and it probably will not be Mike Alessi that is stood with a number one plate at the end of this weekend. Mike is forty-four points down on the series leader, so it would really take some kind of miracle for him to surpass Colton. It looks like MotoConcepts will not take a title in the MX2 class, either, as their rider (Vince Friese) is forty-two points behind Kaven Benoit. However, the two had some run-ins last time out, so there should be some more intriguing turns in the battle.