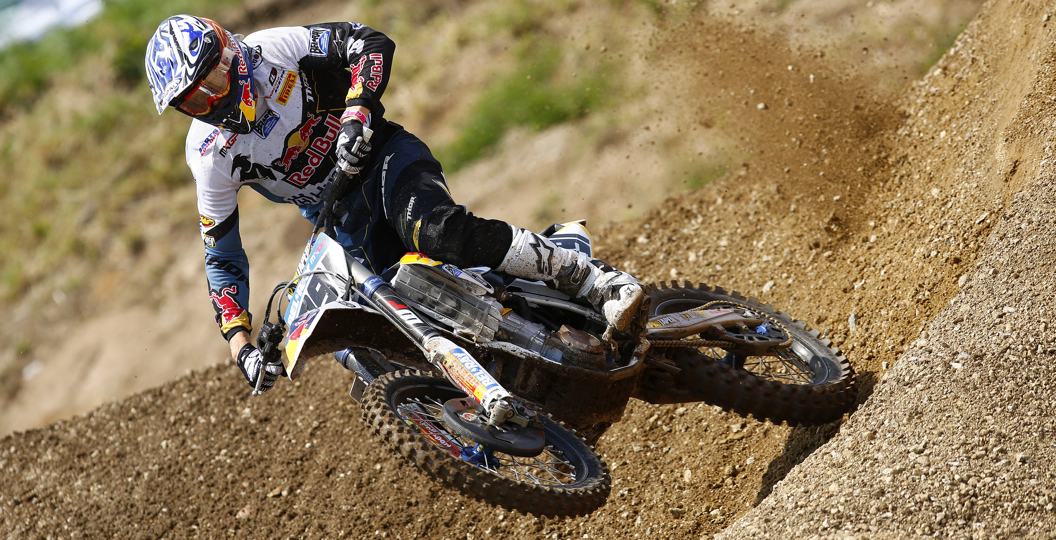 Well, here we are, another weekend is upon us! It is going to be a busy one, as you would expect for this time of year. In fact, there is so much going on that you probably do not know what you need to keep an eye on exactly.


Crunch Time for the EMX Riders:

The GP of Belgium this weekend will be the final European round of the 2014 FIM Motocross World Championship, so the various EMX championships will conclude, and there are still a handful of titles up for grabs! The EMX150 championship fight is one that most will be watching closely, as our own Albie Wilkie enters the finale with a ten-point lead over rival Jere Haavisto! Jere is the stronger sand rider, so whether Wilkie will be able to beat him straight up this weekend remains to be seen. However, his main goal will be to stay close enough to him to maintain his advantage in the standings and take the crown!

It is also quite likely that there will be a British champ in the competitive EMX250 decision, as Steven Clarke has an eleven-point cushion over Dutchman Brian Bogers in the standings. Bogers should be quite impressive in the sand, so Clarke will have his work cut out for him if he is going to claim the number one plate; he has been pretty much faultless so far though, so if he continues in that way he should be okay. Behind the top two, six points separate Ben Watson, Adam Sterry and Brent van Doninck in a battle for third. Although it would take a little bit of luck, either one of these guys could potentially take the title. You can be certain that they will be going all out, as top three in the series is a great accomplishment.

Samuele Bernardini is sat quite comfortably at the top of the EMX300 standings, and has won a majority of the races thus far, so he should take the title this weekend – Marco Maddii is thirty-four points down in second. Lewis Gregory is nineteen points further back, so he too could potentially move up a spot, if he does well this weekend. Brian Hsu is in a similar spot in the EMX25 series. Although he only has a twelve-point lead, Davy Pootjes (second in the championship) dislocated his shoulder again earlier this week, so he will not be in a position to challenge.

The deep sand of Lommel lends itself to the riders that are familiar with the surface, hence why a handful of specialists tend to thrive and surprise at the event each year. Antonio Cairoli is one of the strongest riders in the sand, which is bad news for the MXGP class – he will be extremely tough to beat. However, riders like Jeremy van Horebeek, Kevin Strijbos and Max Nagl are no slouches either, so he will not have thing all his own way. Shaun Simpson is also exceptional in the soft stuff, so he will be searching for his first overall podium of the year and maybe even a moto win.

With Jeffrey Herlings out of action, there are not really any sand specialists in the MX2 class. However, some riders are stronger than others. Jordi Tixier has really stepped up his game in the sand in recent years, and should be a favourite for another GP win. However, both Dylan Ferrandis and Romain Febvre will be desperate to claw some points back and will be more than capable of climbing onto the top step for the first time.


There is currently a clear leader in both the MX1 and MX2 classes at the MX Nationals, so this weekend (round five at Canada Heights) could be a pivotal one. The riders chasing Nathan Watson (MX1) and Neville Bradshaw (MX2) will be hoping to close that gap up before it gets too large to overcome. Neville has a gap of nineteen points over Bryan Mackenzie, and the two have been fairly even matched thus far, so it is all to play for with four rounds remaining!

In the MX1 class, Nathan Watson has a larger cushion of forty-five points in the MX1 class, and it is difficult to bet against him this weekend, especially seeing as he surely will have gained experience from his recent GP wins. However, on the other hand, Kristian Whatley is very strong around Canada Heights, so an interesting race for the win could emerge.

It is looking likely that Mike Alessi may not win the Rockstar Energy (Canadian) Motocross Nationals title, shockingly! With just three rounds remaining, he is twenty-seven points down on current leader, Colton Facciotti. The MotoConcepts team have called Jeff Alessi in off the bench, in an effort to help Mike, but it doesn’t look good for camp Alessi, unless Colton runs into an issue. However, it has to be said, he has been a model of consistency thus far and actually won just as many races as his accomplished rival. This is going to be an interesting one to keep an eye on, folks!

On paper, it seems like Matt Moss has been dominant in the Australian Monster Energy MX Nationals, but Kirk Gibbs (who is relatively unknown) is just eighteen points down with three rounds remaining. Matt does seem to be the stronger rider, but Kirk has been quite consistent, which has aided him in his quest to steal the number one plate. He has actually chipped away at Moss’ lead at the last couple of rounds, so the momentum is in his court too.