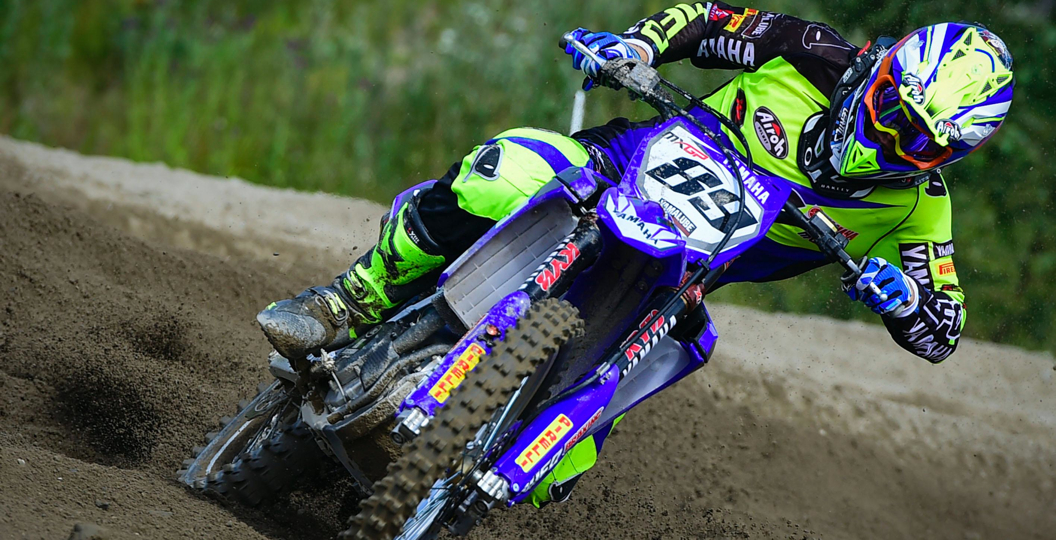 Lack of love for Loket:

Antonio Cairoli has not got the best track record at Loket, as the rocky, slick surface is hardly his favourite – he finished fifth overall straight up last year! With this in mind, a lot of the MXGP contenders will sense an opportunity to grab their first win of the season this weekend. Both Jeremy van Horebeek and Kevin Strijbos are in pole position to top the box this weekend, as they are both great on that type of surface and are desperate to clinch a win. Clement Desalle is contemplating a return too, so he could potentially repeat his success from one year ago, depending how his condition is.

MX2 title race is on:

Well, we did not see this coming – Jeffrey Herlings is out! So, the pressure is on Jordi Tixier. Although Romain Febvre and Dylan Ferrandis still have a shot at the title, they would basically have to win out. In comparison, if Tixier finishes fourth in seven of the motos and third in one, he will claim the number one plate. It is crucial that they get their title campaign off to a brilliant start this weekend, so we expect the race for the win to be a little more tense than normal.

Of course, the door is open for a rider to claim their first GP win too! Aside from Arnaud Tonus and Glenn Coldenhoff (with one apiece), no one in the MX2 class has stood atop the podium, which must be an exciting prospect for the guys. It will be most interesting to see how each rider reacts to the pressure. For instance, we know Tixier and Butron struggle in situations such as this.

Riding for a contract:

Although there have not been too many announcements, a majority of the top MXGP riders have secured contracts for next year (trust us, the deals are one). However, there are some great riders and a lot of the second tier that are hunting for a ride for the 2015 season still. Shaun Simpson and Steven Frossard, most notably, are still trying to get a ride on a factory team. With time running out, some will be eager to impress and may capture some surprising results.

Rumours suggest that both Clement Desalle and Gautier Paulin will be returning this weekend, which would obviously be an intriguing story to follow. Whether they will both be one hundred percent remains to be seen, but they will certainly be podium contenders and could steal points from others. Paulin has been off of the bike much longer than originally predicted, so it’ll be great to finally see him return.

Dungey has to act now:

Although the momentum is no longer with Ken Roczen, Ryan Dungey has not really made any progress in the standings over the last two weeks – he could have grabbed that opportunity with both hands. Instead, he is still twenty-four points down, which will be tough to overcome with just four rounds remaining, especially because of how superior they have been.

Roczen has suffered in the second motos recently, so that could continue and may hinder him more than it has. That could be the deciding factor in the championship, but unless disaster strikes, I cannot see the series leader dropping out of the top five. So, for that reason, Dungey has to win in order to close the gap up.

All eyes on Eli:

Eli Tomac has all of the momentum following Millville, and many are intrigued to see if he can repeat his dominant performance. There is no reason why not, as he thrives at a handful of tracks that are coming up. Tomac could also capture fourth in the championship, if everything goes his way over the next four rounds. After missing the first handful of rounds, it would be great for him to finish up in a spot – I am sure that he would love to get up there.

It is going to be very difficult for anyone to beat Jeremy Martin in the series standings, as he is now comfortably ahead of his teammate, Cooper Webb. If Webb (or Blake Baggett) wants to win this title, they have to take some points out of Jeremy this weekend. If the younger Martin brother maintains his current gap, it will take a miracle for someone to rip the number one plate from his grasp.