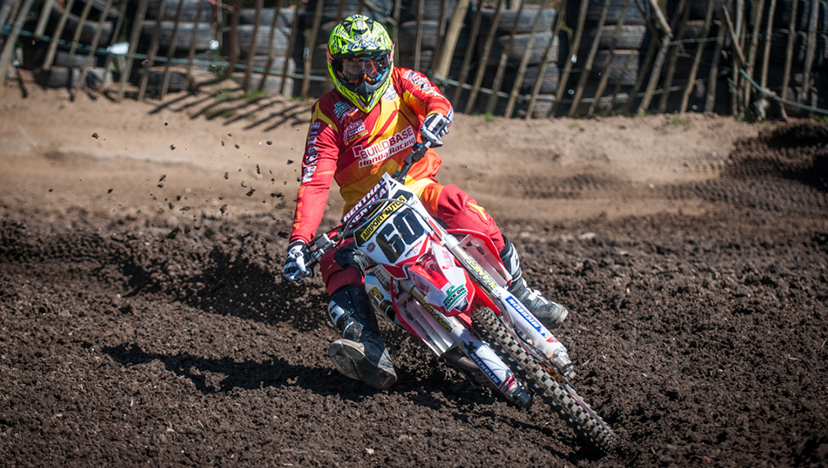 Following the cancellation of the third round, the Maxxis British Championship will finally resume at the popular track of Canada Heights this weekend. After a break of almost two months, there is going to be a lot of stuff to keep an eye on, this weekend. In this new feature, we put the spotlight on some of the more interesting storylines.

The return to Canada Heights:

For many years, Canada Heights has been a staple on the Maxxis British Championship schedule. But a lot of the guys will not have ridden there in almost two full years, as this round was cancelled last year, due to some bad weather. There are a lot of people are looking forward to the event, because of this – it is one of the greatest tracks on the calendar, according to most. The weather looks like it will be great, too, so it really is an event that is not to be missed.

The battle for MX1 supremacy:

The MX1 class has really been quite interesting, thus far this year, as both Shaun Simpson (the current series leader) and Jake Nicholls have separated themselves from the rest of the field. However, it still isn’t clear who is the strongest, out of the two. Shaun has won the most motos this year, as he has three moto victories to his name, whereas Jake has two; they are obviously very close. In the MXGP series, Jake has really picked up some speed in recent weeks, so in my opinion, he is actually the favourite for the victory heading into Canada Heights.

However, Shaun Simpson is obviously very strong, and he is also very quick on the Kent hillside. So, once again, we should see a titanic battle between the two, which is brilliant for the sport! Both guys seem to find another gear, when they return to the UK, hence why they have been so difficult to beat at the first two rounds.

Although Simpson and Nicholls have been dominant so far, I expect to see one of these three riders steal at least one race win this weekend. Kristian Whatley, Brad Anderson and Nathan Watson have all gained a little more speed, I think, since Lyng. Brad Anderson is coming off of a sensational victory, at the most recent MX Nationals round, so he is going to have momentum on his side. The Buildbase Honda rider may move up into third in the standings this weekend, if luck’s on his side.

Kristian Whatley, the reigning champion, is undoubtedly a hard-pack specialist. So, we expect him to be right in the thick of the battle for the lead this weekend, just like he was at Landrake (the first round). Whatley lost a considerable amount of points at Lyng, so he will be looking to make up some ground. Although Nathan Watson prefers the sand, he has proven that he is a contender on all surfaces; he too will leapfrog Elliott Banks Browne in the series standings this weekend.

Since the last Maxxis British Championship round at the beginning of April, a handful of MX2 riders have been contesting the EMX250 series on some of the best tracks in Europe. So, it is going to be extremely interesting to see if this has helped their speed and fitness. I wouldn’t be surprised at all if Adam Sterry, Ben Watson, James Dunn and Michael Eccles are a little stronger at Canada Heights. The same goes for Lewis Gregory (MX1), who has taken part in the first two EMX300 rounds.

The Search for a Moto Win:

Surprisingly, Mel Pocock, the current MX2 championship leader, hasn’t won a moto thus far this year, despite the fact that he has won the overall at both rounds. So, he will undoubtedly want to get that monkey off of his back this weekend. But it may be tougher for him to acquire than it may seem on paper, as the riders above are hungry for success, and Matiss Karro is blistering fast, obviously. Pocock has had a rough time of it in the FIM Motocross World Championship recently, too, so he will be looking to get some momentum on his side.

If you’re looking for a new series to follow, I would recommend the Monster Energy MX Nationals (the Australian national series), as the action has been quite exciting, so far. For the first time this year, Matt Moss lost a Pro Open overall last time out at the third round, as Adam Monea took the win, and took control of third in the standings. However, Monea is thirty-six points down on Moss (the series leader), still. Kirk Gibbs is between the two, in the runner up spot.

Although Jake Moss and Billy Mackenzie are fourth and fifth in the series standings, they both could win this weekend, as they’re blistering fast on the right day. However, consistency is an issue, so whether they will be able to put it together and clinch the overall remains to be seen. If either guy wants a shot at the title (they’re both expected to be in contention), they need to start making ground up immediately.

The Dutch championship will resume this weekend, also, and as usual, there will be some great riders present. In MX1, Marc de Reuver, Tyla Rattray and Joel Roelants headline the class, whilst Jeffrey Herlings, Luke Styke, Aleksandr Tonkov, Romain Febvre and Petar Petrov are going to be the greatest draw for the crowd in MX2. Obviously, Herlings is the favourite in the 250F class, and Tyla Rattray is in MX1. But, there should be some brilliant racing behind them.